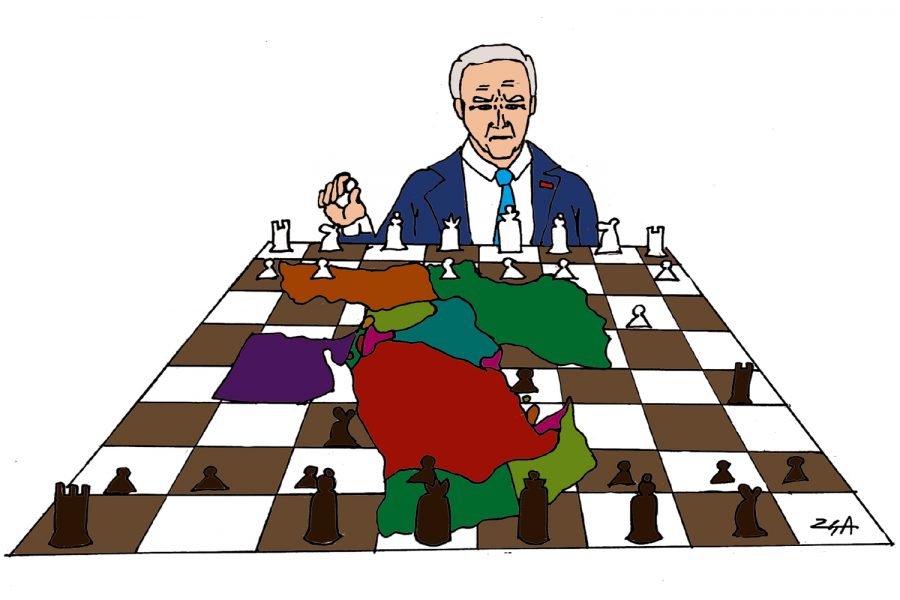 As Biden takes on his role as president, the rest of the world is watching his every move. The Middle East specifically will be a region that the Biden Administration will have to prioritize and address carefully, especially because of its complicated past with the U.S.

Hello! Welcome to my first foreign affairs column. Every two weeks, I will be looking at how a certain current event or global issue has affected the relations between sovereign nations.

President Joe Biden was sworn in as the 46th president of the U.S. Jan. 20. Global Risk Insights mentions that while this presidency is only two weeks old, analysts have already begun brainstorming what the next four years under a Biden administration will look like.

In addition to Biden’s key policies of fighting Covid-19, he has a number of other issues he must address. Managing the risks of climate change and limiting racial injustices are two key topics. However, foreign policy, like with any president, is one issue he will have to address, especially in the Middle East.

With political events, there is often a misconception that what occurs in one country should not be considered as important for those in other countries. This notion entails the idea that if one is not American, “why should they care about the U.S. presidential election?”

The U.S. is undoubtedly a global superpower. As such, the U.S.’s relations with other nations are critical to understand, thus making it entirely reasonable and necessary for countries to question how relations may shift from former President Donald Trump’s presidency.

According to Global Risk Insights, Biden aims to decrease the authoritarian presence of the U.S. in other countries “through the advancement of ‘soft power’; co-option and diplomacy rather than aggressive coercion.”

Under Trump’s presidency, Global Risk Insights said the U.S.’s relationship with Iran “hit an all-time low.” Tensions arose when the U.S. ordered a fatal drone strike on former Iranian general Qasem Soleimani Jan. 3, 2020. The attack occurred during the 2019-21 Persian Gulf crisis which began as a result of the U.S.’s withdrawal from the 2015 nuclear deal with Iran.

The rest of the world watched in fear, and concern that Iran’s potential retaliation against the U.S. could broaden into a larger global conflict grew. As a result, CNBC said it is likely that Biden’s administration will aim to repair the current relationship between Iran and the U.S. by “reviving” the multilateral coalition otherwise known as the Joint Comprehensive Plan of Action, which initially negotiated the deal that took place in 2015. Nonetheless, uncertainty still lies within the two nations’ relations as the extent to which Iran will be willing to compromise is still unknown.

In addition, Biden’s administration will have to face the undeniable fact that the Middle East has undergone political and economic turmoil for decades, alongside a vicious cycle of war and instability within the state-society relations of countries. These relations have been damaged by corruption and repression. According to Global Risk Insights, countries like Yemen, Syria, Iraq and Lebanon are in the top five positions as countries most likely to endure “state failure.”

While the U.S. has shown a considerable amount of interest in supporting the region through military aid, Trump has nonetheless made drastic cuts in aid towards several countries in the region. . For example, an article published by the Guardian in 2018 said the Trump administration “cancelled more than $200 million in aid for the Palestinians in the Gaza Strip and West Bank,” which lead to the Palestaian ambassador accusing the administration of being “anti-peace.”

While it is apparent that Biden plans to mend the damage infringed by Trump’s administration, his controversial record on foreign affairs under former President Barack Obama’s administration in 2012 will come back to haunt him, and has caused concern for those in the Middle East.

According to the Atlantic, the issue initially began when Obama was in office and Biden, who was Obama’s vice president, became the chairman of the Senate Committee on Foreign Relations. Criticism towards Biden derives from his vote to authorize military force in Iraq. The Atlantic said that Biden “claimed at the time that the authorization would avert war by pushing Saddam Hussien to let weapons inspectors into the country.”

The aftermath of the war left Iraq in turmoil, and the Iraqi government under the authoritarian and sectarian presence of Al-Qaeda. The organization, still alive today, essentially “morphed” into ISIS and made up 40% of Iraq in 2014. The extremist group spread through much of Iraq and Syria, and it essentially defined the Middle East as a volatile region. U.S. troops still remain there today.

The question of whether Biden is to blame for all this remains a subject of debate to this day. It is evident that as Biden assumes the presidency, he must avoid repeating his past mistakes and repair his controversial reputation with the Middle East.

Though it is not completely certain what Biden’s next move will be, it is nonetheless clear that he will have to restore and repair the U.S.’s global image, and avoid being seen as a constant threat by the Middle East. The tensions present between the two regions will make these goals undeniably difficult for the current president, and thus aiding relationships with and within the Middle East must be a priority for the Biden administration.