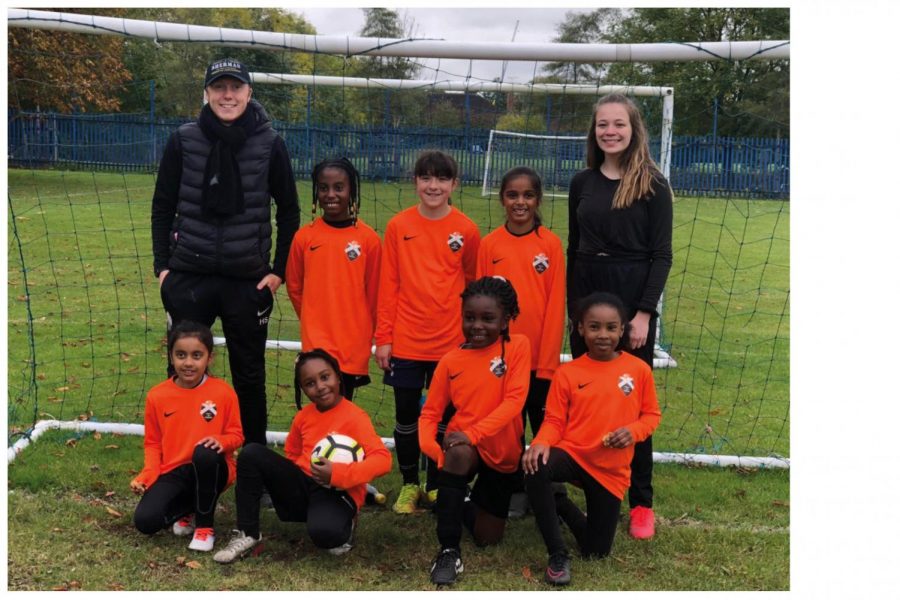 When I envision my senior year, it is impossible not to think about the opportunity to play varsity soccer. That had always been my plan.

I started playing soccer when I was about 5 years old because my brother did it, and I wanted to be just like him. Then, of course, I only played recreationally.

When I moved to London in Grade 8, I joined Kinja Football Club as well as the Grade 8 girls soccer team. These two teams sparked my love for the sport, and soon soccer became a significant part of who I am. I loved the rush of the game and constantly craved that feeling.

During soccer tryouts in Grade 9, I was astonished watching Mia Holtze (’18) play goalie. I wanted to be like her, and I already felt behind, considering when she was my age she was already on varsity.

It took me a while to fully understand that Mia was an exceptional athlete and that although I was considered “really good” by some people, she was just on another level.

While some people would take being called “really good” as a compliment, I didn’t because I simply did not believe it. Back then, I thought that if I was that good, I would have made varsity.

For the next two years, I continued playing in goal for the JV team and Camden Town Ladies Football Club. I returned to tryouts every year to fight for a spot on varsity, but it never came.

However, my dream was interrupted when the Athletics Department postponed the fall season due to COVID-19.

I was devastated but understood and appreciated the measures being taken to protect our community.

Yet, I did not give up. Instead, I clung to the minimal hope that it would start up again. This hope was driven by remembering the excitement of seeing a teammate before a big game, the rush of making a good save, and a longing to play at Canons Park even just one more time. But most importantly to me, it came from wanting to make my Grade 9 self proud. I wanted to say, “Look, you did it.”

In the past, I had missed several seasons, or parts of seasons, due to various injuries, but this feeling was different. Previously, my motivation was to get back to how things were before, but now I had goals for the future.

Senior year is an athlete’s chance to say goodbye to their sport or that chapter of their lives. While I hope to keep playing soccer after I graduate, I will never play high school soccer again.

I spent a lot of time on JV thinking about varsity, which resulted in great unhappiness. I would look around and see others having fun simply by playing, but having fun for me was when I was playing well.

High school sports are not just a time to grow as players. Rather, it is a time to develop relationships on and off the field, court, pool or track with your peers, and play the sport because you love it.

You cannot guarantee the future, so make the most of the sports you get to play when you can play them. It may be injuries, unforeseen circumstances or just time to stop, but there will always be an end to high school sports. Saying goodbye to a sport is one of the hardest things athletes have to do, and losing this season was a sort of goodbye for me.

However, not having three or four days of hourlong practices has given me time to devote my love of the game to other things. Last February, I received my level one coaching license with England’s Football Association, and this year I became the co-head coach of an under-nine girls team, which I have been able to continue doing even during lockdown, through virtual sessions.

While I am disappointed that I did not get the senior season I had always hoped for, I am grateful for the opportunity I have to coach the game I love.

So to those who are still able to play – enjoy it.