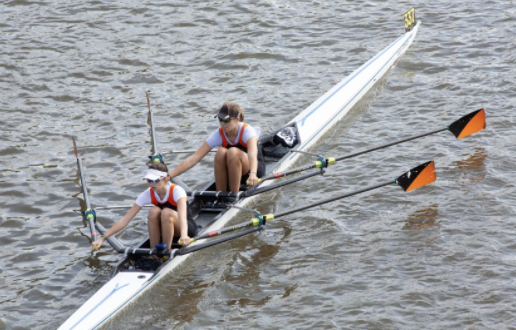 Due to the various lockdowns imposed in the U.K., the U.S. college athletic recruitment process has been more challenging for student athletes. Not being able to train, compete or meet college coaches in person are some of the many issues that student athletes have faced.

Director of Athletics John Farmer said during lockdowns it is challenging for students to be able to follow government regulations while staying fit for their sports.

“I hope that athletes and students in general are able to find ways to stay sharp, stay in tune with what they want to do and at the same time maintain a healthy perspective that the world is going through this,” he said.

Anna Duffy (’21), who committed to Cornell University for rowing, said she was only able to row on the water a few times throughout 2020. During lockdowns, she did fitness with the ASL crew team over Zoom, as well as extra workouts, but said it was impossible to emulate the in person experiences.

“Training by yourself is not the same as when you’re with your coaches and you have  your teammates around you,” she said. “You can’t replicate it and you can’t train with the same intensity,” she said.

Jake Fellows (’21), who committed to Georgetown University for tennis, said he spent the lockdown doing fitness at Paddington Recreation Ground. Fellows said this was the first time he had taken such a long break from playing tennis.

“I probably hadn’t gone more than like a week without playing for the last eight or nine years, so it was definitely a big change and something that was completely new to me,” he said.

However, Fellows said it did not take long for him to readjust to playing after the earlier lockdown.

“Once the lockdown came down and things went back to normal, it took like a week to get readjusted to the way things were before,” he said. “From there on, it was pretty much normal.”

Farmer said a particular challenge for students was not having access to facilities or being able to compete, especially when athletic organizations were operating in the U.S.

“Even though the rest of the world is faced with a pandemic, my understanding is a lot of clubs and organisations still operated in other places even if they weren’t school based,” he said. “That probably gave them a bit of access that unfortunately our student athletes didn’t get.”

University Adviser Nicole Thompson, who specializes in athletic recruitment, said the process was easier for students in sports such as crew to send college coaches their results remotely.

“In general, if you had an opportunity to send them some tape or stats and you could do that remotely, then that probably made it much easier to have that conversation and keep it going throughout the year when everything else was shut down,” she said.

Duffy said important results sent to college coaches include those from the National Schools Regatta, a junior crew race in the UK, as well as 2k erg times. She said coaches care more about erg scores since it is easier to compare them, especially when looking at students from the U.K. and U.S.

“I’m not racing them so I could be in a boat and row the same distance as someone in the U.S., but they have better wind,” she said. “With the 2k, it’s just a number that you can quickly see who’s faster, and it’s the same no matter where you are.”

Meanwhile, during the spring break of his junior year, Fellows said he was unable to travel to the U.S. to play in tournaments and visit schools, which is a major part of the recruitment process.

“That’s obviously a big factor for coaches that they want to know your skill level, so not being able to see me play was kind of an obstacle that I had to get around,” he said.

In terms of how many athletes were recruited this year compared to previous years, Thompson said the number remained pretty stable. She said the pandemic did not make as dramatic of a change in athletic recruitment at ASL as it did to other schools.

Thompson said the athletes that got recruited this year had all begun the recruitment process before the first lockdown.

Regarding the pandemic’s effect on recruitment in future years, Farmer said it will put an emphasis on students finding other ways to show their talent in sport.

“I’d like to think that there is going to be a period of time here for a year, where it’s a challenge for our students to get seen and have that collection of footage that they’d be able to demonstrate certain proficiency in their sport,” he said. “I think it will put a real emphasis on being able to figure out other ways to be seen.”

Meanwhile, Thompson said she sees getting sports back to normal as a priority, and she is hopeful that it will not have a long term impact.

“In many instances sports can either drive revenue at colleges, so again people are really going to want to get those reinstated as quickly as possible,” she said. “They’re also such a part of school culture that both on the college side and the high school side, I see that as being a priority in terms of getting us back to normal.”