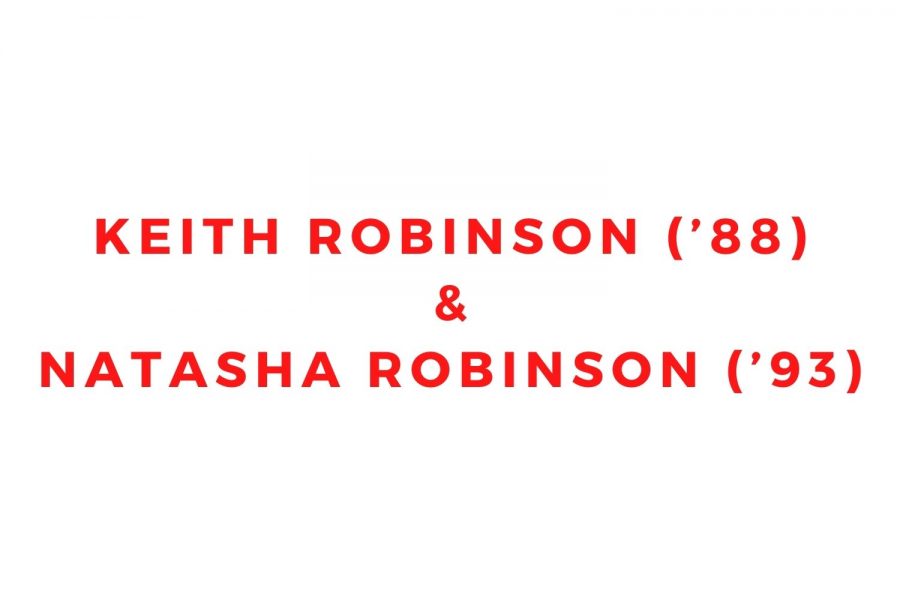 Keith Robinson (’88) and Natasha Robinson’s (’93) relationship sparked through their shared values and love for ASL. With a five year age difference at school, they crossed paths but did not have many interactions. However, in the summer of 2003 on his way to Paris, Keith stopped in London for a friend’s birthday party and Natasha, living in London at the time, was there as well – the rest is history. They are now married and have two boys: Alexander Robinson (’28) and Christopher Robinson (’31), both of whom attend ASL.

Natasha: He went to business school in Paris at INSEAD. He was living in New York and he stopped through London for a night on his way to move to Paris. We went to a common ASL friend’s 30th birthday party. The younger sibling was a very good friend of mine, and the older sibling who turned 30 was a friend of his.

Did you know each other?

N: You know what ASL is like. We knew each other because a lot of my friend’s older siblings were his friends, but we didn’t hang out or anything in school because I was much younger.

Keith: I thought you were super fun and really cool.

N: We really wanted our kids to go to ASL, that is why we moved back when our son was entering K2.

K: Also, we both had a lot of friends from our respective times at ASL and in London.

N: We still do. Both of our best friends in the world are all still from ASL.

So how did you spend your first date together?

N: It was at the restaurant Osteria Basilico.

How long is it before you decided to get married?

N: We dated for two years and then we got married a year later.

Where was your wedding and what was it like?

N: We got married at the Lanesborough and we had our wedding reception in Holland Park so we were in London for a while. Then we moved to San Francisco and then came back to London.

N: To be honest, I didn’t think I would get married pretty young.

Why did you want your kids to go to ASL?

N: ASL was the most important experience both of us ever had and we made friends who are still our best friends in the world. We just really wanted our kids to have that.

How did ASL play a role in your relationship?

N: We had a lot of shared experiences, maybe not at the same time, but we understood each other. That is what we still find with a lot of our friends. We have a lot of ASL friends whose husbands or wives don’t understand why they’re so deeply connected to their high school friends and we both get it. We understand the power of those relationships. There’s something magical about ASL. It just stays with you forever.

K: I lived in a lot of different places and I went to this school in France for a particular reason. I wasn’t necessarily going to live in London afterwards and when we started dating, that’s what brought me back full time after school. We were clearly different with a five year difference that’s relatively meaningful. But, over time, I got very close with her ASL friends and she is very close to mine. There is this kind of common language, and it’s this thing that binds people together from those shared experiences; it creates this kind of really interesting fabric.