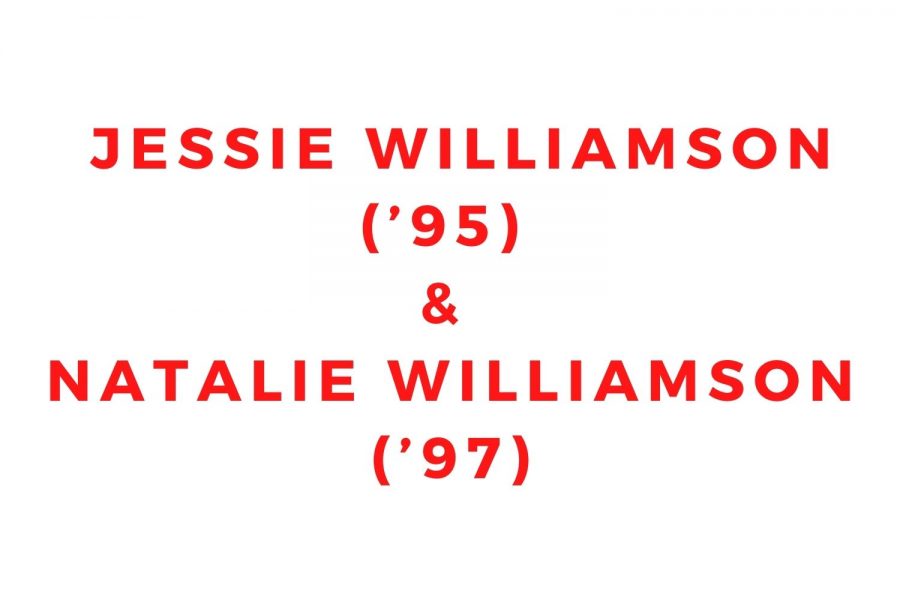 Jessie Williamson (’95) and Natalie Williamson (’97) described their reconnection after ASL as “pure coincidence.” Natalie attended ASL for three years in lower school while Jessie attended for four years in middle school. They said they may have passed each other in the hallways. Well into their working careers, Natalie became friends with Jessie’s stepsister who invited her over to their house in Bridgehampton for a weekend. Natalie said there was an element of love at first sight. They now live in New York City and have a 2 year old daughter named Sienna.

What was the story of you meeting?

Natalie: We were introduced via his stepsister Ron who was my friend years later from ASL. It was pure coincidence. One weekend in the summer in August I was invited by her to spend the weekend at Jessie’s family home. I met Jessie, his mom, his cousins, his dogs, his step dad, his brother, his sister and basically his whole family that same weekend. We were having dinner with his mom and I explained that my sisters and I all went to ASL and we realized that his family had lived there and Jessie went there. We were probably in the same yearbook.

Jessie: It was kind of a random meeting. She was good friends with my sister and I got a call saying, “would you mind if I came out this weekend to your mom’s place and maybe bring a friend?” And so you know, we were on really good terms so I said, “yeah, sure. Let me give my mom a call.” And the answer was yes. And so we met as a result of her sort of tagging along for the purposes of her hanging out with my sister. They were doing like a whole weekend of different social events. That was when we met in 2013.

N: We were well into our working careers.

J: We were both NYC professionals and I had been in a couple of longer term relationships. I was having fun dating and definitely not looking for a commitment at all. Then Natalie popped up out of the blue and we had this amazing connection. It really was like a shared experience for us as expats to be living overseas.

N: I would say for me the interesting thing was that you usually don’t meet someone’s family and go to their home until well into dating. I got a peek inside into more than just Jessie. I saw more than what is normal in your first encounter with someone. It allowed me to be a bit more vulnerable and not as guarded because we were real in a way.

How did you spend your first date together?

N: An entire weekend with his family hanging out.

J: We were going from one ridiculously cool party to another and there was midnight swimming with bonfires and the super mood crowd. But it was not a date at all, just me and my sister and Natalie just hanging around. Then we had our first date. [To Natalie] You thought it was one place but I thought it was another. It was a couple of weeks later in New York. I thought it was at a place called Desnuda in the East Village. The guy was a former sushi chef at Nobu who made Cuban cuisine.

N: My memory is that it was at a Mexican mezcal tequila bar. It was a cool Mexican spot where you could sit in birdcages and sip your margaritas.

J: You probably forgot our first date because you had so much fun. The reason I know this one was first is because I had to pick it. That was my pick and the Mexican one was your pick.

What did the two of you have in common that was evident from the very beginning?

J: I think ASL. When you are telling your life story, it is definitely one of the stops. So I think that came up pretty quickly.

N: I think just our moral and ethical code, like our integrity, aligned nicely with each other. So when you have similar shared values, it makes creating a life together much easier. His humor definitely helps. We laugh a lot and we do have a fun time together. We like the same kind of food, like the same restaurants.

What did you do for your first Valentine’s Day?

J: We went to Palm Beach over President’s weekend. We went out with a couple of Natalie’s friends to a polo match. It was just a relaxing day.

N: Jessie got me a very thoughtful present. I am an equestrian so he got me this beautiful Hermes vintage horse head bracelet. Probably one of the better presents.

How long was it until you decided to get married?

J: I made up my mind within two months.

Our moral and ethical code, like our integrity, aligned nicely with each other. So when you have similar shared values, it makes creating a life together much easier.”

N: We got engaged around a year later. Jessie and I had both dated other people. We were older and knew what we wanted. When you know you know and I think there was an element of love at first sight when we met. Jessie’s mom always says that I saw on that weekend the way he looked at you across the room. She always says that I knew you were the one. But we had a short engagement and we got married four months after we got engaged because there is a little beach club here in Bridgehampton that we liked and everything was booked for a year. Then all of a sudden there was a cancelation for October 10 and we got engaged I think early July, so we ended up quickly putting together a fun beach wedding. We got married in 2015.

What lasting impact did ASL have on your lives today?

J: I remember a warm, fun and friendly place. All the cool things we did that weren’t necessarily part of school: the dinner dances, going to Primrose Hill, doing the fun run. I love the fact that I come from a family where high school sports were important, and it was cool that we had a great basketball team. I think that what stuck with me now is the interesting blends of perspectives at once. That exposure is something that stuck with me to this day.

N: The fact that we would call our teachers by their first names which was non-traditional back then, gave a sense of making you feel like an equal partner to the learning process. I remember that and how it helped build confidence in what your opinions are and how you speak to an elder.

You are living in a huge city. The world is at your fingertips, so the most important thing is trust. If you have it with the person you are with, enjoy it. ”

Do you have kids? Do you think that they will go to ASL?

N: We have one daughter and she is 2 and a half. I think if we lived in London for sure we would love to send our daughter there. Actually, since we have been looking at pre 3 year old programs in New York, I always reference my time at ASL as a benchmark for the types of programs and schools I would be interested in sending her to. It helped from my perspective to narrowing and choosing the schools.

N: Being open and honest. I think honesty and being able to express yourself openly with your partner allows for a foundation of trust which is important. I would say being true to yourself and true to the relationship.

J: You are living in a huge city. The world is at your fingertips, so the most important thing is trust. If you have it with the person you are with, enjoy it. Your intuition is probably giving you signs so make sure you are with the person that you trust.