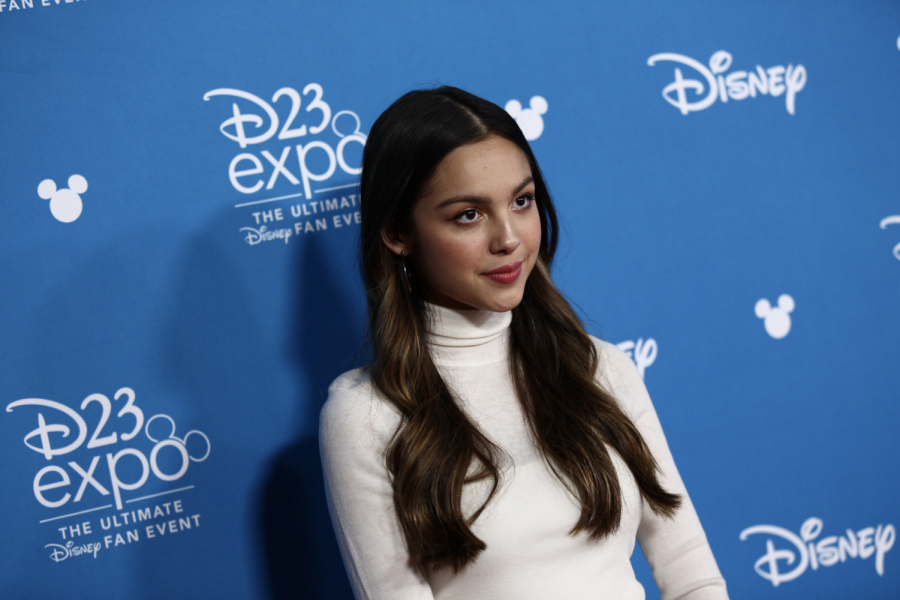 17 year old Olivia Rodrigo’s debut single “drivers license” has surpassed all other songs on Spotify and has remained at No. 1 on the charts since its second day of release on Jan. 8. The popularity of the song can be traced back to the widespread impact of social media and surrounding drama.

As TikTok users across the globe scrolled through the app during the second week of January, one song flooded the For You page. 17-year-old Olivia Rodrigo’s single “drivers license” was released Jan. 8 and skyrocketed to No. 1 on the Billboard charts in the second week of its release. Shortly after, it broke Spotify’s record for most streams in a single day Jan. 11, with over 15.17 million hits. The music video, also published to YouTube Jan. 8, has already surpassed 130 million views with over five million likes.

Ryan Kohler (’23) said TikTok contributed to the song’s success, which is how she listened to it for the first time.

“It totally blew up on there, and for like at least two days it was the only sound on my For You Page,” she said.

Max Olsher (’21) said they think part of Rodrigo’s success was due to the commonly shared experience of heartbreak.

“A lot of music is singing about experiences that are relatable to a lot of people, and even if they aren’t relatable, they are wanted, like being in a relationship,” they said. “Breaking up with someone or someone breaking up with you are two things that a lot of the world will experience or has experienced.”

Olsher also said artists belonging to the same generation as their listeners create a closer connection and draw more attention to their work.

Bridget Duffy (’24) said a contributing factor to the song’s success can be traced back to online outreach.

“It’s kind of like a wildfire,” she said. “Somebody posts about it on Instagram, and then listen to it on Spotify, then they post about it. I think social media is a very big part of promoting the song, and that’s one of the main reasons why it was so popular.”

Moreover, Choral Director Lisa Ross said social media can be an outlet for unknown artists to promote their music, yet at the same time stifle creativity and unique music style.

“My fear is that it creates the veneer that it’s only for those that sound a certain way or look a certain way,” she said. “Or that people are so obsessed with likes and obsessed with positive feedback that they actually don’t have the confidence to take that giant risk and put something out there that’s different or unique.”

In terms of Rodrigo’s position in the music industry, Ross said the song’s success is partially owing to her acting career as a Disney star. Rodrigo starred in the TV show “Bizaardvark” from 2016 to 2019 and currently stars in “High School Musical: The Musical: The Series.”

“She’s been a part of the Disney machine,” she said. “So I think in cases like that, teenagers are basically shaped and molded to be likable by the masses.”

Ross said she hopes students are also inspired by other young artists like Billie Eilish that built a music career without the added support of a large company.

“I look at someone like Billie Eilish, and the sounds that she and her brother created more or less in their bedroom is so unique and so interesting and so different,” she said.

Fans speculate that “drivers license” was written in lieu of a real-life love triangle between former Disney actress and songwriter Sabrina Carpenter and Rodrigo’s co-star on “High School Musical: The Musical: The Series” Joshua Bassett.

Duffy said another component of the song’s popularity could be a result of surrounding drama, thus creating more views and exposure for Rodrigo’s song.

“People were like, ‘Oh my god, what is this drama?’ and then they watch the video and they’re like, ‘Wow, this song is actually really good,’” she said.

Ross said utilizing the pre-existing gossip between Rodrigo, Bassett and Carpenter draws the audience’s attention away from the actual music.

“I think it’s tricky because on one hand, you need to have these real life experiences to write about these emotions and feelings,” they said. “On the other hand, writing about this person could put their privacy at risk.”

“It might be a PR stunt,” she said. “Sabrina and Josh’s songs came out so fast after ‘drivers license.’”

Regardless of the young artists’ theatrical front, Ross said the sentimental aspects of their music incited relatability within listeners.

“As humans, we’re interested in other humans,” she said. “The whole point of music is to understand the human condition better and to empathize and to feel and for us to understand our own feelings better through others’ music. So it makes sense that we’re then interested in the story behind it.”

Similarly, Olsher said despite the drama, the song serves as a helpful diversion from news and national conflict.

“There is this general feeling of instability within the U.S. and Americans,” they said. “This is a really great emotional distraction. If they’re going to spend their time listening to something, they might as well listen to a really beautiful distraction.”