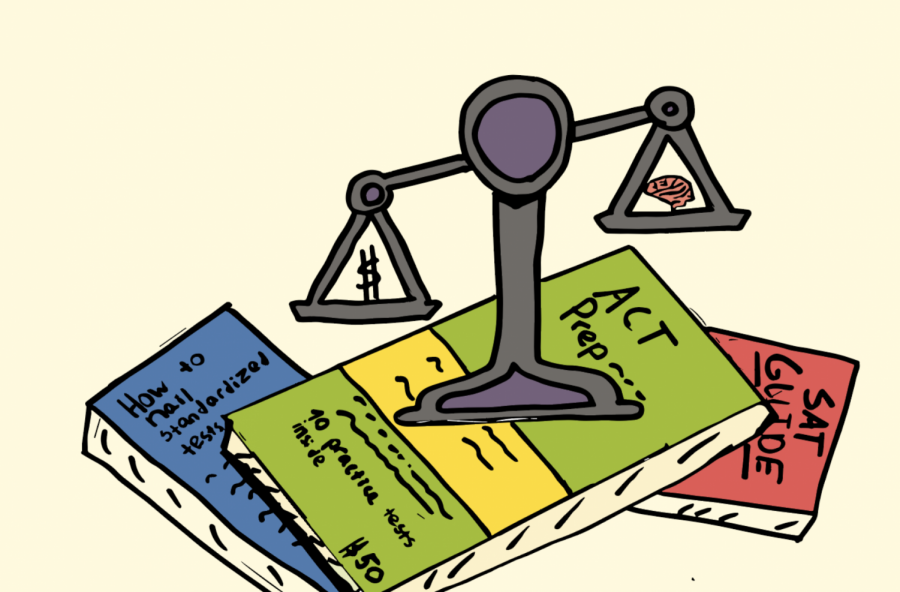 The standardized testing system has been a key measure of student academic performance in the U.S for decades. However, it poses numerous disadvantages for students from low-income families, making test reform more of a necessity.

When I heard that standardized testing, which was previously mandatory for a chance of admission to most U.S. colleges, would no longer be a requisite, I was beyond thrilled. Although these exams are a vital measure of academic success, the standardized testing system is extensively flawed and outdated.

Given the weight these exams play in college admissions, I began to meticulously study for the ACT, an alternative to the SAT, from the outset of my junior year.

At a glimpse, the questions typically asked on the ACT seemed straightforward. However, each time I would sit the test, I would run out of time and leave a considerable number of questions blank.

I then arrived at the realization that the test didn’t measure my academic capabilities or even a thorough understanding of the material being assessed. Instead, I felt as though it tested how well I could read the questions, as well as how fast I could answer them. I learned first-hand that preparation is indispensable when taking standardized tests.

I have had a profuse amount of privilege when it comes to testing: I was able to buy many preparatory books, pay for online lessons and have numerous other resources at my disposal. In addition, I was able to take the test more than once, which allowed me to ameliorate some of my section scores.

Without such help, however, there is a very slim chance that I would have been able to do well on the test, which brings me to a rather complex question: what is the extent to which students, who can not easily access these resources, are disadvantaged?

According to the paper, on average, wealthy students receive higher SAT scores than poorer students; it was also determined that the difference of scores between wealthy and less affluent students was twice as great as between Black and white students.

The strong correlation between wealth and scores indicates that wealthier students are at a perceptible advantage.

These students benefit from standardized testing in two crucial ways. Firstly, they typically obtain the scores within the optimum range for competitive schools, which can translate into a higher-paying job in the future. Secondly, it is most likely that their parents can take on the financial burden of paying for their child’s four years of college.

In fact, according to a Wall Street Journal article published in 2014, on average, students from the wealthiest families outperformed those from the poorest families by approximately 400 points on the SAT, which comprises a quarter of all the total points.

Therefore, the relationship between wealth and success on these tests is so discernible that the aforementioned goal of standardized tests, which is to measure academic achievement, seems conflicted. Now, testing not only predicts knowledge, but also family income.

Thus, from the outset of high school, contrary to what the modern educational system attempts to teach us, wealth can get you much further in life than academic achievements.

In addition, the inequality posed by testing is inherently complex and is significantly deeper than poorer students not having the resources to purchase preparatory material or retake the tests. The foundation upon which this socio-economic inequality is founded can stem from early childhood.

For instance, the schools these students’ parents can afford for them to attend, the attention they receive from their parents (especially if they are working full time), their access to technology at home, and more can significantly influence these students’ ability to test and perform well. Consequently, this confluence of factors makes the disparity almost impossible to fix.

It is indisputable that there are conspicuous benefits to standardized testing: it allows colleges to have a standard measure of a student’s success relative to other students, making it highly convenient.

Nonetheless, the current issues with standardized testing need to be resolved. Firstly, we need to ensure that it serves the purposes that colleges claim it serves during the application process. Secondly, we need to make sure that standardized testing is meant to level the playing field between privileged and impoverished communities, instead of performing just the contrary.

There is no single solution to achieving these aforementioned aims and fixing the broken system of standardized testing. And unfortunately, I am confident that by the time that COVID-19 blows over, many colleges may revert to their traditional ways of necessitating test scores.

However, the pandemic has given us the perfect opportunity to challenge the status quo and find new alternative solutions to ensure standardized testing delivers what it aims to do: equal opportunity for all students.