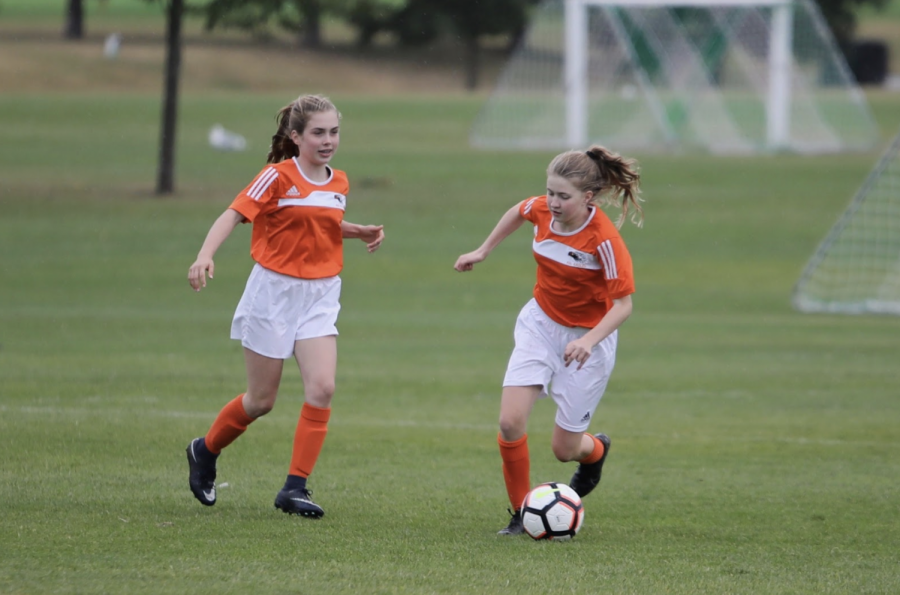 Casey Johnston (’23) dribbles down the field after receiving a pass from Kyle Kettler (’23) October 2020 at Regents Park. Both Johnston and Kettler played JV Soccer last season.

Almost a full year after the abrupt end to the athletics program in March 2020, the Athletics Department announced via email March 2 a plan to reintroduce sports the week after students return to campus March 8.

Athletics Director John Farmer said a mini season offering crew, cross country, soccer, tennis, baseball and softball will take place from March 15 until spring break. Following spring break, a full season offering baseball, softball, crew, swimming, golf, tennis, soccer and track and field will take place from April 12 to June 2. There will be no cuts or tryouts for these programs.

Farmer said the decision to bring back sports will benefit students.

“I know that sports is often a great release for people outside of the classroom, and to be able to have that again I think is going to be huge,” he said.

Anna Kim (’21) said she reacted positively to the news and plans to join soccer for both seasons.

“We had been talking about sports happening for a while now,” she said. “So for it to actually be in action and have a solid plan is really exciting.”