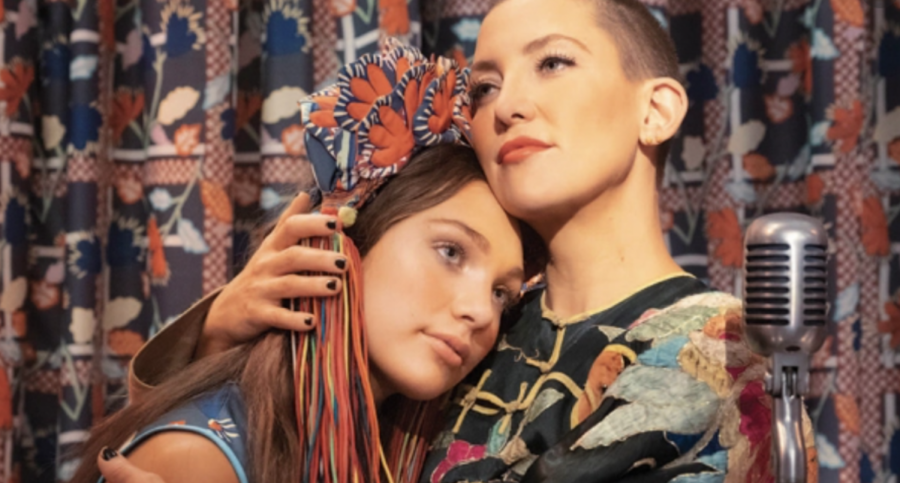 Zu, played by Kade Hudson, comforts her autistic half-sister Music, played by Maddie Ziegler. Although Sia’s “Music” was intended to raise awareness and shed a positive light on Autism Spectrum Disorder, the movie received conflicting reviews over its portrayal of the disability.

Ever since its debut in February, Sia’s new film “Music” has drawn in a considerable amount of attention from viewers and critics alike. Despite its aim to raise awareness and shed a positive light on Autism Spectrum Disorder, the movie has been dogged by conflicting opinions over its depiction of the disability.

The movie’s plot line follows an autistic girl named Music, played by Maddie Ziegler, whose half-sister Zu, played by Kade Hudson, becomes her guardian. As the film progresses, Zu forges a profound bond with Music as she eventually grasps the intricacies of ASD and learns to take care of her half-sister.

Although Sia’s endeavor to tackle the stigma surrounding ASD is highly commendable, the movie’s reinforcement of stereotypical characters and storylines is not only disappointing but downright offensive.

One of the main contentions surrounding the movie was Sia’s decision to offer the role of the non-speaking autistic protagonist Music to Maddie Ziegler, who is not autistic. Many viewers expressed concern over the ethicality of Sia casting a neurotypical actor instead of someone with ASD.

Sia was quick to fire back at critics, responding that she had previously cast a girl with the disability to fill the role, who found the process of filming challenging and unpleasant. In turn, Sia decided that Ziegler would be a necessary substitute.

However, Sia’s justification for replacing an autistic actress with Ziegler is not only inadequate but also flawed, partially due to the fact that there is a sufficient number of other autistic actors or individuals who could have been perfectly capable of filling the role.

And despite Ziegler’s knack for acting, it is practically impossible to imagine her as a non-speaking autistic female. In fact, after watching Ziegler perform on the show “Dance Moms” for years, I am simply not convinced by her attempts to reflect on the struggles of living with ASD.

Thus, the movie’s promise to shed light on the challenges of dealing with autism is broken from the get-go due the lack of any authentic, unrehearsed and unfiltered experiences.

Furthermore, the general ignorance regarding the everyday struggles of dealing with autism manifests regularly throughout the movie.

For instance, in one of the scenes, Music is put into prone restraint, a particularly controversial form of intervention that has been linked to a number of medical risks, including death. It is also particularly problematic that no warning was included at the beginning of the film to inform the audience about this portrayal of restraint, as it can be potentially triggering in some Autistic people.

Despite Sia’s apology and promise to block out the scene from future screenings, the  sheer fact that she decided to capture such a widely opposed and dangerous practice on-screen is flagrant and irresponsible to her audience.

In addition, alongside the conspicuous lack of research, Ziegler’s acting feels as though it is a mimic of autistic body language. I found it progressively harder to continue watching the movie because of Ziegler’s exaggerated enactments of autism.

The chief problem is rooted in the fact that Ziegler’s acting is highly reminiscent of the manner in which neurotypical individuals mock developmentally-disabled people. Ultimately, the one-and-a-half-hour movie feels like one long display of ridicule and parody, amplifying many of our preconceived notions on autism.

Over the course of the film, we learn that the protagonist possesses an extremely meaningful connection with music (hence her name), and she relies on it as an escape from everyday reality. Sia then attempts to bring Music’s inner thoughts to life by including bizarre performances, which apparently take place inside her head.

Not only do they detract from the movie’s supposed purpose, but they also reveal Sia’s objectionable envisioning of Music’s internal world.

What’s worse is that these interlude performances use flickering lights and colors without warnings, which can overstimulate and lead to seizures in people diagnosed with photosensitive epilepsy, a common condition among people with ASD. Once again, her lack of research coupled with irresponsibility to her audience is strikingly visible.

With the consideration of all these distasteful choices in mind, one of the greatest controversies surrounding the movie remains: it was nominated for two Golden Globe Awards. Nonetheless, as the petition against the movie’s nomination attracts more signatures, the pressure to rescind it is only heightened. And this should not be a surprise.

The portrayal of ASD throughout the movie was not only an embodiment of all the stereotypes surrounding the autistic community, but also a vivid depiction of mockery and ableism.

It is thus evident that there is a gross disparity between Sia’s original intent and the movie’s final outcome.

Ultimately, Sia’s characterization of the movie as “a love letter to caregivers and to the autism community” cannot be further from the truth.