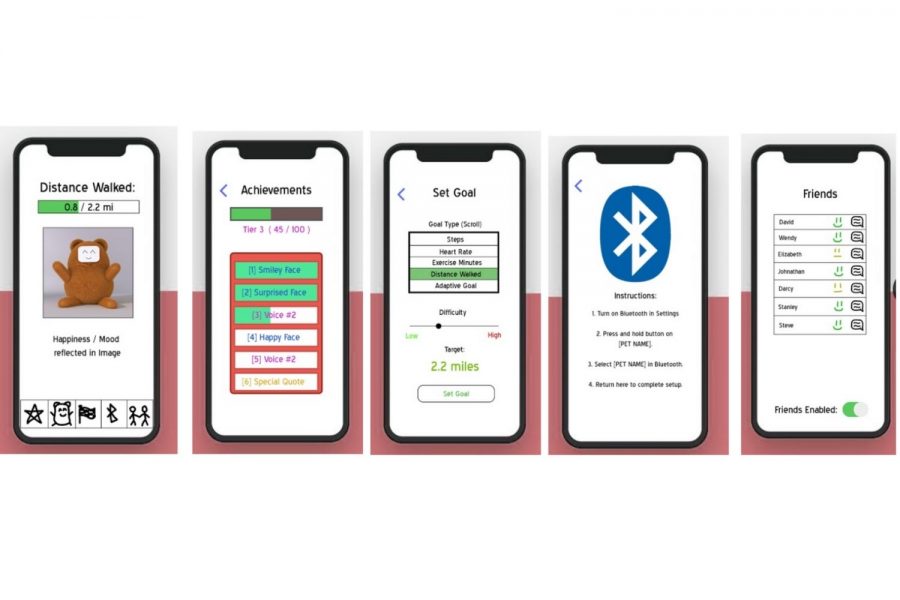 Due to the pandemic, the robotics team has faced many new challenges and designs to be created, as well as now having the chance to work on a robot in person. Students and faculty reflect on their experience participating in robotics during this unique year.

According to Robotics Program Director Wendy Stallings, the robotics season typically starts in November and extends into the spring. This year, the season still had its official kick-off in November this school year, however, depending on how far through the competition the team gets, the season could possibly extend into June.

As the Make Innovate Learn Lab was closed through the first semester and the third quarter, all club meetings took place over Zoom. Co-captain Mackensie Kim (’21) said there were Zooms every day after school for an hour, and there were Zooms over February break too to plan and design.

As a result of adopting the season to be online, Stallings said one of the positive aspects of this year was the ability to focus on innovation and design aspects.

“To fully design a product and market it, that’s a really unique experience that we normally don’t see as much during this part of the year in robotics, but now the students get to experience,” she said.

Robotics team co-captain Patrick Jordan (’21), who took the lead on the innovation challenge, said the design process typically starts with sketching as well as brainstorming for how the idea will affect the community. He said the team also reaches out to the community to get research and feedback on the two projects.

“There was a lot of getting all the ideas down, and then after we fleshed it out, it was a matter of reaching out in a survey to see if this was something that people would be interested in,” he said.

Jordan said the next step is working on a business plan. The team has a two minute window where they must pitch their design to be judged and ranked against the other FIRST robotics teams. They must also include finances and any other details in the most efficient way possible. All of their plans had to be mostly finalized and submitted March 4.

The team has to submit an overview to the judges consisting of different paragraphs and short essays about parts of the game design and the innovation project according to Stallings. Afterwards, the team will receive an interview time slot later in March.

While the team now is working in person on the robot, Stallings said the robotics team faced two other major projects this year. Building and coding the robot(s) is usually the sole focus of the robotics team. However, as they have been online for the majority of the season, the team has had the chance to also participate in the game design and innovation challenges.

In the game design part of the competition, the robotics team had to design their own game(s) for robots to play in a three versus three format. In this challenge, there were two separate designs created by the team. Both games were fully designed and built on 3D programs online, however, Kim said real life mock-ups for the games were put on pause while they focused on working on the robot in person.

According to Kim and Jordan, the first game is for a music field challenge called “Music Madness.” In the music game, bands of three musicians (robots) face off against each other through dancing and playing different instruments in a music-themed arena.

The second game is called “Boreal Blast,” and it takes place in the Arctic where all power is lost. The robots must then work together to clear the field of ice debri, reinforce the weakened ice wall and restore power to the home base so the humans can be rescued.

Kim, who took the lead on game design, said the design process is cohesive and extensive for the different game designs.

“For game design, we started off just coming up with like story ideas of what we wanted our themes to be,” she said. “Then we’re also modeling what the game field would look like in 3D, and we’ve talked over like the different parts of the game and what robot actions would be in each section.”

The team’s second challenge is the Innovation Challenge in which they create two projects with a focus on healthy living.

“The Innovation Challenge is to design a product that will positively affect the community through physical and mental health,” Jordan said.

The two ideas that have been developed so far are a fitness pet that tracks health and a lockbox to encourage fitness goals.

As written by the robotics team, the fitness pet is “a small virtual ‘pet’ that sits on your desk that displays emotion depending on how much you work out.”

Once complete, the Jordan said pet device will have a screen to reflect its physical and mental state depending on the completion of the goals. The display will cycle through different data personalized to each person. In addition, there will be a supplementary app to keep track of this data and connect with friends who also are using the program.

Brox the lockbox project, on the other hand, is designed to be more of a reward-based motivation system according to the robotics team. The box has an electronic lock that is controlled by an app, and a certain challenge can be set to unlock it once the reward is placed inside the box.

One example of implementing the lockbox – as written by the team – is being “programmed to open after 30 minutes of elevated heart rate for seven consecutive days.” This then can allow the user to motivate themselves to exercise while a parent would also have the ability to monitor them.

While the game design and innovation projects were mainly planned and designed online, Kim said starting the week of March 15, the robotics team was able to start working outside on the projects after school.

Kim said one positive aspect of being able to work together in person is that the team has the chance to submit their robot in competitions.

“It’s pretty exciting because now we might get the chance to submit awards around driving the actual robot,” she said.

Now the team has the ability to continue developing their robot from the 2019-20 school year since the theme of this year’s main robot competition is the same as last year’s: “Infinite Recharge.”

Kim said “Infinite Recharge” entails designing and building a robot with abilities to drive around and shoot balls at a target.

“The idea behind the game is you’re stuck on a planet and there are asteroids coming down,” she said. “You have to score balls to fill a power cell that will protect you from the asteroids.”

While the innovation project has always been a supplementary part of the competition, the increase in online work this year allowed the team to split into two. This means that one half would work mostly on the game design, while the other half would focus on the Innovation Challenge.

Jordan said while the groups are still defined by the challenge they focus on, the lack of in-person meetings and worktime have actually led to more collaboration between the two groups.

Similarly, Stallings said she views this year as the “prime time to do robotics if you’re interested in being an entrepreneur or working in business” since the focus is slightly less on building the robot and more about the technical online aspects.

In addition to the challenges being different, Kim said collaboration is also unique this year since everyone, including more experienced Grade 11 and 12 students, is starting something new.

“A positive is probably that now we’re all kind of on the same foot with business and some design, which is definitely interesting,” she said. “There’s a different team dynamic this year. There are always different dynamics as seniors leave and new people join, but this year was definitely special in that way.”