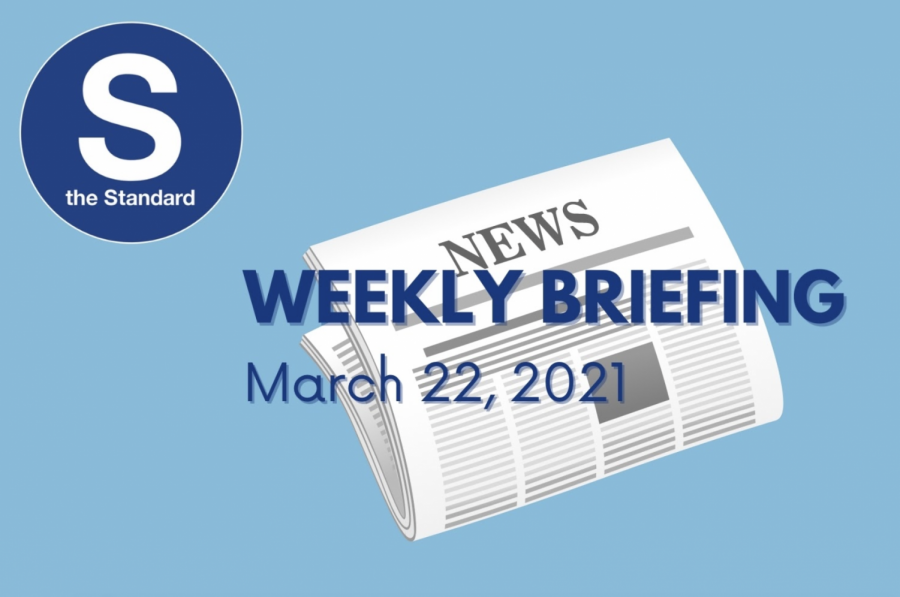 In-person school reopened March 8, and campus life has picked up with more activities. The Student Council is hosting the NCAA March Madness bracket challenge that began last week and the PSAT will take place this Saturday.

The Student Council is hosting its first ever NCAA March Madness bracket challenge. Students were invited to compete in brackets for the men’s and women’s tournaments, with the final score being equal to the sum of the points from both brackets.

In addition, Wilkin said she wanted brackets to be filled out for both men’s and women’s teams to encourage visibility for women in sports.

According to Stuco the winner of the challenge will win a £20 gift card from Panzers. Furthermore, the grade with the highest number of points by the end of the tournament will receive a mystery prize, which will be revealed at the end of the month.

Wilkin said the prize will possibly involve privileges for advisories.

“It’s like a privilege for a group that’s not just like an object, obviously, but possibly an event,” she said.

Teachers are also encouraged to participate in the challenge to win a prize for their advisories.

Grade 10 students gear up for PSAT

The optional PSAT for Grade 10 students will be administered March 27. According to Director of the Office of Student Advising Anne Richardson, only a small percentage of Grade 10 students have signed up to take the test.

Richardson said the number is so small because students still do not know which standardized test they are better suited for – the SAT or the ACT.

“We don’t really encourage students to use this as a practice test because they may not be – they may be more suited to the ACT, which is a very different kind of test,” she said. “They get an opportunity to take a diagnostic test in April and those who do find more suited for the SAT have the opportunity to take the PSAT in October of their Grade 11 year.”

Campbell Lazar (’23), who is taking the PSAT, said she feels there is nothing to lose by taking the test.

“I just wanted to take it because I feel like it provides me with a really good baseline of sort of where to go,” she said. “I don’t really see a downside to taking it because I’m not stressed about it, and I don’t have to prepare in any way.”

Furthermore, Lazar said while she is not sure which test she is best suited for, she wants to take the PSAT to simulate testing conditions.

“I want to get a sense of what it might feel like taking these long exams that are time because with MAP testing, we don’t really have that experience of a long standardized timed test,” she said. “It’s just sort of exposing myself into a new setting, and I don’t think it’s necessarily putting me on a specific path to just take the SAT.”