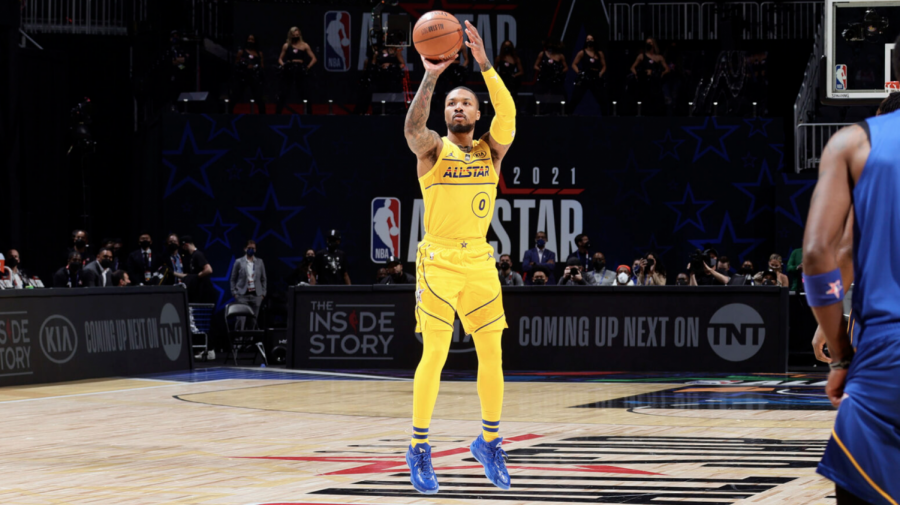 The NBA All-Star Weekend, from March 5-7, marked the exact halfway point of the 2020-21 NBA season. A typical season consists of 82 games, however, due to the late finish last season as a result of the COVID-19 pandemic, this season will only be 72 games long per the NBA website.

Ruhan Bhasin (’23) said the 76ers have been the most impressive team in the league so far.

“They’re just really stacked defensively,” he said. “They’ve also got two superstar players who can run the offence in the half court as well as score on the fast break.”

On the other hand, Maddie Wilkin (’22) said Utah has been the top team so far due to their athleticism, with their star guard Donovan Mitchell particularly standing out.

“Watching the footage of their game play, they have a lot of athletic players and they’re willing to put out fast and speedy guys, which I personally like, and they’ve won games because of it,” she said. “Donovan Mitchell is only 6’1, but his speed, skill and quick jump shot make him better than the slow and tall players on the other teams.”

Although the Los Angeles Lakers are ranked only third in the Western Conference per Sky Sports, Rohit Venuturupalli (’21) said the team has had the best season so far.

“They not only have two superstars in LeBron James and Anthony Davis, they also have the depth and veteran experience an NBA team needs,” he said. “The reason I think they’re better than a team like the Jazz is because the Jazz lack experience and depth.”

Regarding the best player in the league so far, Bhasin said Joel Embiid will win Most Valuable Player at the end of the season.

“He’s the best player on the best team in the Eastern Conference, and that means a lot,” he said. “He also plays hard on both ends of the floor and dominates his matchup each and every night.”

Similarly, Wilkin said Embiid should win the MVP award but also said it’s unfair because some other players, such as Brooklyn Nets forward Kevin Durant, needed to self-isolate throughout the season due to COVID-19 precautions.

“Many players didn’t get to play to their fullest potential, especially at the beginning of the year, due to the different isolations,” she said.

Venuturupalli said Embiid has been the most valuable player so far, but thinks LeBron James will win the MVP award.

“He’s the media’s favorite, and he elevates the Lakers to a level no other player could,” he said. “He turns a playoff worthy team like the Lakers into a championship contender.”

In a season full of change, Bhasin said the New York Knicks have been the most surprising team this year.

“I saw a lot of NBA analysts predicted them to be the dead worst team in the NBA,” he said. “Right now they are close to having home court advantage in the playoffs.”

In addition, Venuturupalli said the Washington Wizards have stunned him the most so far.

“When we traded John Wall for Russell Westbrook, I was terrified that we might’ve just lost one of the best point guards in the league,” he said. “However, we’ve won a lot of games recently which has just been amazing to see.”