COVID-19 vaccination rollout: Professor sheds light on why the UK is ahead of other European nations 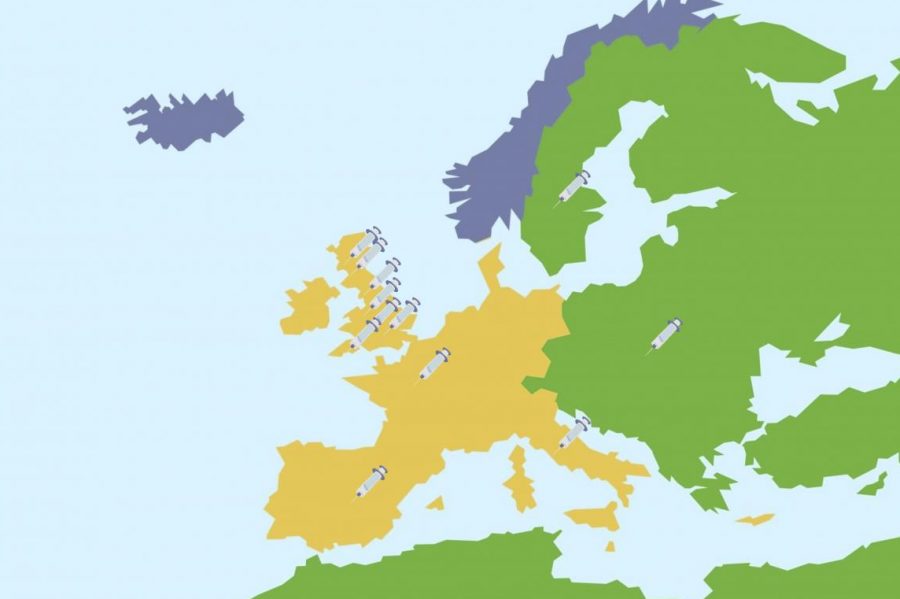 By April 1, the U.K. had administered 54.3 doses per 100 people, while the EU administered just 17 per 100. London School of Economics Professor Christoper J. Anderson evaluates the success of the U.K.'s vaccine distribution program.

Before the pandemic, measures of success for world leaders were key economic performance metrics such as unemployment or contributions to resolving domestic affair issues.

Currently, however, how efficiently a country’s vaccination program has been rolled out may become a critical performance indicator on which politicians are evaluated. Could this ultimately influence re-election?

Since the first COVID-19 vaccine was authorized for use, many may have been hoping for life to return to what it used to be. However, the distribution and rollout of the vaccine is more complicated than it seems. Four months after the first vaccine came out, the virus still dictates certain aspects of daily life.

This raises a question: what caused this disparity between the European countries, the U.K. and the U.S.? According to the New York Times, the U.S. has been more successful than Europe in rolling out the COVID-19 vaccine because it involved itself with pharmaceutical companies in the private sector earlier to boost production of the vaccine.

But, what of the U.K. approach? In a London School of Economics blog, Gareth Davies, professor of EU Law at the Vrije Universiteit in Amsterdam, argues the U.K.’s rapid rollout is due to a more selfish approach. He said the U.K.’s goal has been to procure as many vaccines as possible for itself first, while the European community committed to global contribution in spite of potential domestic shortages.

Trustee and Professor of European Politics and Policy at the London School of Economics Chris Anderson said he echoes the New York Times. He said the success of the vaccine distribution in the U.K. has a lot to do with the early-on investment in pharmaceutical companies.

Anderson also said the NHS is crucial to the U.K.’s approach.

[Click here to listen] “Almost everyone is registered through the NHS, which means you can get to people pretty quickly, pretty easily,” he said.

[Click here to listen] “It’s a mix of public and private,” he said. “It’s a federal system so there’s differences across the different regions in the country and so on. There hasn’t been that one central authority driving things.”

Furthermore, Anderson said the U.K.’s vaccine program success is not related to Brexit as EU members didn’t have to go through the union to procure vaccines.

[Click here to listen] “The U.K. being a member of the European Union would have never prevented the U.K. from doing what they did,” he said.

“Governments that do a good job handling the vaccination program have seen a boost in popularity,” he said. “In Boris Johnson and the Conservative Party’s case in the U.K., they’ve seen a boost in support from the public at large, and of course that can be helpful in winning the next election.”

However, Anderson said he cautions that elections are still quite far away and things may change.

Nevertheless, Anderson said what is interesting about the U.K.’s situation is that the nation maintained the worst death rate of any western country – a huge failure on the part of the government. Being so successful at the vaccination program, Anderson said, “gives the government a real opportunity to retell the story of the pandemic.”

According to Anderson, the U.K.’s success is ultimately a combination of smart investments in vaccines early on, coupled with an established infrastructure like the NHS, through which it can quickly distribute the vaccines.

Anderson said the success of the vaccine roll out will definitely positively affect the long term recovery of the U.K.

“I think it can be extraordinarily helpful,” he said.

However, he said he would caution that a strong vaccine rollout has to be coupled with sound economic policy.

“There’s an interesting contrast with the U.S. perhaps where the Biden administration is combining rolling out the vaccine but also making very significant investments, public investments, into different parts of the economy right now,” he said.

Ultimately, according to Anderson, an effective vaccination program alone will not be a guarantee of political success; a thriving economy will also be necessary.