Sara Khan acts to express herself 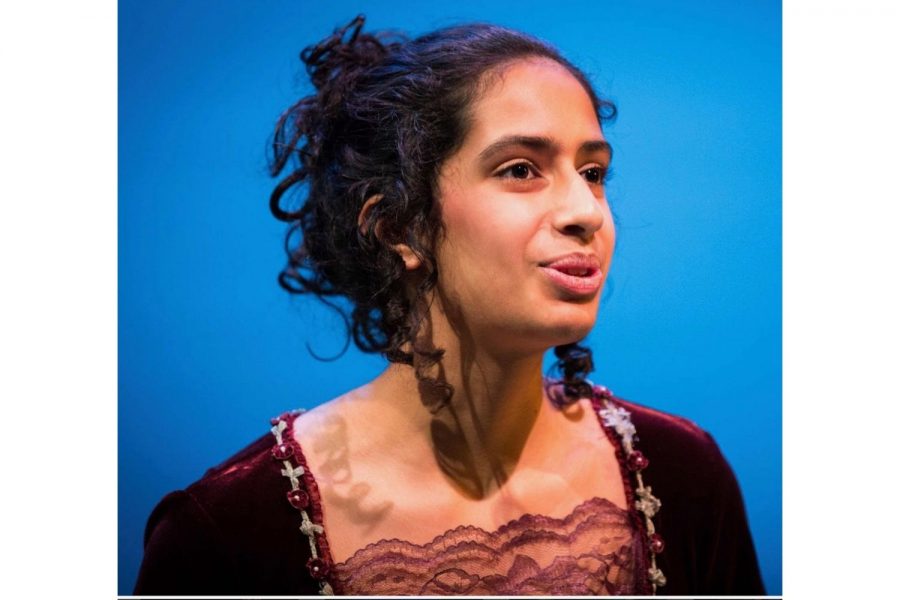 Sara Khan (’24) acts in a musical at her previous school. Acting and performing arts have always played a significant role in Khan’s life.

For Sara Khan (’24), acting has always been a significant aspect of her life. She said since she was a toddler, she had always expressed an interest in performing arts.

“I was super outgoing as a kid or as a toddler,” she said. “I would put on shows for my family whenever they came over.”

From an early age, Khan said she began acting in a performing arts program outside of school. She starred in productions such as “Mamma Mia,” “Fame” and “Pitch Perfect.” However, Khan said though most of these productions were musicals, she’s “not so much of a musical person,” and prefers solely acting.

“I enjoy watching Broadway, but if I’m in a musical, I would not want to participate in that because I’ve tried it and I know I don’t really like it that much,” she said.

Nonetheless, Khan said she enjoys acting for a number of reasons, one of which being the way it allows her to express herself more freely.

“I enjoy acting because I’m kind of an introverted in person, but in acting, I like that I can be whoever I want and kind of express a bunch of emotions,” she said.

Furthermore, Khan said she is drawn to acting because of “the stories you get to tell through a person,” like an “untold story about a hero,” or “a really hurt villain who just wants love and acceptance in the world, or if it’s just like a fun, like comedy that you bring to people to laugh.”

Additionally, Khan said the best part about acting is how it simply makes others happy.

“My director once told us like, you know, ‘The world is kind of crazy right now, there’s all this stuff going on, but people come to the show to kind of escape and just laugh and have a good time,’” she said. “Acting is special, not only because it’s escapism and storytelling, but also because of the joy it brings people in hard times.”

Moreover, Khan said one of her biggest sources of inspiration and guidance as an actress is her drama teacher from her middle school in Chicago, who she said helps her “become the best actress I can be.”

Due to added responsibilities portraying the lead in several of her school plays, Khan said her teacher took her under her wing and provided her with advice.

“She was kind of like my mentor and really always helped me,” she said. “She would make me feel super comfortable in the space, … she was always super kind to everyone and she was just  really outgoing and out there. She really gave me good advice and helped me.”

Since moving from Chicago to London in August 2020, Khan said she has continued her passion for acting by taking acting classes at school. Despite being a quiet person in most settings, she said through her acting classes, she is able to open up.

“When I first came here, I was completely silent until my acting class when like, you know, you have to be super outgoing and things like that, which is obviously really hard,” she said. “But you just have to do it, and I find it easier to do in small groups. Luckily, my class is a small group, and everyone who’s an actress or actor is super accepting and they’re all kind of weird, so we really mesh together well.”

Khan said she hopes acting will always be an integral part of her life. She said her love for acting motivates her to potentially pursue a career in the entertainment industry.

“I would definitely like to stick with it through the future,” she said. “I would find that really fun to do.”