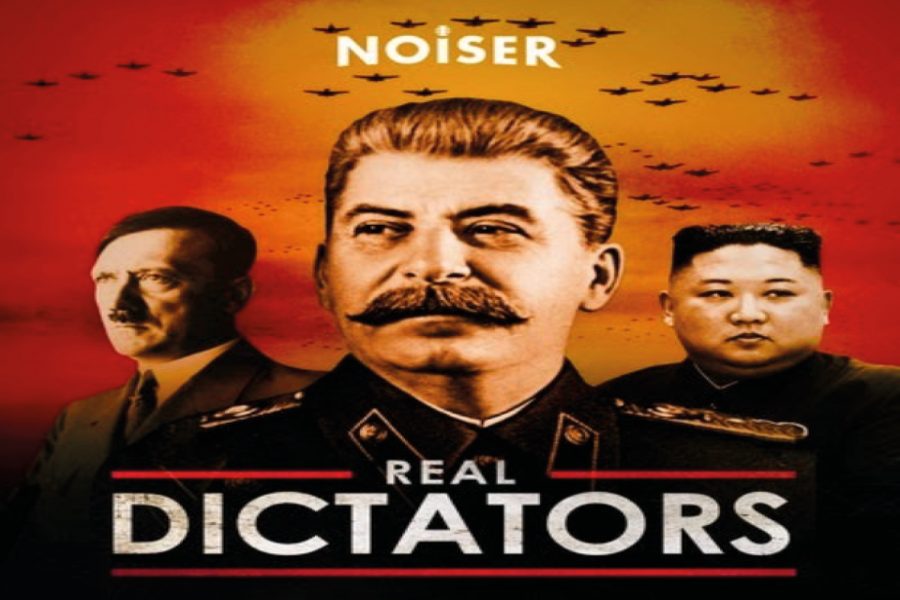 Photo used with permission from Noiser

“Real Dictators” examines the lives of some of modern history’s most notorious  dictators: North Korea’s Kim Jong-Il, Joseph Stalin, Mao Zedong, Haiti’s Papa Doc and Japan’s General Tojo. The 18 episodes of the first season were released from June 8 to Dec. 7 2020. The first episode of season two, released March 24, covers the most regrettably famous dictators of them all: Adolf Hitler.

Narrated by English Actor Paul McGann and produced by Noiser, the podcast series aims to shed light on some of the lesser-known facts of the lives of these historical figures.

Instead of retracing a timeline of historical events, the podcasts narrate the very intimate saga of each dictator’s story, from their childhood to key events in their personal lives that have led to their rise to power and ultimately their downfall and death.

Pascal Hughes, founder of Noiser, was a TV director at the BBC and the Discovery Channel, where he made history documentaries and true crime shows. Leaning on this experience, he created a series that combines the appeal of dramatic storytelling with academic learning.

Hughes teamed up with sound designers and multi-instrumentalist musicians to create suspenseful music and realistic sound effects that enhance the voice-over. The narrative is complemented by excerpts of interviews by world-renowned experts, as well as first-hand accounts of regime insiders and survivors, bringing a unique historical perspective to the storytelling.

Throughout the series, emotional soundtracks and classic fiction storytelling devices are used to grab the listener’s attention and create an immersive experience. The story of each dictator starts with a flash-forward of a lesser-known, defining moment in his life.

The fifth episode, Joseph Stalin Part I, begins with Paul McGann describing Stalin as a young man trying to escape forced exile in Siberia after being condemned for his revolutionary activities against the Tsar, years before his rise to power.

He describes Stalin’s failed attempt by foot and under-dressed in the middle of winter with sounds of hurling winds and wolves howling in the background. The plot is then taken back to the story of Stalin’s birth and childhood. The episode ultimately returns to the flashforward of the failed escape that helped shape Stalin’s brutal strength and tough character.

Each episode gives a detailed account of the dictators’ personal lives and highlights unique elements of their background to elucidate their destructive personalities. Excerpts of interviews from researchers and professors bring documented insights to the minds of men who have destroyed the lives and livelihoods of millions.

Season two, Episode 19, retraces the childhood of Adolf Hitler. A number of experts, including Thomas Weber professor from the University of Aberdeen and author of “Becoming Hitler, The making of a Nazi,” bring a unique perspective on the early years of the “Fuhrer.”

They point to Hitler’s insecurity around his own origin and possibly being partly Jewish as his father was an illegitimate child from an unknown father.  A controversial fact about someone who ultimately became obsessed with purity of blood and ancestry.

Survivors and regime dissidents also bring an eyewitness perspective to each of the dictators’ stories.  In Episode 12, Papa Doc part 2: Haiti’s Dictator vs JFK, François Benoit, an ex-militia member and survivor of “Papa Doc” Duvalier’s reign of terror over Haiti, poignantly recounts how a paranoid Duvalier had his house set on fire, killing everyone inside including his seven months old younger son.

With a dramatic chord orchestra music opening, the trailer of “Real Dictators” announces: “How does a single human being convince thousands to kill for him and millions to turn a blind eye?” The trailer lives up to its emotional storytelling promise, and the series does not disappoint.

Thanks to expressive voice-over and riveting sound design, the listener finds themself transported to the heart of the story. The podcasts are truly gripping and they effectively bring to life unexpected and compelling academic historical facts through a suspenseful narrative.

“Real Dictators” is undeniably a unique mix of a history documentary with a nail-biting psychological thriller. It is an educational and entertaining series that sheds light on what drove the world’s most terrifying leaders to perpetuate some of the greatest crimes in history, making itA a perfect podcast for both the modern history enthusiast and the drama series fan. The series is available for download on Apple podcasts.