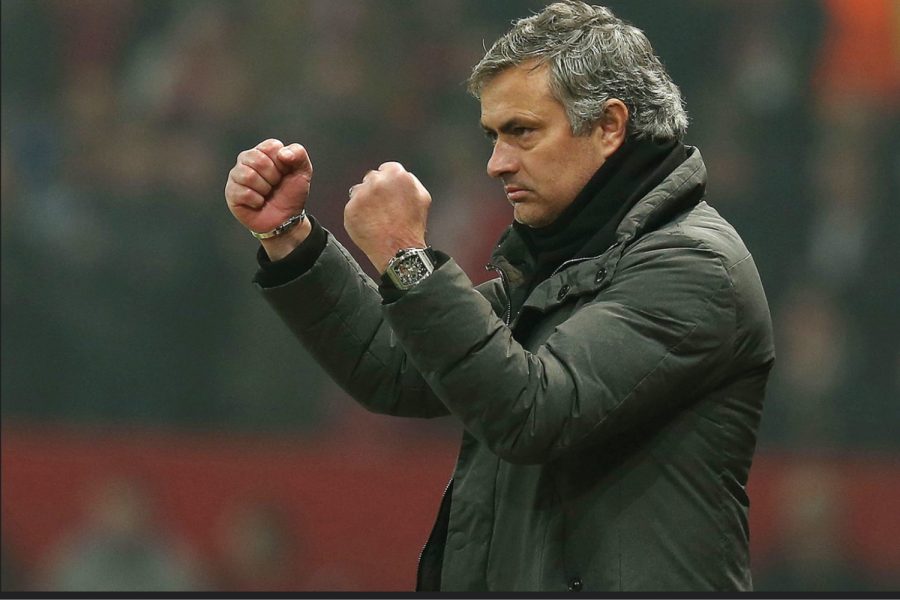 Photo used with permission from In Mou We Trust/Flickr

Former Chelsea manager Jose Mourinho stands on the touchline during a Chelsea v Arsenal match. According to the BBC, while managing Chelsea, Mourinho won 70% of his Premier League, whereas at Tottenham, he only won 50% of his games, per the BBC.

After their 3-1 loss to Manchester United and 2-2 draw to Everton, the Tottenham Hotspurs Football Club announced that they fired their manager Jose Mourinho. Mourinho managed the Spurs for around 17 months and won 51% of his games, the second lowest win percentage in his entire managerial career, per the BBC.

Elena Muri (’24) said she was shocked by Mourinho’s sacking due to its timing but understands the decision based on a string of poor performances. .

“I find it really shocking that they switched their managers just days before a cup final with Manchester City,” she said.“That being said, the results weren’t there.”

However, Spurs fan Kyle Yu (’21) said the reason for Mourinho’s firing went beyond the team’s performance.

“I heard he was fired because he didn’t take the team out to training as a protest to the Super League,” he said. “If that’s true, I have to respect him because he is standing up for what he believes in.”

Yu also said he questioned how easily Mourinho might get another job.

“It’ll be hard for him to get a top flight job after the performances he’s had,” he said. “Although we all know who Mourinho is, he’s ‘the special one’ so he’ll soon be back.”

“This is the end for him, and I don’t believe there’s any future for him in the Premier League,” she said.