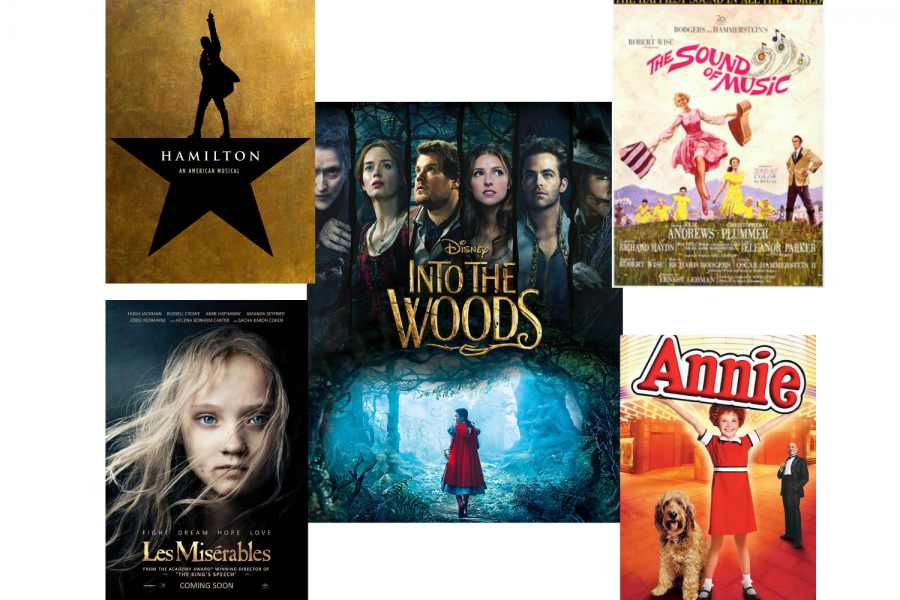 Spending an evening at a West End theater is impossible given COVID-19 restrictions, yet streaming platforms have made enjoying these musicals possible from the comfort of home. From dance numbers to show tunes, Lead Culture Editor Grace Hamilton shares the best movie musicals to mimic the classic theater experience at home. (Photos used with permission from Netflix and Disney Plus.)

The performing arts industry has undoubtedly suffered the impacts of the COVID-19 pandemic. Spending an evening at a West End theater seems a distant memory, yet streaming platforms have made enjoying these musicals possible, albeit from home. A movie musical is a film genre in which musical elements, oftentimes singing and dancing, are incorporated into a narrative.

Whether it be well-known Broadway hits or underrated gems, movie musicals are the perfect entertainment for times when singing and dancing are a necessity. From dance numbers to show tunes, the following suggestions are the best movie musicals to mimic the classic theater experience at home.

“Hamilton,” the monumental musical narrating the story of U.S. Founding Father Alexander Hamilton, took the theater world by storm soon after its breakout performance in 2015. Innovative and remarkably entertaining, writer Lin Manuel Miranda chronicles the founding of America through rap and hip-hop-inspired music.

“Hamilton” is unquestionably one of the best musicals of all time, transforming a seemingly mundane history lesson into a captivating performance expressed through masterful singing, dancing and staging. The musical is packed with rich history and valuable insight on a consequential time in U.S. history, striking a perfect balance between erudition and entertainment. Available on Disney+, “Hamilton” is a must-watch.

“Les Misérables” — one of the most popular of all time. An adaptation of Victor Hugo’s novel, “Les Misérables” follows former convict Jean Valjean and his quest for salvation in 19th century France. The musical uncovers the tension between the principles of right and wrong as well as duty and love, while simultaneously exploring a significant period of time in history.

Filled with romance, battles, plot twists and heart-wrenching moments, “Les Misérables” will leave viewers in need of a box of tissues. This movie musical is a must-see for everyone with its incredible plotline, well-developed characters and music. It is available on Amazon Prime.

An old classic, “Annie” portrays the life of a young girl living in a New York City orphanage during the Great Depression. Annie is adopted by billionaire Oliver Warbucks, who grants her the promise of the family she always dreamed of and ultimately transforms her life. “Annie” is a heartwarming movie musical, complete with loveable characters and an exciting storyline. If anything, this upbeat musical will remind you that the “sun will come out tomorrow.” The musical is available on Amazon Prime and Netflix.

‘Phantom of the Opera’

This list would be incomplete without the famous “Phantom of the Opera.” This musical is deserving of its world-renowned name simply due to its amazing music, never mind its alluring characters and storyline. “Phantom of the Opera” tells the story of opera singer Christine Daaé, who captures the attention of a beguiling and mysterious man living in the depths of the opera house. Unearthing themes of love, identity and perception, “Phantom of the Opera” is a remarkably heartfelt and powerful movie musical. The musical is available on Amazon Prime.

“Into the Woods” intertwines the plots of numerous fairytales, including Little Red Riding Hood, Cinderella and Rapunzel. Following a clever tale in which a baker and his wife venture into the woods on a quest to reverse a witch’s curse preventing them from bearing children, the musical weaves its way through the lives of countless characters and their stories while unraveling a complex plot.

With the perfect mix of humor and suspense, this movie musical shares an original take on familiar childhood tales that will captivate any audience. This story, equally emotion-evoking and entertaining, is refreshingly unique. “Into the Woods” is available on Amazon Prime.