The Standard • 10th May 2021 • https://standard.asl.org/18117/opinions/environment-explained-dubais-sustainable-city-fosters-urban-sustainability/ 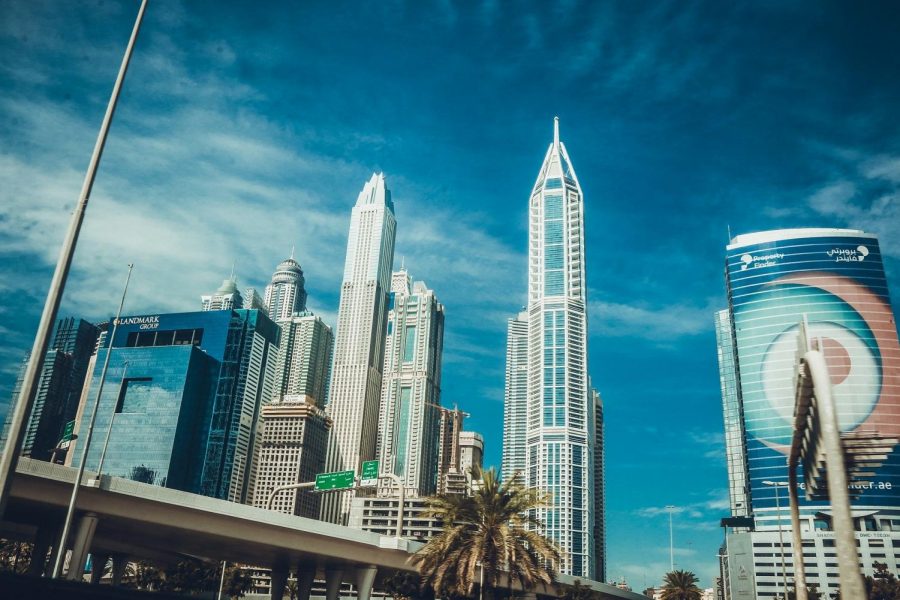 Eco-friendly communities such as Dubai’s Sustainable City pose a solution to the global climate crisis. In the last decade, numerous countries have taken steps toward building developments powered by renewable energy and clean technology.

From its glamorous air-conditioned malls to its indoor ski resort, Dubai is rarely considered an ecological role model because of its extraneous power usage. Yet, the emirate known for having a carbon-heavy footprint is now pushing to be at the forefront of environmental reform.

One of these projects is called the Sustainable City, a neighborhood housing around 2,700 people in 500 villas and 89 apartments. The eco-city opened in 2016 with environmental, social and economic objectives for sustainable living.

Globally, individuals use an average of seven metric tons of carbon per year, hence the Sustainable City’s goal to reduce the usage of carbon fuel within transport and electrical needs.

In contrast to the global average, residents of the Sustainable City generate just three metric tons of carbon emissions each year. Cars are banned from most of the city, instead, bicycles and electric carts are the main modes of transportation. Furthermore, residents receive a $10,000 marketing incentive to buy an electric car that runs on solar power.

75% of the UAE’s electricity goes toward powering buildings and the usage of air conditioning. However, with the hope of preserving this energy, the Sustainable City plans to implement solar roofs and other neutral cooling systems such as UV light-reflective paint.

Moreover, cooling pods maintain steady temperatures in gardening spaces so that a wide variety of fruits and vegetables can grow, thus reducing the need for the Sustainable City to import produce.

Lastly, a gray-water system was put in place to collect water from showers and washing machines to fill the city’s lake. Although developers noticed that the soap phosphates were feeding algae, wastewater is still recycled and used to water greenery in the city.

The Sustainable City provides residents access to a variety of facilities such as a mosque, museum, pool, fitness center, school and more. As a result, living conditions are suitable for both adults and children. The lack of cars also enables children to play and bike the city freely without fear of traffic.

However, there is an obligation for residents to participate in gardening and harvesting fresh produce among other communal chores.

By requiring residents to help sustain the greenhouses, the Sustainable City cuts down the portion of the budget that goes toward maintenance-related tasks, allowing them to put more money toward eco initiatives.

However, residents may not find these adjustments to be worth the effort of gardening or cleaning, which could result in the Sustainable City losing potential residents.

While the Sustainable City is on top of the environmental side of things, from an economic standpoint, the city falls flat.

In Dubai, the average monthly rent for a one-bedroom apartment in the city is around $1,900, whereas the minimum price to rent in the Sustainable City is $3,900 per month. If one prefers to buy a house, the starting price of a villa is about $1 million.

Despite the fact that Dubai is already an expensive area to live in, the price point of living in the Sustainable City may significantly reduce the appeal of an eco-city to those who are not as socioeconomically well-off.

Such steep housing costs are neither financially sustainable nor environmentally ethical. Even people from developed countries or upper class backgrounds should not be required to spend that amount of money for a more eco-friendly lifestyle.

Furthermore, we cannot be solely reliant on people who are economically more well-off to combat the climate crisis, especially when it is statistically proven that people from low-income communities are disproportionately affected by environmental issues.

After organizations like the Sustainable City begin to flourish, it is imperative that they look for ways to make their environmental solutions accessible to everyone, regardless of socioeconomic status, so that everyone can have an equal opportunity to protect the Earth.