The Standard • 18th May 2021 • https://standard.asl.org/18221/opinions/foreign-affairs-a-look-into-north-korea-and-its-diplomatic-relations/

Foreign Affairs: A look into North Korea and its diplomatic relations 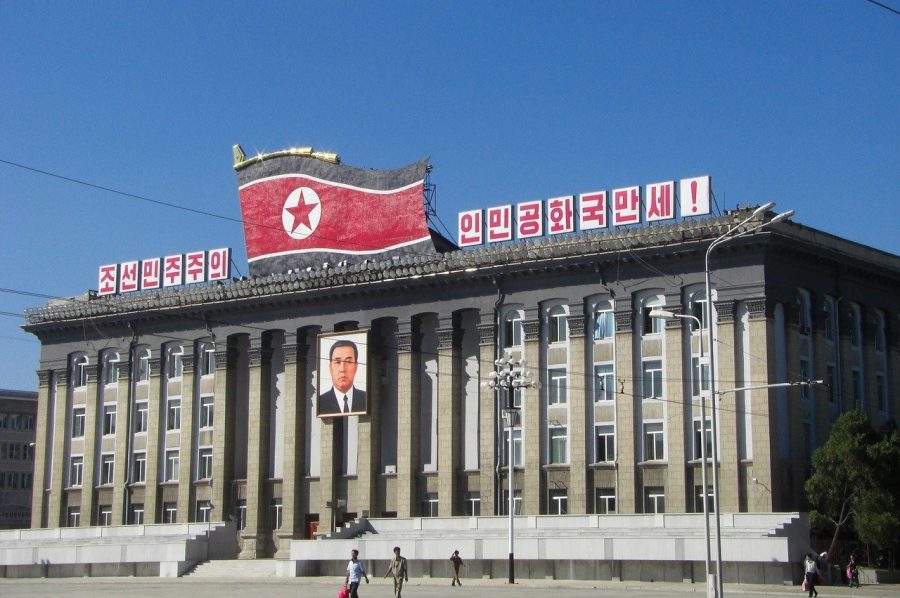 Photo used with permission from gfs_mizuta/Pixabay

North Korea remains one of the most secretive and repressive countries in the world. As a result, the nation has failed to sustain consistent diplomatic relations with the rest of the world.

Over the past decades, concern surrounding the Democratic People’s Republic of Korea, or North Korea’s, nuclear arsenal has risen. Often referred to as the “Dictatorship of People’s Democracy,” the nation is located in the northern half of the Korean peninsula and shares a border with South Korea – a country that has been considered its enemy for decades.

The complex tensions dividing the two nations can be traced back to the geopolitical conflict of the Cold War.

With the Soviets’ intentions of expanding communism throughout the region and the U.S. upholding capitalist and anti-communist ideals, forces from the Soviet Union occupied the north of the Korea while the U.S. occupied the south. The region was in a state of political urgency, ultimately catalyzing the divide into North Korea and South Korea on Sept. 9, 1948, per the BBC.

As a result of the rise in political hostility, North Korea invaded South Korea, followed by the outbreak of the Korean war in 1950. The BBC states that while the war only lasted three years, North Korea and South Korea remained at war as a peace treaty was never signed.

Home to more than 25 million people, North Korea remains one of the most repressive countries in the world, per Human Rights Watch. Under the communist rule of Supreme Leader Kim Jong Un, the third ruler of the 73-year-old Kim dynasty, the government curtails fundamental basic liberties. North Koreans are subject to extremely stringent rules controlling their everyday lives.

Citizens must seek legal permission to travel abroad, and visitors are rarely allowed to enter the country.
News outlets, TVs, radios, etc, are limited to state channels. Those caught listening to foreign broadcasts face severe and harsh consequences. Consequently, North Koreans have little to no information regarding world events, the country’s relations with other nations and how North Korea is perceived by the outside world.
Some North Koreans who are unable to provide for themselves are granted aid from agencies like the United Nations.
Yet, if North Koreans demand more from the government, resist the leadership in place or try to escape the nation, they face severe punishment and are sometimes killed.

An article published by DW examined various countries and their relations with North Korea.

U.K.: Ties between North Korea and the U.K. were first established in the late 2000s. For the U.K., the primary motive for maintaining relations with Korea was the idea of engaging with the nation after the many decades of Cold war isolation. Similar to Germany, the U.K. and North Korea have failed to remain close. However, former U.K. Foreign Secretary and current Prime Minister Boris Johnson once said that “whatever we may think of the regime and its behavior, the ruling elite of North Korea is in the end composed of human beings. We must find ways of getting through to them.”

China: China is often considered North Korea’s closest ally. The nations first established diplomatic relations during the Cold War and have enjoyed them ever since. Yet, accompanying the presence of North Korea’s nuclear program and its mass arsenal, relations between the two nations have discreetly declined over the years, with Beijing criticizing North Korea for the program and its missiles as well as blaming the U.S. for inflaming further tensions. Nonetheless, China plays an integral role in North Korea’s economy and is the nation’s largest trade partner. According to DW, the country depends heavily on China’s food and fuel imports, and 90 percent of Chinese trade is accounted for North Korea’s total trade volume.

Germany: Germany’s ties with North Korea primarily derive from communist East Germany’s ties with Pyongyang at the beginning of the Cold War in 1949. However, East Germany ceased to exist upon German reunification, thus ending diplomatic relations between the two nations. Nonetheless, the two countries still managed to represent interests in either country through the appointment of protecting powers, Sweden acting as the protecting power for Germany and China the protecting power for North Korea. Years later, diplomatic relations between the two nations were restored. Over the years, the nations failed to form a closer relationship, yet Germany has recently taken more of a diplomatic stance toward the regime compared to its American ally.

Countries with no formal diplomatic relations with North Korea:

United States: The U.S.’s relations with North Korea have been particularly hostile ever since the Korean War. In recent years, relations between the two nations have been heavily defined by U.S. economic sanctions held against North Korea’s nuclear program along with ongoing threats by North Korea to strike the U.S. with the nation’s mass stockpile of nuclear arsenal. Although tensions decreased after North Korea announced no more nuclear weapon tests were to be carried out by the nation in April of 2018, it seems as if relations will never truly improve without the complete dissolution of nuclear threats from either country.

France: Relations between France and North Korea cease to exist. However, indirect diplomatic relations remain present with the help of the European Union, whose ties were established in 2001. While the country has a “Cooperation and Cultural Action Office” in Pyongyang, the current French Foreign Minister Jean-Yves Le Drian said “it is time to step up pressure and sanctions” in an attempt to hinder the country’s development of its nuclear program.

While North Korea managed to establish diplomatic relations with certain nations, it remains apparent that the nation has failed, on numerous occasions, to sustain these relations due to its threatening nuclear program, mass arsenal and totalitarian and repressive rhetoric.