The Standard • 25th May 2021 • https://standard.asl.org/18278/features/community-evaluates-celebrity-activism/ 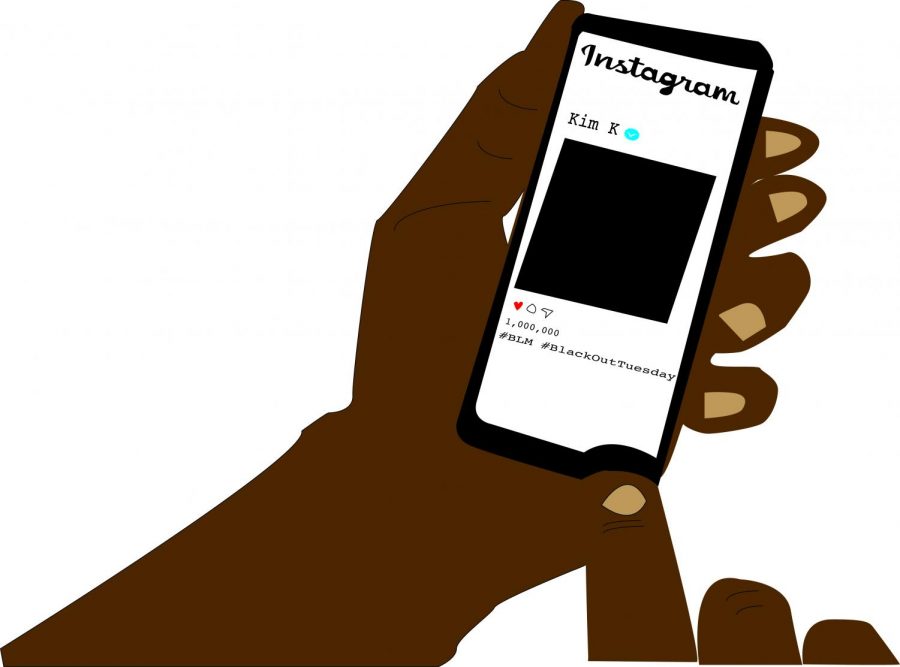 The increased demand for people with a platform to advocate change and spread awareness has become more prevalent with global issues. Questions arise of whether or not they hold responsibility to become activists have become increasingly widespread.

With the prevalence of growing reform movements such as Black Lives Matter, the demand for people in fame to use their platform for activism and education has increased. However, some choose not to pursue an online presence. Whether they are an influencer on social media or a world-class athlete, people in fame who do not advocate on social media have been faced with waves of criticism.
Responsibility for activism
Olivia Benjamin-MacDonald (’21) said it is the duty of people with a following to use their platform for activism.

“If you have a platform, and when global issues happen, I do think it’s your responsibility to spread awareness of issues, because it’s just an easy way to do it,” she said.

Benjamin MacDonald said it is essential for people to push individuals that have an advantageous position of fame yet refuse to speak out.

“Hate should never be justified, but I definitely think it’s important to challenge people, especially people in power,” she said. “People who don’t speak out and who have very large platforms definitely should.”

Meanwhile, Johannes van Zuydam (’23) said that one shouldn’t coerce someone in a position of fame to advocate change.

“It’s a terrible thing for it to be mandatory and their responsibility,” van Zuydam said. “You can’t force anybody to repost things on Instagram or share their opinion.”

PE Teacher Grant Hiller also said activism is a personal choice, but the response to silence on social issues can be negative.

“Ultimately, I think it’s up to them,” he said. “However, whether they like it or not, if they’re in a position of fame, there will be critics and people will question if they haven’t said anything.”

Hiller said people with any level of following should educate themselves, whether that be about local events or global issues, before sharing anything online.

“Famous people bear responsibility for the words and the messages that they put out there,” he said. “They are in their benefit to be as informed as possible about the opinions that they share.”

In addition, Benjamin-MacDonald said awareness about the accuracy of information spread online is vital, because often, celebrities are faced with an impressionable audience.

“Activism is key because people do look up to famous people, especially like younger people as well,” she said.

Furthermore, Hiller said there is a notable amount of influence that famous people have on their supporters, even if it’s not purposeful, and therefore, they should be aware of what messages they are disseminating.

“They also need to be aware that they do reach more people than the average person, therefore having more of an impact, whether that’s intended or not,” he said.
Activism beyond social media
One way activism materializes beyond the internet is through sports, which van Zuydam said he is strongly against.

“The biggest, most controversial topic that I have the strongest opinion on is that politics should not mix with sports,” he said. “At the end of the day, I’m there to watch sports, I’m not there to become a social justice warrior.”

On the contrary, specifically in relation to the Black Lives Matter movement, Benjamin-MacDonald said the integration of activism in sports is necessary as racism and other social issues don’t disappear on the field.

“We don’t have to integrate the whole political organization, but just the concept of Black Lives Matter in sports and the new recognition around anti-racism, is just like an automatic response that I feel is just needed.”

Nevertheless, van Zuydam said he still agrees that education and awareness of global issues is essential, just not through sports.

“Obviously, everybody should be educated on modern day topics, but I don’t think sports is the place,” he said. “At the end of the day, sports is what a lot of people like to watch and follow to clear their mind of what’s happening and not be constantly reminded of conflict.”

Moreover, van Zuydam said even though he respects activism through sports as a fan, it shouldn’t be compulsory, rathera personal choice.

“I am a big Formula One fan, and Lewis Hamilton always wears a BLM shirt as he also happens to be a person of color,” he said. “He’s wearing a shirt that obviously has good intent behind it, but that should not be forced, or for everyone else to wear.”
Activism in a polarized world
With society polarizing, Hiller said it is important to embrace the act of listening to one another.

“Often, we are polarized in our opinions, and we forget to listen to each other,” he said. “We need to try to think where somebody else is coming from even if we disagree with their statement.”

“You can definitely have your own opinion,” she said. “You don’t have to like certain groups, but it doesn’t mean that you [should be] inciting violence or talking about them in a way that can put them in danger.”

In addition, van Zuydam said expressing opinions is a universal right, as long as it’s said with good intentions.

“Everyone should have the right to their opinion, if you can express it in a respectful way.”

Hiller also raises the question of how society picks who gets criticized, and said he tries to neutralize his bias to understand an opposing viewpoint.

“Who says one person should get criticized and another person shouldn’t?” he said. “It’s trying to find that middle ground. If somebody said something that doesn’t agree with my politics, yeah, I might want to critique, but I’ve got to be equally willing to take a critique from the other side.”

Mistakes are a common occurrence, and Hiller said the media stimulates an unforgiving environment for people who grow up in fame.

“As a teacher, we see this all the time,” he said. “We know that you’re growing up, you’re changing, and then you will make mistakes. And our society – especially white Western society – demands perfection. And we can be rather unforgiving.”

Comparatively, Benjamin-Macdonald said responsibility should be taken, even when paired with change.

“Accountability needs to be held, but also when it comes down to people’s childhood and things they’ve said in the past, as long as they have changed, and it’s very much visible, then I think it’s okay,” she said.

In essence, Hiller said in order to create a forgiving and supportive community, we must help each other.

“Famous people might not be sure how to use their platform or the amount of influence that they really do have because they themselves are still young and growing,” he said.  “And so it’s very easy to look at the individual – they’re the ones who get to be at fault, but very rarely are we alone in this world. We have others around us.”