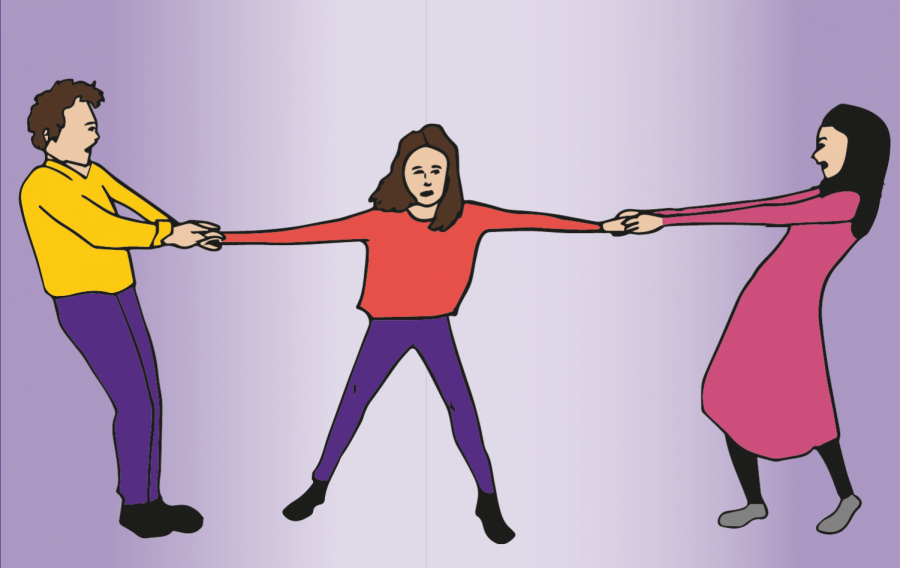 Filled with moral and internal conflicts, “Three Daughters of Eve” follows Peri, a confused Muslim woman who has led nothing short of a tumultuous life. Peri attends Oxford University as a student and later lives as a wealthy housewife and mother in Istanbul.

Shafak seamlessly blends together two storylines set over a decade apart. The book starts at the beginning of a regular day in Istanbul in 2016, with Peri and her daughter Deniz stuck in brutal traffic.

Alternating chapters follow Peri throughout this day as she describes Istanbul and its culture through a run-in with a thug and a politically charged dinner party.

The eclectic guest list of the dinner party helps Shafak show the many ways Middle Eastern culture influences the socio-political climate. Peri describes the women at this party as fearful: God-fearing, husband-fearing and disgrace-fearing women who submit to their seemingly restrictive religion and culture to different extents.

Earlier in the day, Peri’s handbag is stolen by a homeless person on the highway from the back of her car, and she uncharacteristically chases the thief down to get it back. During the scramble, a picture falls out of Peri’s wallet from her time at Oxford. This picture releases the figurative dam that Peri had set up to keep memories of this part of her life at bay.

The other chapters follow Peri as a child living in Istanbul all the way to Oxford. Religion dictates this younger period of Peri’s life, as she’s confusingly suspended between her parents’ polar opposite beliefs.

Peri’s mother, Selma, a devout Muslim, chooses to completely cover herself and prays often. Antithetically, Mensur, Peri’s father with whom she usually sides, scoffs at what he sees as outdated religious practices, leaning more towards facts and science.

In Peri’s teenage years, one of her brothers gets arrested for rebelling and joining the Marxist movement, a band of socialist activists. After this incident, which leads to numerous arguments, her parents can’t bear to interact with one another and separate to their own floors of the house.

The physical and spiritual divide between her parents leaves Peri suspended in what seems like religious free-fall. She pinballs back and forth between her parents’ beliefs until she lands at Oxford, where she meets professor Azur.

Peri describes Azur as a tangible “god” and rebellious teacher. He gives an infamous and mysterious lecture titled “Entering the Mind of God/God of the Mind.”

Azur believes very little in syllabuses and plans, and forces his 11 students to sit in a circle so that they are all equidistant from the center. It is also important to Azur that his students remain curious and open-minded, pushing away dogmatic tendencies.

Azur challenges each and every student, throwing them through numerous loops. This excites some and angers others. He adamantly separates God from religion and forces Peri, who is fiercely searching for answers to her confusion, to relish her questions and ask new ones.

I can’t help but relate to Peri’s frustration as I too don’t have clear answers when it comes to my beliefs and I find it difficult to exist in my own confusion surrounding God and religion. Through “Three Daughters of Eve,” Shafak has given me the opportunity to explore my own religious uncertainty through learning how to isolate God from religion.

Peri’s religious hesitation is furthered by the friends that she makes at Oxford. Peri meets Shirin and Mona, the Sinner and Believer, as Shirin defines them.

These new friends are reflections of Peri’s parents, as Shirin aggressively pushes against religious customs and Mona pushes back, keeping her hijab firmly on her head.

Throughout both story lines, Shafak expertly gives insight into differing experiences based around religion, God, beliefs, culture and biases. She raises more questions than answers, thus proving how further questions can sometimes feel like the answers we need in order to understand ourselves and our place in the world.

Shafak’s ability as a writer is highlighted in the way she not only crafts Peri’s complex character, but also describes the cultures that surround her. Her use of metaphors paints a vivid and electric picture of Istanbul and the madness that, in her words, courses through it like a drug.

“Three Daughters of Eve” is a mixing pot of thought-provoking themes melded together through stunning imagery and an enticing plot. Through her novel, Shafak has taught me that it is important to be confused about such unanswerable topics like religion and God, and in what way beliefs are uniquely shaped by experiences.