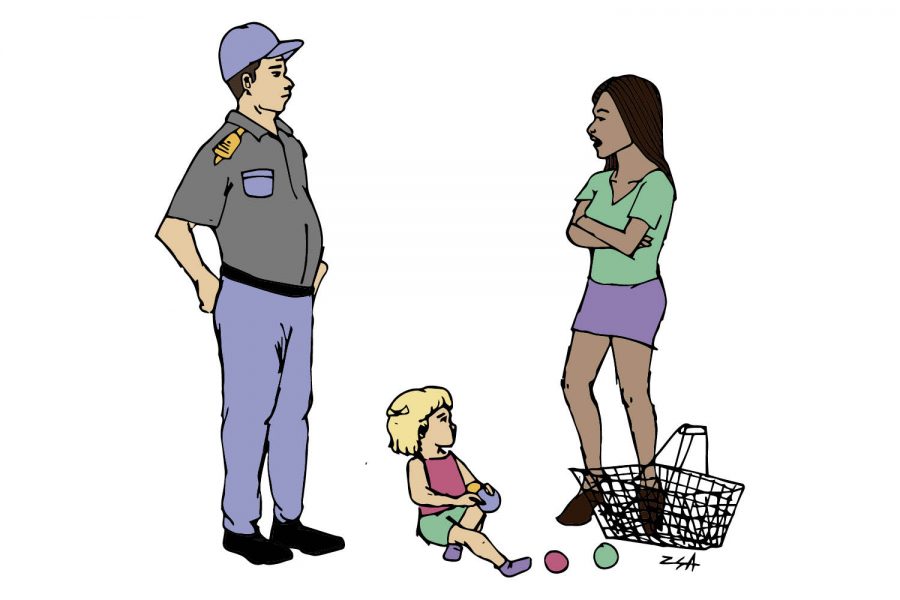 One of the most alluring aspects of Kiley Reid’s debut novel “Such a Fun Age” is the fresh and imperfect voice of 25-year-old Emira Tucker. Emira, who is African American, is an uninsured babysitter for the white Chamberlain family.

Alix Chamberlain is a feminist blogger and public speaker. She seems to have the best intentions, but doesn’t always do the right thing – whether that be with her daughter Briar or with her seemingly indifferent babysitter.

When Emira is celebrating her best friend’s birthday, she gets a phone call from Alix, who she calls Mrs. Chamberlain, asking her to pick up Briar and stall her at the supermarket.

Emira warns Alix that she is in no way dressed for babysitting, but Alix – who is evidently preoccupied – is desperate, and tells Emira she’ll pay her double.

Hours later, Emira is being held up with Briar at the grocery store by a white security guard. He asks her why, if Briar is not her daughter, Emira has her at a grocery store so late at night dressed like that.

During the confrontation, Emira sees another man filming the tension-riddled exchange and advocating for her rights. The security guard tells him that he doesn’t have the right to interfere in a crime.

With that, a very frustrated and shocked Emira speaks up and offers to call Briar’s dad. She said that he’s “‘an old white guy so I’m sure everyone will feel better.’”

When she’s finally allowed to leave, the man recording the interaction, who she learns is named Kelley, catches up to her, offering to send her the video so she can have the security guard reprimanded.

Days later, Emira sees Kelley on the subway and, after hanging out for some time, they start dating.

This tips an unknowing Emira into a tug-of-war between her white boyfriend and white employer, who have a curious connection.

Alix is frantic to create a familial relationship with her babysitter, and Kelley is determined to help Emira fight for her rights and avoid the rampant racism that is around every corner.

After much self-reflection and growth, Emira has to re-evaluate who she surrounds herself with and how often she stands up for what she needs.

In addition to a complicated and multi-faceted plot that challenges modern day race relations in America, Reid’s style of writing creates an immediate and important connection between her readers and Emira.

A little ways into the book, it became so hard to put down. I had the urge to read Emira’s story as she maneuvers a situation that I am completely ignorant about.

Emira is not only a window into experiences I will never have because of the color of my skin, but she forces me to challenge my perceptions of race and empowerment.

For example, prior to reading this book, it was less clear to me that trying to get a person of color to stand up for their rights could be condescending and inappropriate.

However, through careful character development and shrewd observation, Reid made me see that, sometimes,

white people are motivated to “protect” people of color to prove to the world that they aren’t racist.

Reid also expertly develops a loving and strong relationship between Emira and Briar. Briar, although only 3, seems to understand Emira best out of all of the characters in the book. This relationship brilliantly proves that young children – who haven’t been impacted by the racism that riddles America and the rest of the world – are some of the most accepting people.

This also shows that there is so much work to be done to try to reverse the prejudices that infect all of us.

Tackling racism is a fragile but necessary task. “Such a Fun Age” shows that the best ways white people can contribute is by listening, being an ally and acknowledging how their privilege means they will never understand certain experiences.

Ultimately, Reid showed me what underhanded and subconscious racism looks like in the situations that don’t get circulated in the media. Police brutality, murders and corrupt legal cases are topical online, but the micro-aggressive racism that Emira faces every day is less reported on and explored, and, therefore, even more necessary to understand.