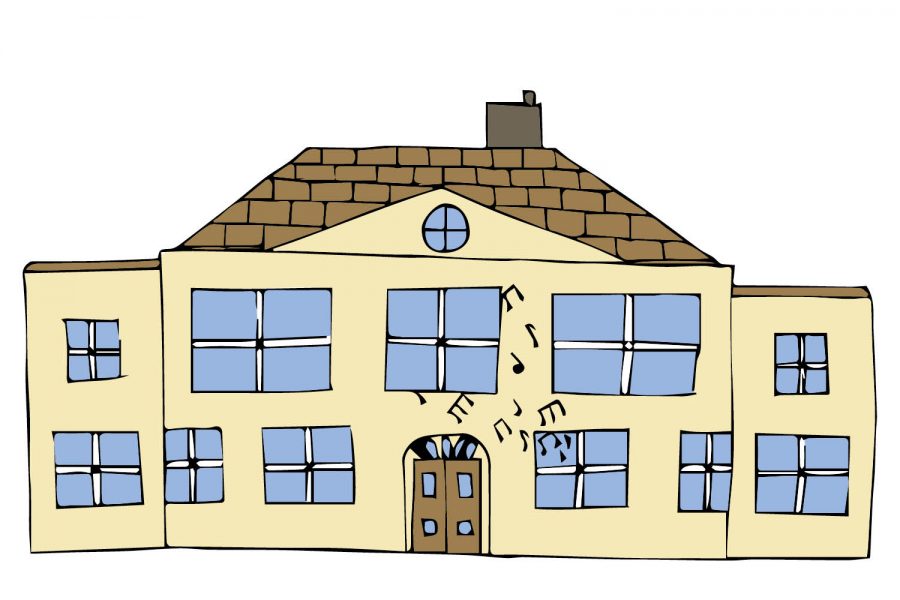 Metaphorically, “Bel Canto” by Ann Patchett is a vast ocean. The plot heaves and crashes in powerful waves that leave the reader drenched in beautiful metaphors and stinging with anticipation. One could explore the depths of Patchett’s masterpiece for years, but there would still be many treasure chests left to uncover.

The plot begins when the most powerful businessmen from around the world and their wives are invited to an obscure and unnamed third-world South American country to celebrate Katsumi Hosokawa’s birthday.

On the outside, Hosokawa is so hardworking that he bleeds the color of his Japanese electronics company, and order rules over every aspect of his life. The exception to this rule is opera.

From the very beginning of the book, it is clear that whatever ambiguous and disputed definition true love holds can be applied to Hosokawa’s passion for opera. The stoic structure of his life melts away when he hits play. The sole reason he was motivated to fly 16,000 miles to an irrelevant and time-consuming birthday dinner at the Vice President’s glorious house was to hear the renowned Roxane Coss coat the room with her voice.

Coss was the motivating factor for many of the party guests’ journeys overseas. Communicating the beauty of someone’s voice through the pages of a book is no common feat, yet Patchett does so with startling grace. The enigmatic nature of Coss emanates from the space she so resolutely takes up.

It’s no surprise that when the party is suddenly overtaken by a terrorist organization composed of gun-wielding men and children trying their best to embody the epithets of guerrillas, no one in the room notices at first; everyone was so completely entranced by the notes still bouncing around the great dining room.

Before anyone can figure out what exactly has happened, $2,000 suits and silk dresses are being wrinkled as commands are yelled out to lay on the floor.

It turns out that the terrorist group climbed through the vents in order to capture the country’s president, who would’ve been at the dinner if his favorite soap opera hadn’t been on that night. In other words, his preposterous priorities saved his life.

Upon discovering that the president was nowhere near the vicinity, the inexperienced group had no other option but to take everyone else hostage for fear of surrendering their power.

Soon after, all of the women are released from their prison; all except one. Coss’ voice is like money, gold and power wrapped up in a grand bow. The terrorists would’ve been foolish to relinquish such a gem.

Throughout this Narnia-esque adventure, relationships form between each and every individual in the house – good guy or bad. On paper, these connections should not come easily considering the cacophony of different languages radiating around the house. The party guests and their captors are able to transcend the language barrier, however, thanks to the paradoxical skills of Hosokawa’s translator Gen.

Nevertheless, opera is even more powerful than Gen’s translating proficiency. Despite the fact that very few people can understand what Coss’ is singing, they find a common language in how her words make them feel. Opera becomes a constant in an otherwise fluctuating situation.

The extreme circumstances that the captors are subjected to bring out otherwise obscured character traits. As they say, pressure creates diamonds.

In conjunction with Coss’ voice, which becomes a lifeline for both captors and captives alike, she displays a resolute leadership style that wraps itself around the group and keeps the dynamics from collapsing.

Similarly, the Vice President tirelessly takes on the role of host, working 24/7 to make sure his guests are comfortable considering the circumstances. The ironic and comical nature of “Bel Canto” can truly be seen in the Vice President’s attempts at normalcy as he trades his political hat for cleaning supplies.

Beyond the captivating and rich plot, “Bel Canto” is told in such immense yet necessary detail that Patchett manages to warp the passage of time. The next few months feel at once like years and days. The pace speeds up as terror ripples through the cast of eclectic characters, and slows down as love is explored in all of its glorious forms.

Wedding vows are tested while the all-encompassing and desperate kind of love takes hold, which forces new relationships that shouldn’t work but make too much sense once they are achieved. The mini civilization in the Vice President’s house creates a once-in-a-lifetime atmosphere that allows for incredibly natural and passionate connections to blossom.

The significance of “Bel Canto” is tremendous. It challenges the standard ‘happy ending’ that so many crave. It is addictive in the way other books strive to be but fall just short of; I felt a severe impulse to restart it immediately after absorbing the final word.

By the end, Patchett had managed to knock me down, filling my lungs with saltwater and causing brief sensory deprivation.

Concurrently, the book itself transformed into a conductor’s baton, swinging up and down, right and left, in beautiful, mesmerizing strokes. Just as it would be rude to interrupt an outstanding musical performance, putting the book down in the middle of the score felt misguided and incongruous.