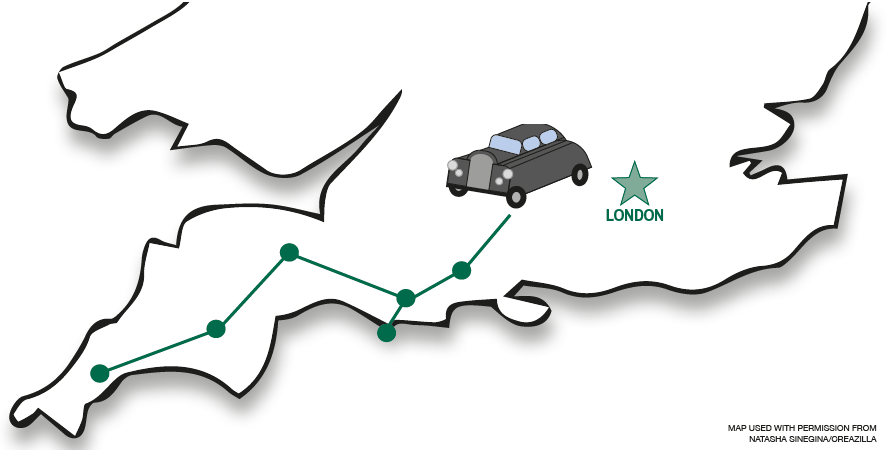 ‘The Remains of the Day’ drives self-reflection

In an if-I-may-be-so-bold manner that becomes a reliable constant throughout the novel, “The Remains of the Day” by Kazuo Ishiguro begins with the main character contemplating his boss’s offer of a rare motoring vacation.

Stevens, a true gentleman and professional butler, immediately reassures the reader that he did not, at first, take his employer’s suggestion seriously; the prospect of using Mr. Farraday’s car and money to buy gas could be perceived as unseemly.

However, Stevens did admit that he decided to take Mr. Farraday up on his offer after receiving a letter from his old co-worker Ms. Kenton.

Although the plot of the book is structured around this uncharacteristic adventure through the English countryside, it is guided more so by Stevens’ memories than any road map.

Stevens’ train of thought follows many different paths while he travels. He contemplates what it was like working for the late Lord Darlington – a powerful gentleman who dipped his fingers into all things politics – as well as his relationship with Ms. Kenton throughout their years working together.

The physical trip Stevens embarks on lasts less than a week, and yet he manages to unpack decades of memories and feelings. Ishiguro masterfully maneuvers between present and past without rupturing the readers’ acute and well-earned focus.

The action in “The Remains of the Day” is in the details and unique insights of a narrator brimming with once-in-a-lifetime experiences. Anything explosive would seem out of place and disruptive.

However, this book could be classified as one massive plot twist that slowly unfurls right under the reader’s nose. One would think the themes are overt and obvious until realizing just how much is being concealed between the pages.

As if he placed a frog in cold water and slowly brought it to a boil, Ishiguro reveals just enough to make the reader think something is not quite right, but not enough to ever truly make them jump.

Stevens’ constant self-justifications, tendency to devote all of himself to the art of butlering, and increasing doubt surrounding the level of fulfillment in his life set off mini alarm bells in the back of the reader’s mind. None, though, are glaring enough to reveal how Stevens truly feels about his life until they’re all glaringly compounded together.

In addition, Stevens’ quest to answer one all-encompassing question – what does it mean to be a great butler? – throughout the book gives reason to be worried.

The complexities of such a question are revealed by the many ways in which Stevens tries to answer it. Throughout his stories, it becomes apparent that he truly is a great butler, but it takes him an unnecessary amount of time to admit he thinks he is so.

For example, Stevens recounts one of the more important parties Lord Darlington held at his estate – a dozen or so of some of the most powerful people from all over Europe and America came to the estate to condemn the world’s harsh treatment of Germany after World War I.

Not only is Stevens so blinded by his love of his boss that he can’t see the growing fascism floating around the room right in front of his eyes, but he also does not stop working even as his father is dying just a few floors above him.

His moral compass, gut feelings and waking moments are steered by his commitment to his job.

And so, by the end of the book, the alarm bells ring loud enough to make the reader squirm in their seat.

This under-the-radar phenomenon does not reveal itself solely within Stevens’ own narration; it is also exhibited within the plot.

While staying at a stranger’s house in a small yet eccentric town, one of the townspeople says to Stevens, “‘It’s not just the cut of your clothes, nor is it even the fine way you’ve got of speaking. There’s something else that marks you out as a gentleman. Hard to put your finger on it, but it’s plain for all to see that’s got eyes.’”

Stevens’ character is ambiguous because he’s humble beyond reason and certainly an over-thinker. He also tends to bring the reader down his often irrational spirals. There’s definitely something about Stevens that draws you in, but the words to adequately describe him always seem to be just out of reach.

In a similar manner, labeling the themes within this book is a complicated process.

“The Remains of the Day” is the least obvious sort of love story, the type that creeps up on you in a grand, yet sad, realization. It’s as though Stevens wouldn’t be able to spot love even if it hit him square in the forehead.

From the outset, Stevens defines the idea of him loving Ms. Kenton, although he never explicitly uses the word, as so preposterous that soon it becomes obvious that these feelings are, ironically, nothing if not love.

In addition, the way Stevens over-analyzes his interactions with Ms. Kenton, coupled with his constant reiteration that their relationship hardly ever crossed the line between professional and friendly, lends to the covert nature of the story.

This carefully curated storyline and character development are the product of some of the best writing I’ve ever read. Every word within the book has a meaning and a purpose, and was obviously thought through with as much precision as Stevens applies to his own craft. The book is so seamless that it’s easy to take for granted.

Ishiguro’s novel is a perfect blend of easy to read yet also deep and perplexing. As much as I found myself naturally sinking into the story, I concurrently found myself contemplating massive questions such as: how one can live a life that they won’t look back on with bouts of nauseating regret?