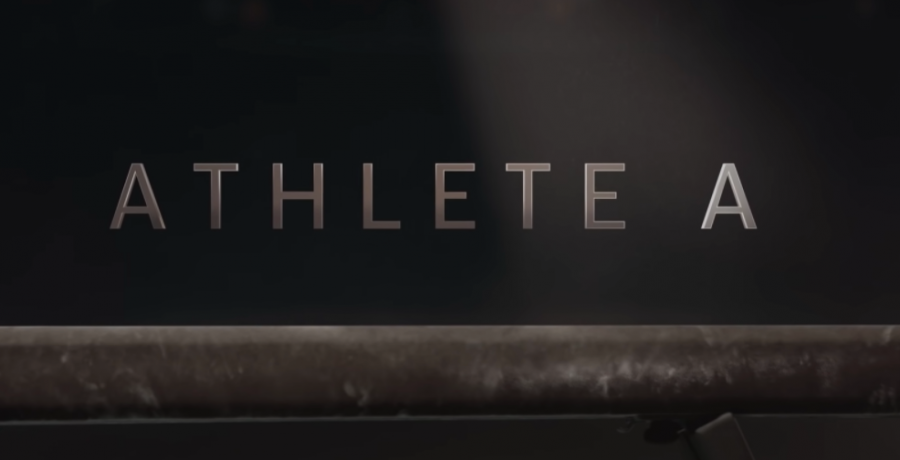 Image used with permission from Netflix

‘Athlete A’ gives a behind the scenes look into the abusive world of gymnastics for young girls.

When thinking of gymnastics, our minds often envision people soaring through the air, turning elegantly and balancing perfectly on beams. Yet, the documentary “Athlete A” provides a behind-the-scenes look into a treacherous environment where young girls were subjected to sexual and emotional abuse from coaches and team doctor Dr. Larry Nassar along with how USA Gymnastics, the sport’s national governing body, had covered it up.

“The methodology of coaching was cruelty,” former gymnast Sey said. “You could be as cruel as needed to be.”

The demanding environment elite gymnasts faced seemed to be brightened up by Nassar. For 29 years, Nassar was a doctor for the USA Gymnastics women’s program. He was described as kind and often gained the trust of the young gymnasts by sneaking in snacks and comforting them through his kindness in an otherwise unkind environment. However, many of these young girls would later come forward with claims of sexual abuse against him.

I’ve always admired the technique and dedication of young gymnasts such as Simone Biles or Kerri Strug. To know that while they were leaping in the air, they had to deal with the constant pressure of abusive coaches makes my stomach churn. Surviving in a world with eating disorders and unreported sexual misconduct along with being pushed to win medals requires immense strength from these young gymnasts.

I was oblivious to this toxic side to the USA Women’s Gymnastics team; however, this documentary managed to detail/expose the story of young women in an abusive environment. In other sports, professional athletes are primarily adults who are mature enough to make their own decisions. On the other hand, women’s gymnastics often features young girls and teenagers who are too young to recognize sexual abuse and understand the harmful effects of eating disorders. They shouldn’t have to learn what an abusive environment looks like from experience.