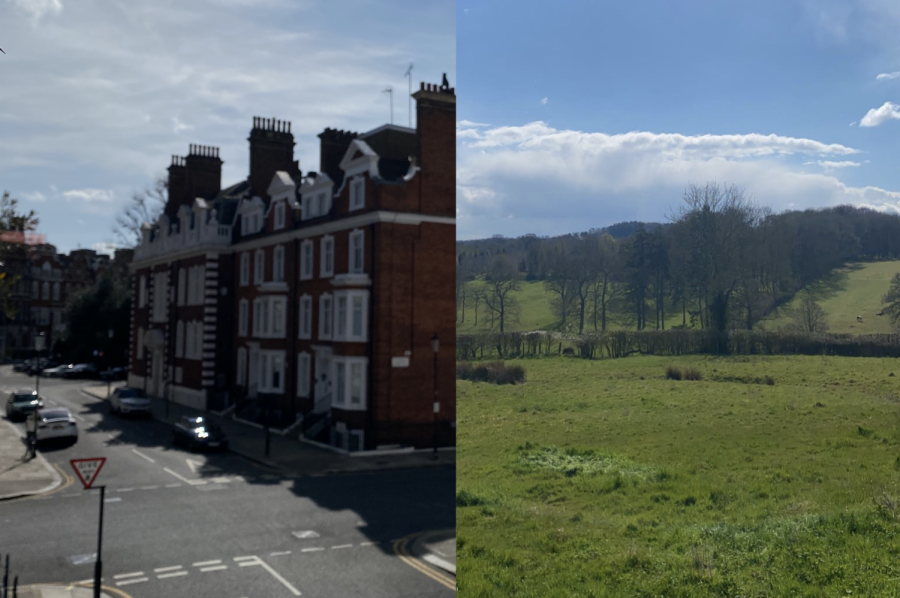 Following a series of COVID-19 lockdowns, many Londoners have migrated out of the city. As social distancing restrictions defined the ‘new normal’ in 2020, migration patterns indicated an urban exodus to the suburbs and smaller cities.

As the COVID-19 crisis escalated and social distancing restrictions took hold in 2020, a renewed interest in rural real estate created a frenzied demand for suburban homes.

Urbanization is one of the greatest achievements of modern societies, creating the ideal environment for economic and cultural agglomeration. However, the local and global interconnectivity of urban centers have also established the epitome environment for the acceleration of contagious infections.

With the shift to a remote lifestyle and the temporary closing of various industries for service, the hyper-convenient nature of cities waned.

As a result, many city-dwellers decided to trade up for more spacious and lower-cost living in rural areas, deserting mega-cities such as London and New York.

Rightmove, the U.K.’s largest online property website, reported an increase in buyer enquiries of 144% for village homes from London residents in June and July 2020. The migration of residents from London equated to lower housing demand in the city, rebalancing property prices in and out of the capital.

A survey conducted by the London Assembly Housing Committee between July and August 2020 revealed that 4.5% of Londoners — 416,000 people — are departing or have already left the city.

So, does this constitute an urban exodus?

Historically, plagues have been a principal impetus for migration out of global cities, but these migrants tend to get drawn back into urban life. For example, after the Black Plague in 1353 and the Spanish Influenza in 1920, the exodus of city residents left the streets of urban centers desolate until danger had passed.

As vaccine rollout progresses and the public begins to take advantage of urban amenities again, more people are expected to return to cities.

However, the pandemic has proved a practical life from home is feasible with telepresence. Hence, the question looms over whether those who sought calmer, cheaper environments away from the metropolitan chaos will choose to return.

According to TotalJobs, 26% of Londoners working outside the capital during the pandemic plan to stay permanently.

The viability of working from home means that the proximity of homes in relation to the workplace may be less of a consideration in the future.

People who have been laid off and furloughed as a result of strict restrictions may find they can no longer afford their monthly mortgage or rent payments in cities, forcing them to find more affordable alternatives.

For many, this means relocating to a nearby suburb or smaller cities, where real estate and property tax are typically less expensive.

Furthermore, it is apparent that the pandemic has forced many people to reevaluate their priorities and realize that quality of life matters.

While cities have been designed with green space in mind for centuries, they are fundamentally concrete jungles built on the concept of commuting.

However, the pandemic-accelerated paradigm of the digital economy has made suburban life less of a compromise between green space and convenience. Digitization trends that have kept communities afloat include the exponential rise of e-commerce, increased communication via streaming services and more businesses embracing an in person-online hybrid approach.

By the time public confidence returns to urban centers with effective health responses, new habits will already have been cemented, businesses will have modified to run in a distributed world and we will have adapted to the ‘new normal.’

It is fairly cliché to claim the COVID-19 pandemic has accelerated pre-existing trends, but the U.K.’s internal migration has confirmed we are living through a 21st Century urban exodus.