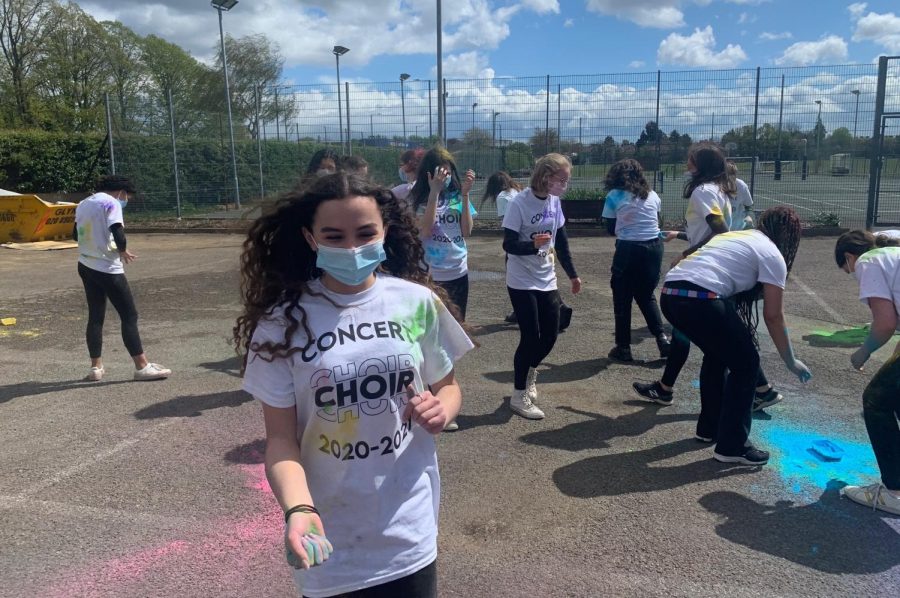 Due to COVID-19 limitations, the choir, orchestra and dance ensembles pre-recorded their annual spring concerts that were later broadcasted on the ASL website June 6, June 10 and June 11, respectively. (Note: You may need an ASL login to view)

According to Performing Arts Teacher Lorraine Davis, the orchestra recorded seven pieces of music May 26 at Hyde Street Methodist Church. After lockdown in spring 2020 hindered the orchestra’s ability to practice in person, Davis said she is grateful for the opportunity to perform in a church again with its “beautiful acoustic.”

Davis said centering the performances around a theme – this year’s being the “spring” – is something she hopes to continue in the future.

“It just makes for a program that really sticks together,” she said. “It has a storyline, and I think audiences today want a storyline to hang on to. It helps them engage with the music.”

Danielle Hajjar (’23), an orchestra member, said although she was pleased to be able to perform this year, she misses the “combination of nerves but also excitement” that come with performing for a live audience.

“To be honest, I would totally go back to the way that the old concerts were,” she said. “It has a really nice feeling to it that I don’t think recorded concerts have.”

Even so, Hajjar said an advantage to the recording process adopted this year is that it allows for multiple retakes, hence they were able to amend mistakes.

Hajjar said she watched the live broadcast of the orchestra performance at home with her parents June 10.

In addition, Performing Arts (HS Dance) Teacher Jane Coulston said there were two elements in the dance performance broadcast. One was a recorded dance piece the students created while using ribbon and contemporary movement “to connect with the music.” The other contained a series of clips showcasing students dancing at home during distance learning.

According to Coulston, students performed pieces inspired by a song called “Experience” by Ludovico Einaidi, which she said embodies a “beautiful kind of orchestral music.” She said as the song progresses and the tempo changes, students “pick up moments that they highlight with their bodies.”

“It is one of those things that you can interpret like a modern piece of art,” she said.

“Being physically in the studio with students, being able to create, using their creative voice as well as mine and just being so ready to be around people at that point, that was the best part of the year by a longshot,” she said.