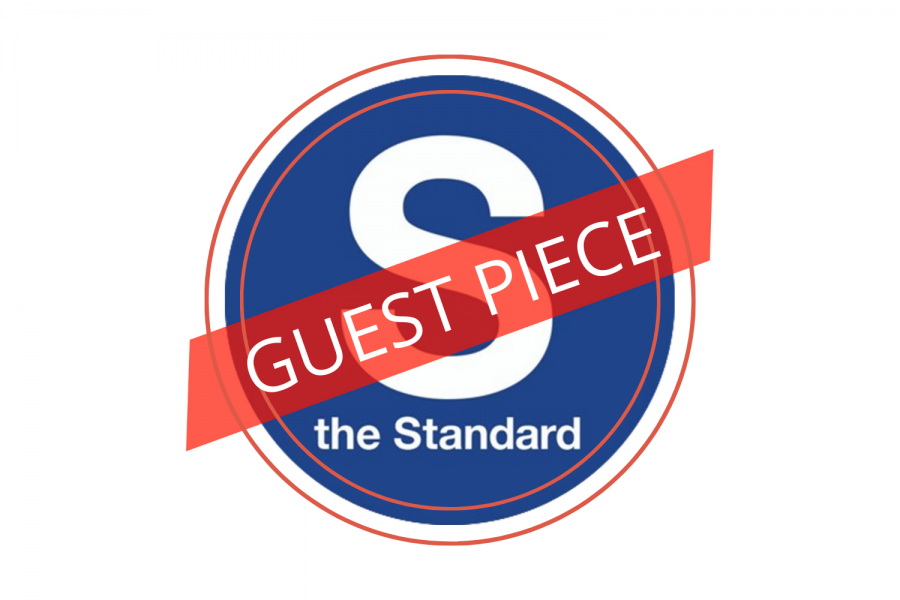 Writer’s Note: I am so sorry to have not been able to do the video interview with you for your project about 9/11. As I mentioned to you through my tears, it is an extremely difficult thing for me to talk about. In my moment of emotions and grief, you demonstrated tremendous empathy and concern for me through the words you shared, and I sincerely thank you for that. I offer this submission in the hopes that it will contribute to the depth and texture of your video project on the twentieth anniversary of 9/11.

I will always remember 9/11 like it was yesterday. On that fateful Tuesday morning, I was starting to teach an Algebra class on one of the first days of school at Saint Ann’s School in Brooklyn Heights. As Michael, one of my students, raised his hand to ask a question, the head of the middle school burst through the classroom door and instructed everyone to walk quickly down to the basement. Whilst he did not provide any further information (I would later learn that he did not have much information), I heard seriousness in his voice and took note of his fast stride.

My students joined the throngs of other students who were descending the main staircase, and we eventually descended into the Undercroft, which was the name for the basement level of the school’s main building. I gathered there with my students and other teachers and their classes and awaited further instructions. Administrators tried to use their walkie-talkies, likely for the first time ever, and teachers tried to distract their students from the unknown.

Chaos ensued as the word soon spread that a plane had hit one of the towers of the World Trade Center. Teachers and students started talking and many people started crying. I asked a colleague to keep an eye on my students as I headed to the tenth floor to get my cell phone to call my father, who had experienced heart issues the day before. The math department office was a square-shaped room, with windows that offered a clear view of the World Trade Center across the river into Southern Manhattan. As I began to call my father from the office, I saw the second plane go into the South Tower of the World Trade Center. I saw the plane crush and twist into the steel skeleton of the tower, the resulting explosion and flames, all of it burning into my mind in a permanent technicolor hellscape. I was alone in the office when this happened, and my department chair came into the office and saw that I was badly shaken. Whilst she didn’t know about my father, she had seen the aftermath of the first plane hitting the North Tower and she saw me shaking; I crumpled into her arms and my heart sank to the floor.

I went back down to the Undercroft to be with my students. More information was coming now to the teachers, and it was coming very fast. We were in an emergency lockdown and parents were coming to pick up their children at the school, and multiple children were crying. A good number of children were being collected, and it was clear that the remaining children would likely be with us for some time. The level of adrenaline in the room amongst the adults was surreal, and many of the remaining children were in bad shape. A number of my younger students were asking questions to which there were no answers. I remember one of my third graders pacing nervously back and forth until he wet himself out of anxiety. I remember feeling like everyone was swimming in quicksand and a feeling of eternal helplessness.

It became clear that we were going to leave the school, so I again went up to the math office to fetch my bag. This time, there were several teachers in the office watching the smoke waft from the Trade Center area. One of my co-workers mentioned that he thought he saw things falling out of the building. I looked more closely and with my co-workers, we determined that there were people jumping from the building. One of my co-workers vomited into the trash can, and two teachers started crying. I felt sick and hurt in a dimension I didn’t know existed.

All teachers were directed to leave the building shortly thereafter. Many teachers lived near each other in Park Slope, a 45-minute walk away. We walked together, almost in complete silence. In the coming days, I would find myself cherishing the moments soon after I was awake, before I realized what I had seen in the days before, and before I remembered what had happened. As the days wore on, those moments shrank further and further until they eventually vanished.

In the days that followed, my roommates and I wondered when the acrid smell and ash in the air would fade away, we wondered when the paper files from the offices that were in the Trade Center would stop floating in the air over to Brooklyn, and we wondered when life would return back to normal. We eventually came to terms with the fact that everyone’s lives were permanently changed from that moment forward. My girlfriend (now my wife) was in Northern Ireland for work on 9/11 – the distance between us on that day was at once infinite and infinitesimal.

In the years that followed, I taught and worked with two children who lost their parents in the attacks. One was eight years old, and the other was twelve years old – they were from different families. While I cared deeply for these two particular students, my empathy for them grew even further when I became a father several years after the attacks. Although I have done some challenging things in my life, nothing has ever compared to the time when I tried to comfort the eight-year-old when he asked me, “Why isn’t my daddy coming back?” during the middle of class.