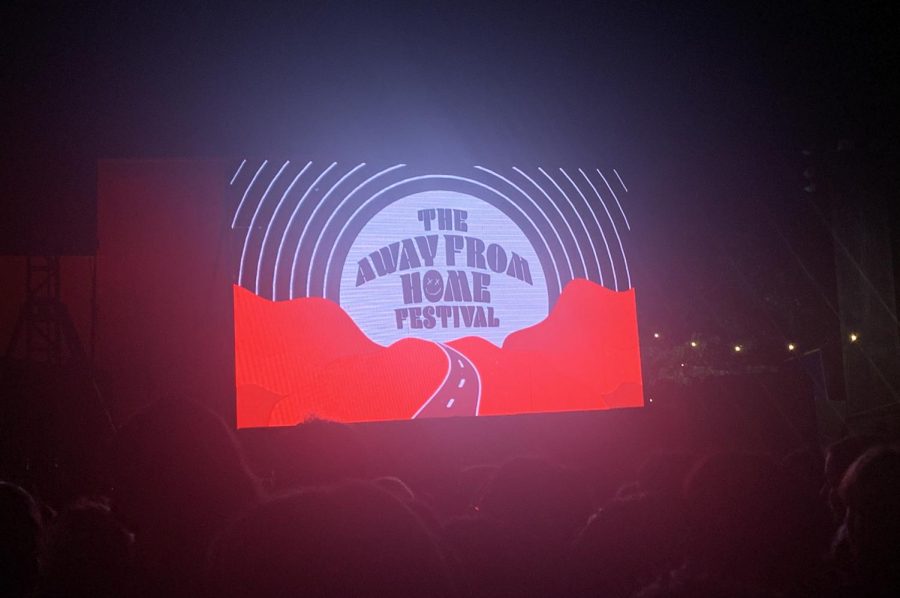 Artists such as Bilk, The Snuts and Louis Tomlinson performed at the Away From Home Festival Aug. 30 to a crowd of 8,000. The festival showcased the heart of London music and featured up-and-coming artists taking the chance to prove themselves.

After nearly two years without live, in-person music as a consequence of COVID-19, the Away From Home Festival provided the perfect opportunity to experience new music produced during the pandemic. Held at the Crystal Palace Bowl in London – and starring former One Direction star Louis Tomlinson – the show took place Aug. 30 and attracted a crowd of 8,000. The festival awarded randomly-selected tickets to fans through an online raffle. Though supporting acts “Bilk” and “The Snuts” are newer to the music scene with neither releasing music before 2018, the bands showcased talent beyond their years.

Led by guitarist and lead vocalist Sol Abrahams, Bilk is a rock band with unforgettably tongue-in-cheek song titles. After their opening song, they announced a recent release, “I Got Knocked out the Same Night England Did,” which garnered widespread support from the audience. Comprised of only three members, the band’s intense, drum-powered music incentivized crowd movement, an impressive feat for a band with little notoriety.

The consistent formula of their songs – fast lyrics backed by a simple guitar rift – has marked their signature sound. However, when each song follows the same method of construction, it runs the risk of becoming repetitive. While the innate aspect of their classic rock and roll style may have excited the audience, Bilk’s music lacks range. Listening to their music left me waiting for a pause. I ultimately yearned for slower, more poignant songs, even if it may push them out of their comfort zone.

Scottish indie-rock band The Snuts, is fairly new to the music scene. Yet, they make up for this lack of experience with masterful lyrics and fantastic vocals. Lead singer Jack Cochrane demonstrated surprising ease in front of the crowd, his smooth recording voice replicated in live performance.

Between the sentimental song, “Glasgow” and the more up-tempo song, “All Your Friends,” the band showcased their ability to get crowd flashlights waving in the air one moment and jumping to the beat of the music the next. With a debut album powerful enough to form such a versatile yet touching setlist, the band is worth keeping an eye out for at future festivals as well as recorded releases.

After months of anticipation and hours of waiting, the curtain finally dropped – adorned with a classic Louis Tomlinson smiley face – on the star’s debut festival. Opening song “We Made It” was dedicated to Tomlinson fans and alluded to the gradual ending of the pandemic, rendering it more than suitable after a year of canceled tours and concerts.

The strong appearance of the backing band through guitar and drum solos steered the album in an indie-rock direction without overpowering Tomlinson’s warm and raspy vocals. Tomlinson also debuted “Change,” a new indie-rock-inspired ballad solidifying the star’s determination to shift away from the mainstream pop in which he made his name. His unique sound compliments his voice far better and divulges his remarkable talent previously hidden behind mainstream beats and repetitive choruses.

Although the pandemic forced the cancellation of several tours, it inspired numerous up-and-coming artists to create new projects. Naturally, the aforementioned performers have returned to touring and are eager to showcase their newest work as the world gradually reopens. The festival, which plans to return annually, sent me straight to Spotify, where all artists can be found. Tomlinson and The Snuts are ideal for those feeling nostalgic; the romantic lyrics and hopeful messages perfectly capture careful optimism. Yet, if you’re craving something more cathartic, Bilk’s messier technique is the perfect fit.