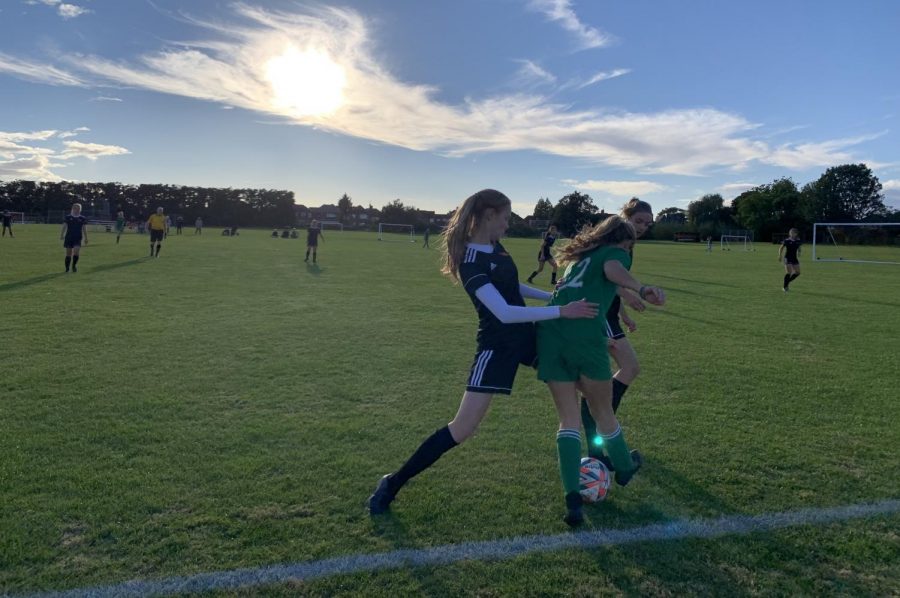 Sofia Siderman ('22) goes in for a tackle during the girls varsity match against Cobham.

The girls varsity soccer team won 3-0 against ACS Cobham Sept. 29 at Canons Park. Though the first half ended goalless, the team scored three goals in the second half, with two from Sabina Rajalingam (’25) and one from Campbell Lazar (’23).

Sofia Siderman (’22) said she was taken aback at first by a stronger Cobham team after playing an intense first half.

“The team we played at Fall Fest was much slower, but this team was very physical and more athletic,” she said. “They matched us in every sense.”

However, Siderman said after the first half, she knew the girls varsity soccer team would adapt to the challenges posed by Cobham to win by the full-time whistle.

“During the second half, there was a shift where we started taking more accurate shots, and we also began playing more aggressively,” she said.

Ultimately, Siderman said she is looking forward to the rest of the season and believes the team’s strongest asset is teamwork and communication.