Foreign Affairs: Opening my eyes to the workings of the international system 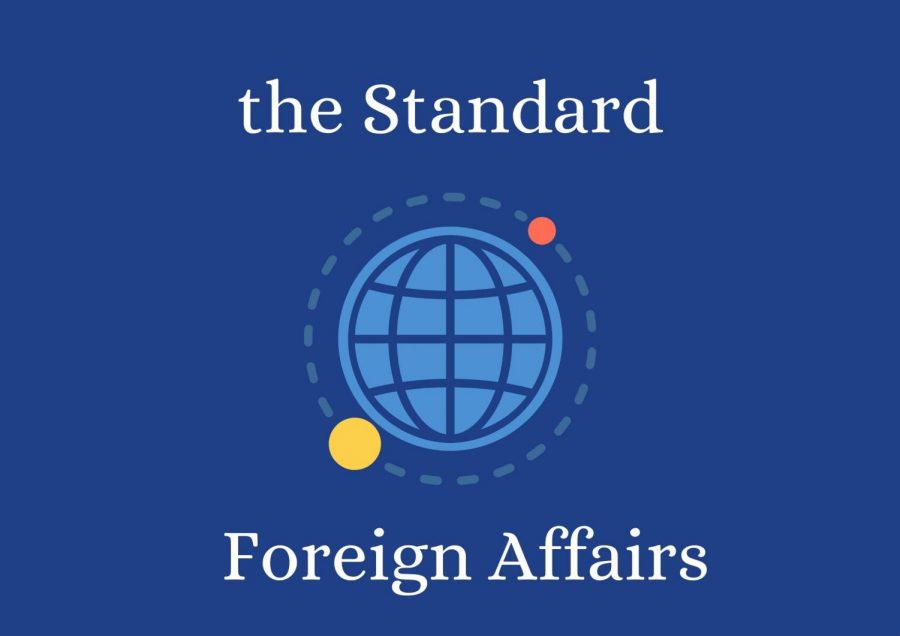 Russia launched a full-scale invasion of Ukraine Feb. 24. As Ukraine fights back and NATO countries impose sanctions, uncertainty surrounding the impact the conflict will pose on the global order and non-NATO countries has arisen.

Hello! Welcome back to my Foreign Affairs column. To resume my writing, I felt inclined to debrief what I learned over my week-long course on international relations with Georgetown University. I hope to relay my newly acquired knowledge on some of the most significant aspects of the international system to you all. I will debrief the structure of the system, the instruments of foreign policy, the challenges of the system and what the future of the system has in store.

Breaking down the international system

First, the actors of the international system.

State: A state is one of the primary actors of the international system. According to Arend, the characteristics of a state are a defined territory, population and government. He associated states with sovereignty and the notion of autonomous and independent rule.

States are to be juridically equal under the law and are subject to no higher law without the state’s consent. Yet, as professor Arend started to reference the certain geographic, economic and military inequalities that remain present between states, I realized this optimistic generalization of the system does not manifest in today’s climate.

Then, Arend introduced to us the different models of the international system.

There is a unitary system, when the world is in a state with a central or national government.

Then, there is a unipolar system where one state rules and controls the entire system.

The third system is a bipolar system when two powerful states exercise the power of the rest of the world. Many describe the cold war period as a bipolar system. Finally, there is a diffuse-bloc system and a diffuse-state system. Both of these systems are intertwined and define a world in which powerful nations play an integral role at the forefront of the international system.

Arend then asked us which model he thought most accurately describes our world today. I remember feeling lost to what initially seemed like such a simple question. I decided to attack it with the trusty process of elimination. I immediately felt like crossing out options unitary, unipolar and bipolar, although the possibility of the world becoming a bipolar system with the U.S. and China doesn’t seem so distant to me anymore. I was left to deal with diffuse-bloc and diffuse-state, two that, to this day, still perplex me. After considering the vast spectrum of power between states today, I believe that we live in a Diffuse-Bloc model. There are powers (like the U.S. and China) that heavily control or make up the global economy, yet aren’t aligned in a permanent structure or formal alliance.

After looking over my notes, I noticed that the end of Arend’s lecture transitioned us into our next focus on the instruments of foreign policy through a strategically planned out domino effect.

We were asked what we thought the goals of a state are and how an actor can realize its goals. Instead of allowing us time to answer this question, Arend firmly believed in one answer to this question and one answer only: a state needs power to realize its goals. In order for an actor to gain power it must have legitimacy, respect, alliances and resources. An actor must mobilize its resources and exercise its power. To do so, states must use the instruments of foreign policy.

There are three main instruments of foreign policy: diplomatic, economic and military.

In regards to diplomacy, one of the statements that stood out to me the most was the idea that diplomacy is an art, not a science. Diplomacy grows over time; it is a craft and a function of wisdom. Diplomacy includes but is not limited to overseas representation, protection of citizens, negotiation, reporting and more.

Then, we were introduced to the idea of economic statecraft. Arend defined this process as the ability of states to put their fingers on the scale of the world economy to try and affect the outcome. There are five principal economic state crafts.

The first is finance – a country’s financial motive to engrave a more powerful role in the international market. For example, the U.S. having a reserve currency (the U.S. dollar) allows the country to have a more integral role in international finance. The second principle is trade, whether that means installing a free trade system or one that embodies protectionism. The third is assistance and sending resources to other countries. The fourth principle is energy use as a strategy tactic. For example, when certain countries use oil and energy as leverage for political motives. The final principal of economic statecraft is economic coercion. For instance, imposing sanctions and disrupting certain economic flows through different mechanisms. Some of these mechanisms include law enforcement and access to digital legislations.

Finally, the support of the military as an instrument of foreign policy plays an integral role in the system. This includes coercive intervention and deterrence, different military alliances, and military aid.

Challenges in the international system

We studied challenges such as nuclear weapons, the global economy, global health, state building and more. However, the environment stood out to me as a challenge to the international system. I had never been exposed to the underlying causes of global environmental problems on such a clear and distinct level. Nothing felt political or subjective, there was a level of logicality and clarity that made understanding the problem much easier.

We can trace the challenge of the global economy to the following underlying causes:

Scarcity – The neverending problem of limited resources.
Tragedy of the Commons – Individuals’ shared access to a resource is depleted with their overriding self-interest.
Mismatched physical and political boundaries – Political boundaries rarely track natural boundaries.
Market Failure – Price of goods and services do not reflect their true cost to society, including environmental costs.
Scientific uncertainty – Policy Makers end up making imperfect decisions because the unidentifiable truth lies in a range of possible values.
Cognitive Biases – The systematic error in thinking that an individual is not part of the problem or does not contribute to it.

These causes initially seemed inevitable to me and as though they were already fixed in our system. However, I realized that there are, in fact, policy tools for managing these problems that must not go unrecognized.

Finally, we ended the course by analyzing what the future of the international system has in store. The international system is in crisis and its future depends on multilateralism. In its essence, Multilateralism is an outlook that strives to seek rebalance and establish stability through interstate cooperation and cooperation with non-state actors. To understand the nature of the crisis, we observed a few factors and dimensions that contribute to the problem.

The first dimension of the crisis is the mere fact that the crisis is political. For example, the form of populism and its rise in Hungary and the populist regimes in the Philippines and Brazil. Furthermore, the problem of state fragility leading to civil war, state collapse and state failure, evidenced recently by the Syrian Civil War and Lebanon also contributes to the crisis being a political one. The noticeable return of geopolitics, such as Russia’s involvement in Ukraine demonstrates this similar idea.

The second dimension is that the crisis is institutional. Global institutions such as the U.N. council have been deadlocked on many issues regarding security. On a regional level, the EU is under enormous strain after suffering the tremors of a post-Brexit environment.

The third dimension is that the crisis is quite simply a moral one. Various powerful states have violated and undermined the accepted norms and fundamental principles making up the system for years now.

Finally, it is a leadership crisis. There is a lack of global perspective and self-interest that undeniably drives the failure of political leadership and diplomatic relations making up the system today.

Why is multilateralism needed?

All of the fundamental transnational and global challenges we face today require multilateral solutions. For example, when considering the cases of the pandemic and climate change, both these issues affect the global climate as a whole. No state, however powerful, can single-handedly solve these issues. Vaccination, for example, is a form of global protection. The same idea applies to challenges such as migration and terrorism. One state cannot possibly deal with these issues single handedly.