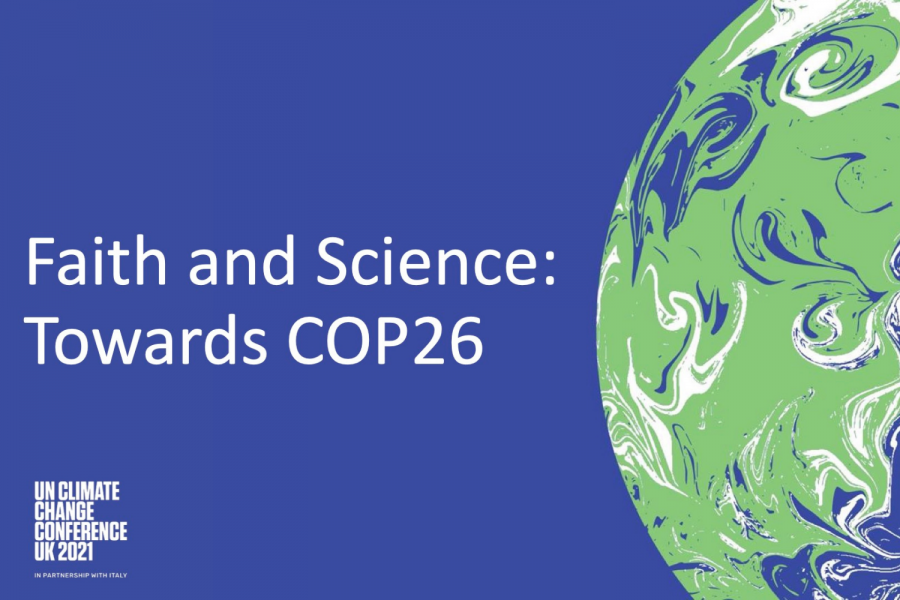 Photo used with permission from UK in Holy See/Flickr

The UN Climate Change Conference, often referred to as COP26, is an annual environmental conference that discusses how to best combat the climate crisis. This year, it was held from Oct. 31 until Nov. 12.

COP26, the annual UN Climate Change Conference, was a summit at which global leaders represented their countries and discussed how to most effectively combat climate change. The event took place in Glasgow, Scotland from Oct. 31 until Nov. 12.

Reducing carbon emissions, preventing deforestation and prioritizing green technology were the three most prevalent topics of discussion at the conference.

The largest commitment to come out of the conference is arguably the worldwide pledge to reduce carbon emissions. By the end of 2022, 200 countries are to submit their intensive plan of action in hopes of reaching net-zero emissions by 2050.

One unilateral pledge has already been made to reduce methane emissions by 30% within the next ten years, to which 100 countries have signed.

While an official document regarding the use of coal and fossil fuels has also been created to restrict countries from releasing excess carbon deposits, specifics – goals and dates – are yet to be decided.

Carbon and methane emissions are both detrimental to the environment because they amplify air pollution and raise the Earth’s surface temperature to unsustainable levels, thus, attaining a net-zero goal is crucial.

Responsible for around 85% of forests globally, over 100 countries have pledged to stop all deforestation by 2030. The details include reversing land degradation, yet the strategies remain unknown to the public.

As trees absorb immense quantities of carbon dioxide, mitigating deforestation is essential for overcoming the effects of climate change.

Not only that, but preserving forests will reduce soil erosion – the process where land becomes displaced and infertile, which limits biodiversity in the area – often because of human activity. By supporting the upper layer of soil with their tree roots, forests can prevent soil erosion.

The technology industry has some of the greatest potential for sustainable impact. Designing technology requires mass resources and often outputs heavy pollution. Alternatively, innovative redesigns could conserve resources and minimize the effects of various human activities such as driving cars and using electricity.

Moving forward, about 450 financial organizations have agreed to provide monetary support for developing green technology as a result of COP26. These companies will focus on reducing the use of fossil fuels in the tech industry, and instead, look toward renewable energy sources.

By 2040, numerous car brands – including Volvo, Ford, Mercedes-Benz and General Motors – have agreed to eliminate all fossil fuel-operating vehicles.

Perhaps most exciting of all, COP26 has orchestrated a plan to increase the global climate budget to exceed $100 billion per year. The logic behind this commitment is to help more impoverished nations combat climate change.

While many of the most successful economies are finding solutions to slow down the climate crisis, these countries are often the areas least affected by climate change. Poorer countries suffering from frequent natural disasters, contamination and pollution are usually unable to properly recover due to a lack of funding.

The disproportionate effects of climate change leave the most vulnerable exposed to the greatest risk. Therefore, a worldwide budget increase is critical for environmental success.

Although the commitments made during COP26 are predominantly not obligations nor legally-binding contracts, the growing demand for conferences like this one encourages everyone to stay environmentally engaged.