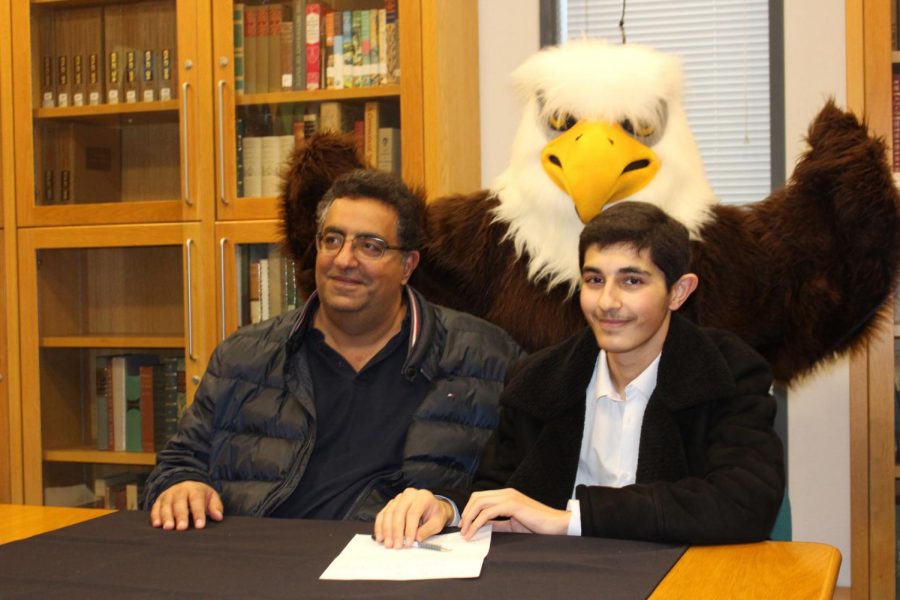 Ethan Zazo (’22) celebrates his commitment to fence at Drew University Nov. 11 in the Mellon Library Conference Room. Zazo discussed his recruiting journey including his progression in fencing over the years.

Zazo said his journey to committing was a long one. Only by Grade 9 did Zazo really dedicate himself to the goal of fencing in college.

“During my freshman year, I spoke with University Advisor Ms. Richardson, who told me more about getting recruited to the U.S. for sports,” he said. “Since then, that has really been my main goal.”

Zazo began training five times a week and was selected to the England squad, which placed him as one of the top 20 fencers in the country. After further practice, he progressed to the Great Britain squad, enabling him to show up on the radar of college coaches.

“I did any and all tournaments possible and traveled all over the country every weekend,” he said. “This is what ultimately got me into the Great Britain team.”

Throughout his progression as a fencer, Zazo began reaching out to university coaches all over the U.S. during Grade 11.

“As an international athlete, it is a lot harder to get recruited, so, over 11th grade, I had to make sure I was on the coach’s radar,” he said. “I have probably done more than 100 Zooms with over eight universities.”

Though recruitment was a tedious process, Zazo said the effort was worth it because he found the perfect university for him.

“It was a long and hard journey, but I am really happy with the result,” he said. “Drew is the best fit for me from the fencing program to the academics.”