‘Everything I Never Told You’ navigates complex family dynamics through tragedy 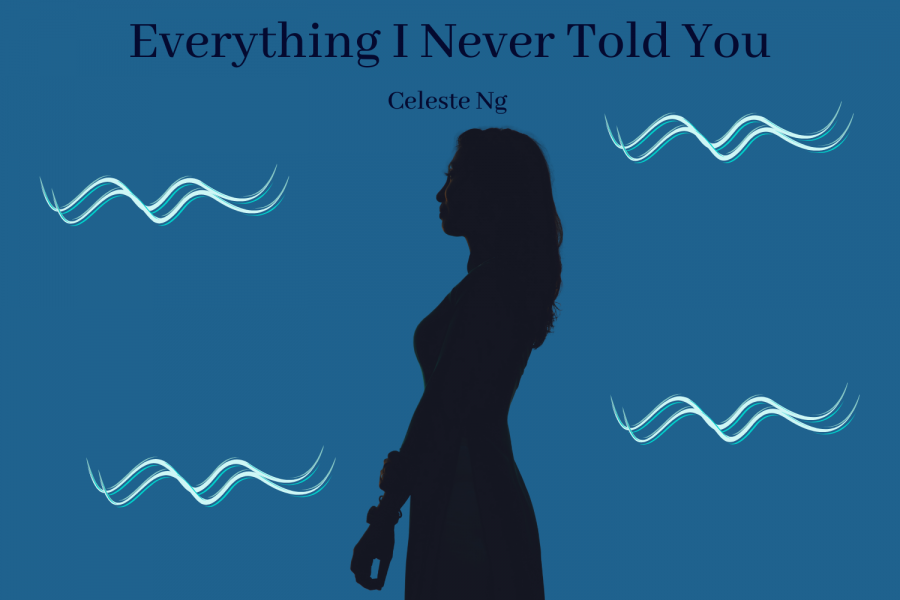 “Everything I Never Told You” details the unexpected death of young Chinese American Lydia Lee in 1970s Ohio. Through tragedy, chaos ensues within the Lee family, forcing them to grapple with the fragile foundations of family, race and belonging.

“Lydia is dead. But they don’t know this yet.” This blunt, gripping two-sentence passage marks the start of Celeste Ng’s 2014 debut novel “Everything I Never Told You.”

I came across “Everything I Never Told You” in a rental house during October break, 1,043 miles from the corner seat of the sofa I normally read on.

Scanning the bookshelves of the master bedroom, the contrast of yellow and blue on the cover and spine of Ng’s novel stood out to me. On the inside cover, “Louise” was written in elegant writing; a prior guest must have left it behind, their own little footprint on my life.

The story is anchored by the disappearance and death of 16-year-old Lydia Lee, a Chinese American girl living in Ohio in the 1970s. Her parents are Chinese-immigrant born James Lee and Marilyn Lee, born and raised in Virginia to white Americans. The Lees have three kids: Lydia, the middle and favorite child, Nath, the oldest and Lydia’s closest friend, and Hannah, the youngest and seemingly invisible to the family.

One May morning, Lydia is first late to 6:30 a.m. breakfast, then she does not show up at all – something is wrong. Lydia’s body is later discovered at the bottom of the innocuous river in front of the Lee family house.

As the cornerstone of the family, Lydia’s death tears the fragile family structure apart. It forces James, Marilyn and Nath to each come to terms with the fact that Lydia was not the girl they envisioned – the one with a thriving social life, strong academic drive or secret boyfriend. In reality, Lydia dealt with many struggles unseen by her family until after her death. Hannah, on the other hand, with her observant nature, noticed signs of Lydia’s struggle but did not say anything as she was used to not being heard in the family.

This story weaves in and out of two timelines. One starts from the morning Lydia goes missing, delving into the effects of Lydia’s absence and death on her grieving family. The other begins with the childhoods of James and Marilyn, continues to when they ignited their college romance, married and raised their family before eventually merging with the present-day timeline.

Contrary to my expectation when opening the first pages of the book, “Everything I Never Told You” is not a traditional mystery in which characters work to find clues about Lydia’s death and eventually piece together what happened. Rather, it is a story about a broken family mourning, falling apart and coming back together again. The story also traverses the complex background and dynamics of the characters that splintered this family in the first place.

Initially, the novel seemed a bit slow, taking a long time to reveal any clue behind Lydia’s disappearance. Looking back, however, this choice appears intentional. This slow boil builds within the reader deep investment in each of the characters; they all have realistic motivations and desires that clash with each other. In addition, the lengths it takes for the reader to determine the truth coincides with the Lee family’s long struggle to accept and overcome Lydia’s death and the circumstances that led to it.

On the technical side of Ng’s writing, there are so many beautiful, thought-provoking passages in “Everything I Never Told You.” To savor this, halfway through reading the book, I started dog-earing pages with passages that resonated with me. By the end, I had dog-eared 27 pages.

One such passage was a description from Lydia recalling a pattern of subtle racist microagressions directed at her. A lack of belonging due to race has been a significant insecurity for James since childhood and, now, affects his children as well. All the characters are faced with the looming shadow of being different. Feeling ostracized is what drew Marilyn and James together in college but also what pulls them and their family apart in the present age.

Ng’s novel highlights the importance of transparency within a family. In the Lees’ story, there are many built-up tensions, motivations and secrets, but they hold back from talking about these problems with each other, furthering any misunderstanding.

The title in itself refers to the family realizing niches in Lydia’s life that she kept to herself given the culture of the family. While Lydia’s death was a tragedy, it forced the family to reckon with their long withstanding brokenness, uniting stronger than before. Lydia’s death both shattered and saved the Lee family.

I am so thankful that the previous guest – whom I can only assume is named Louise – left the book behind in my accomodation. “Everything I Never Told You” serves as an indulgent escape with its craftful writing while simultaneously highlighting the destabilizing effects racism and societal ostracization can have within a family.