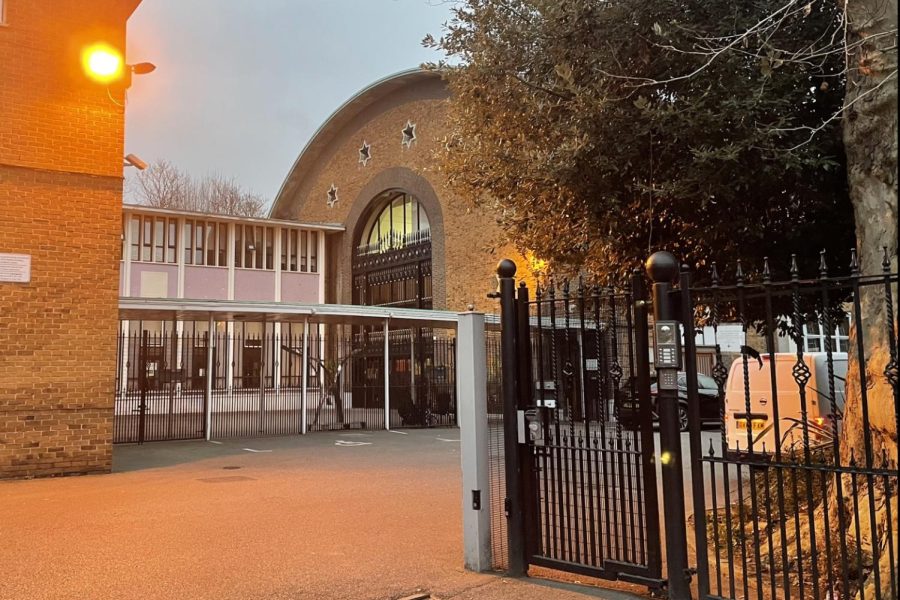 St John's Wood United Synagogue is located right next to the school on Grove End Road. Four people were held hostage by Malik Faisal Akram in a Texas synagogue Jan. 15, serving as a reminder for the continued prevalence of antisemitism.

Math Teacher Jennifer Wexler, who is one of the faculty sponsors for the Jewish Affinity Group, said she is frustrated that instances of antisemitism like this are continuous and have yet to be resolved.

“Whenever I see a story like that, I’m so saddened by the fact that we, as a society, still haven’t managed to make that not happen,” she said.

AP News reports the first hostage was released several hours into the ordeal, soon after 5 p.m. The remaining three hostages finally escaped at around 9 p.m., after Cytron-Walker threw a chair at the captor and rushed with the other two hostages to the exit.

Wexler said she was most stunned by Cytron-Walker’s explanation of the escape.

“Where I felt emotional was when I was watching the interview with the Rabbi afterwards about how they escaped and how they worked together to defeat him,” she said.

According to AP News, during the hostage situation, Akram demanded the release of Aafia Siddiqui, a Pakistani neuroscientist serving an 86-year sentence in Texas on the conviction of attempting to kill U.S. military officers in Afghanistan.

Similarly to Wexler, Gideon Putnam (‘24) said he was horrified after learning about what had happened. He said this act of antisemitism is a “sad reflection of humanity.”

“It’s discouraging that this man thought that the only way to get his point across was to do this,” he said.

Putnam said it is disappointing that Akram took out his opposition to Siddiqui’s imprisonment on the Jewish community.

“He consciously chose the highest local concentration of Jews when his grievances, to me at least, seemed to be mostly with the U.S. government,” Putnam said.

Although she is distraught by the situation, Wexler said she is not too surprised as she said she has grown accustomed to the Jewish community being targeted.

“It’s just like one more example that this isn’t over,” she said. “By this, I mean antisemitism and anti-Jewish action. But I don’t think anyone thought it was over anyway.”

“I was shocked, but unfortunately, it doesn’t surprise me because I feel like antisemitism is obviously on the rise and has been for a while.”

Wexler said Akram’s attack and other instances of antisemitism cause unrest among the Jewish community.

“I talk with my family about this because my mom reads a lot of the news stories about antisemitic things that happen in London,” she said. “It makes Jewish people both in the U.S. and here in the U.K. – I think there have been enough incidents that people feel the same way here – wary of being themselves and being in spaces where they might come under attack.”

Singer said rising antisemitism has made the Jewish community feel unsafe at synagogues, a location that is intended to have the opposite effect.

“Synagogues are a place where you’re supposed to go to worship, to pray, just to be safe,” she said. “And now it’s a place where a lot of Jews can’t go without feeling unsafe, unsure, like ‘Where’s the nearest exit?’ ‘Where can I go?’, and that’s kind of heartbreaking.”

According to The Guardian, Akram was able to get a visa for the U.S. and acquire a weapon, despite his criminal history. Thus, Putnam said the U.S. immigration service and gun control laws are at fault for allowing Akram to stage the attack.

In addition, Singer said there must be stricter gun laws in the U.S. in order to prevent certain situations from escalating too far.

“There need to be more laws on gun restrictions,” she said. “But I think that’s been a conversation for a while, and there really hasn’t been any progress on it.”

Singer said is is disheartening that antisemitism does not recieve sufficent attention around the world.

“It is also a topic that doesn’t get spoken about a lot,” she said. “Even recently, when I’ve been on Instagram, and people are reporting it, I’ve heard people be like, ‘Oh, it was just an attack, it has nothing to do with the fact that you are Jewish.’”

Singer said some people hold back from talking about antisemitism because they associate it with controversy surrounding Israel.