Community reacts to Djokovic’s deportation from Australia after vaccine controversy 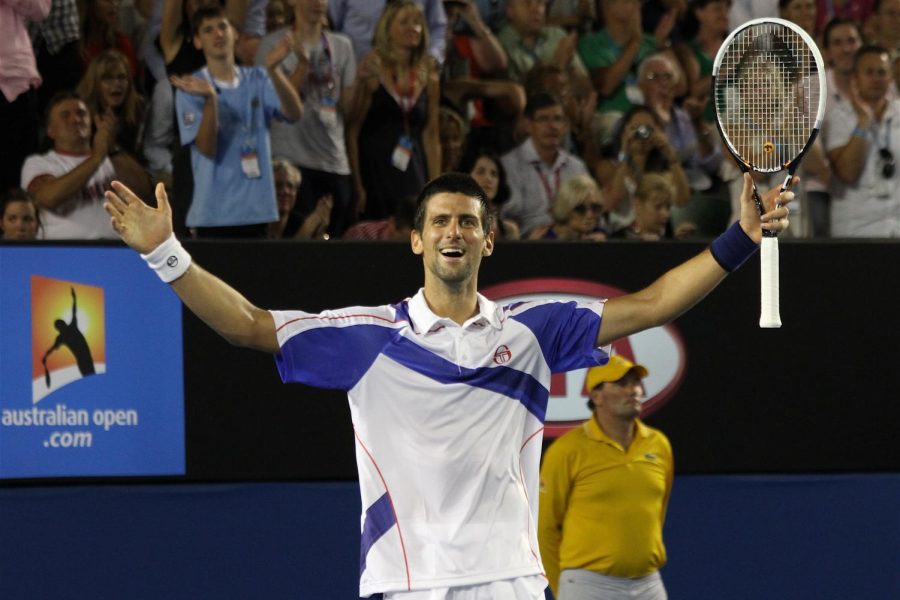 Photo used with permission from Globalite

Community members react to Djokovic’s legal battle against Australian courts. The 20-time Grand Slam winner was deported from Australia Jan. 16, which prevented him from playing in the Australian Open.

Australia has some of the strictest rules regarding pandemic travel. According to BBC, to enter Australia as a visitor, you must be double vaccinated or quarantine for 14 days upon arrival. Djokovic did neither as he found a way to get a medical exemption via two independent health panels to participate in the Australian Open.

After landing in Melbourne, Djokovic’s entry was denied by border officials, per BBC. His visa was revoked immediately, and he was sent to an immigration detention hotel, where he stayed for five days.

Rudi Stern (’22) said he is happy that Australia made the instant ruling against Djokovic.

“I am proud that Australia stuck to their morals,” he said. “These are the COVID restrictions they believe in and the restrictions their people are living under, and Djokovic should be treated no differently.”

Five days later, Jan. 10, the Australian court heard from Djokovic and the Australian government. Ultimately, Judge Anthony Kelly ruled in favor of Djokovic, rectifying his visa cancellation, stating that he wasn’t given a “fair opportunity” to “respond adequately” to the situation at hand, per BBC. Djokovic walked free, and the government was forced to pay all legal costs.

“The government was put under a lot of pressure, of course, to make that decision, especially due to being under the international spotlight,” he said.

Moreover, the court documents revealed that Djokovic lied to the Australian authorities, telling them he had not traveled anywhere else 14 days prior to landing, when in fact, he had traveled to Serbia during that time.

Stern said Djokovic violated the rules on multiple fronts, which made him deserving of the backlash he faced.

“He just tried to find a way around the rules, and he did so by lying and having complete disregard for others,” he said. “It is clear through his actions that he has no true morals.”

After this news came to light, Djokovic posted a statement to social media clearing the air. He admitted to meeting the French journalist while knowingly having COVID-19. Additionally, he blamed his agent for the lies regarding his travel to Serbia, stating that his agent made “mistakes” on the form.

Tara Khurana (’22) said that as a Djokovic fan, she was disappointed by his actions.

“I have actually seen Djokovic live, and it was super entertaining and inspiring,” she said. “However, after seeing what he has done, I have actually lost a lot of respect for him.”

Due to the news surfacing that Djokovic violated COVID protocols, Australia’s Immigration Minister Alex Hawke announced on Jan. 14 that Djokovic’s visa was canceled again due to public interest and for the health and good order of the Australian people. Ultimately, Djokovic was deported and unable to defend his Australian Open title.

Stern said he agrees with the Australian people’s frustrations against Djokovic.

“The people of Australia have the right to demand that their visitors are either vaccinated or quarantined for the allocated time period,” he said. “They have been one of the most quarantined populations for the past two and a half years, so they deserve to have their complaints heard.”