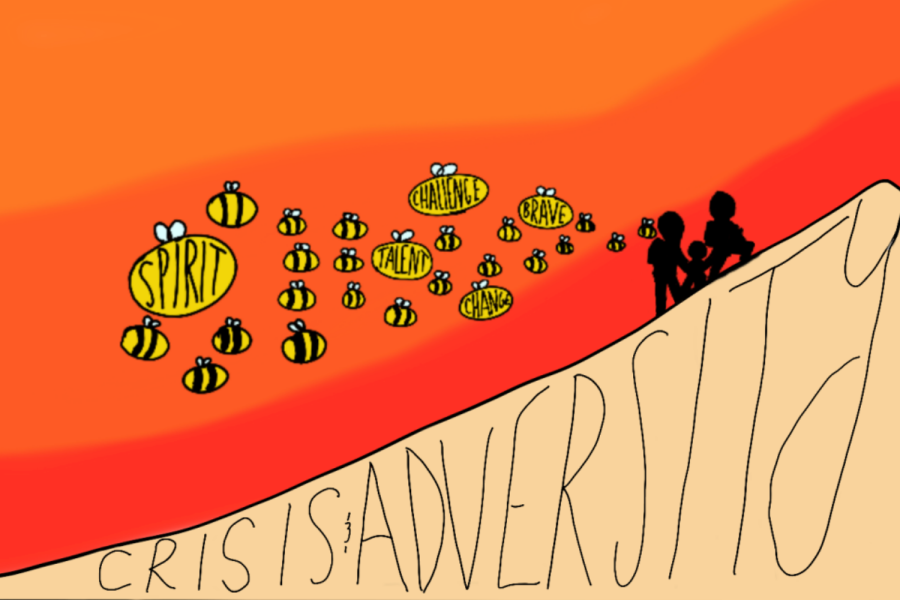 “The Beekeeper of Aleppo” by Christy Lefteri chronicles the heartbreaking story of a Syrian family fleeing their home in search of refuge. Unearthing what truly constitutes privilege, the novel challenges perspective until one’s sense of self swivels.

‘The Beekeeper of Aleppo’ by Christy Lefteri transcends social boundaries

“The Beekeeper of Aleppo” is analogous to a labyrinth. As soon as one lays eyes on the first page, they are thrust into the maze. The plot warps perception until one’s sense of self is entirely flipped on its head. Each sentence forces the reader to step outside themselves and transcend every confine into an entirely novel identity. After setting this book down, I was forced to grapple with much of what I thought I knew.

Beyond the letters across each page, the novel is an emboldening story bringing to life the ongoing refugee crisis across the globe. The contemporary world has been ridden with conflict spurring the mass migration of millions of refugees. “The Beekeeper of Aleppo” chronicles one story of the countless left untold.

Through the heartbreaking journey from home to an unwelcoming foreign land, Lefteri’s novel unearths human rights violations across the globe and incentivizes introspection. Into the deceptive simplicity beyond the cover, you forget you are reading.

Nuri, a beekeeper, lives with his wife, Afra, in the Syrian city of Aleppo. Leading a life of unmistakable modesty, they immerse themselves with life’s beauties surrounded by friends and family. And then, seemingly overnight, their beautiful world is toppled by chaos. The Syrian civil war ignites instability and violence, leaving the couple with one choice: flee Aleppo and traverse a severed world.

“
The chasms of his soul wrap the reader in their embrace.”

The words leap off the pages, pulling the reader into a world in which they embark on the journey themselves, waves of every single pain and heartbreak drowning the reader in their heaviness.

One steps into Aleppo, the rubble at every street corner perceptible amid the murky haze shrouding the city. The screams of parents desperately clinging to their children and the sobs of those left behind permeate one’s ears. The mere devastation staining the city with its scent is palpable. One is then whisked across boundaries, over oceans and through countries, entering refugee camps too crowded to even catch a glimpse of one’s reflection.

It is nearly impossible to avoid falling in love with Nuri. His grit, bravery, undying love and compassion is beyond admirable. Every day, he is forced to confront unspeakable loss. Perhaps his greatest mountain is journeying to find his wife again. Physically, she is right there with him. In reality, he lost her the moment they left Aleppo. Confronting dangers even the most courageous would cripple in fear of, he never once falters. The chasms of his soul wrap the reader in their embrace.

Few novels hold the power to completely devastate you. But, through the poignant story of Nuri, “The Beekeeper of Aleppo” emphasizes how broken our world is and the disparity in the distribution of prosperity. Every line reinforces the notion that talent is equally distributed, opportunity is not. I set this book down multiple times just to pause and contemplate the life I’m living, pondering what truly constitutes privilege.

Every line reinforces the notion that talent is equally distributed, opportunity is not.”

Simply put, the novel unearths the human spirit in the darkest shadows of the world we desperately attempt to bypass. It probes innumerable questions: What does it truly mean to be human? What is human life when all hope is seemingly lost? What does “home” mean?

At its core, the novel screams for reform. We can’t distance ourselves from the refugee crisis. Instead, we must catalyze change through head-on confrontation. The refugee crisis should never be a back-page issue. Yet, a dichotomy remains very much prevalent in which military conflict consistently makes the front page. Subsequently, the more urgent and disastrous – albeit long-term, ongoing issues – are shoved toward the back. It is in our human nature to be drawn to the “new” and “different” while turning a blind eye to the larger refugee crisis at hand.

In essence, “The Beekeeper of Aleppo” is a beautiful mixing pot of myriad topics unearthing the world we often overlook, all conjoining to form a compassionate, eye-opening tale. Lefteri’s prose is beautiful, embodying admirable clarity that attests to the prevailing of the human spirit. Above all, this novel epitomizes the power of storytelling. We must pick up our heads and simply listen.