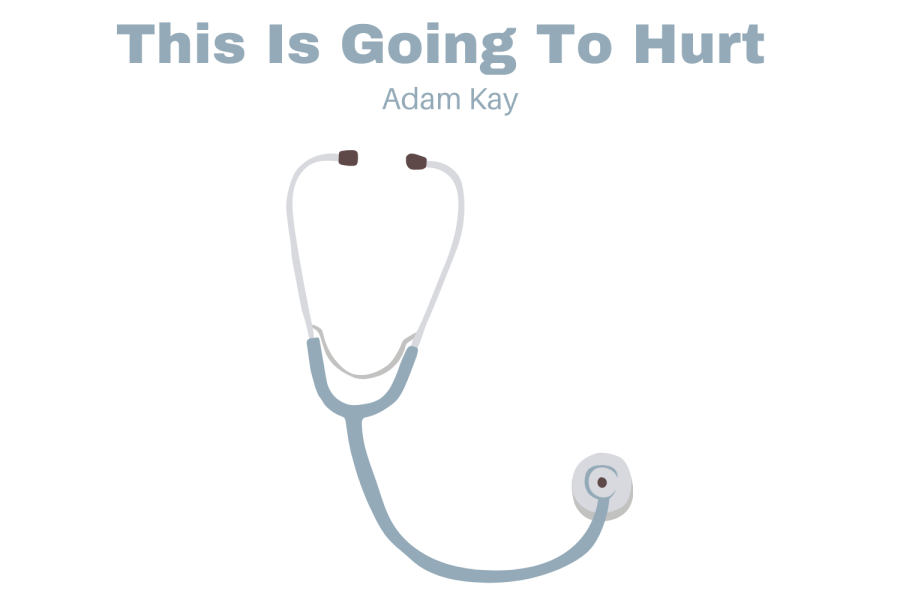 Amid excruciatingly long work weeks and life and death decisions, “This Is Going To Hurt” by Adam Kay reveals the ins and outs of the healthcare industry. Balancing humor with heartbreak, this novel embodies the human spirit and its role in one of the most challenging careers.

To be completely candid, I only read “This is going to hurt” by Adam Kay for science class.

As part of the Science 10 curriculum, our assignment was to pick a science-related book from a long list of options provided and summarize it afterward.

Kay seemed to treat his profession as a doctor as a doomsday prophecy in a coming-of-age movie, with resigned reluctance to complete his tasks. Even if this book was absolutely surface level, I would still recommend it for the hilarious incidents Kay faces working in different clinics as well as dealing with annoying customers and seemingly impossible accidents.

Looking past the humor, it is apparent that the harrowing accounts of his life contain casual encounters with life and death. Kay himself was an OB-GYN, which means he delivers babies and witnesses life and death regularly. Alongside the well-known saying “with great power comes great responsibility,” Kay is the poster child for his moral compass.

I chose this particular book mostly because Kay is a comedian, and I thought that even if the topic was bland, at least it would be funny. Kay’s entries definitely had me laughing through its witty dry humor, and his narration was never boring. However, after re-reading the book recently, I discovered a more profound level to his writing.

The harrowing accounts of his life contain casual encounters with life and death.”

Kay, who is underpaid greatly and takes on extra shifts constantly, cares about every one of his patients. It is tales like this that make me disappointed that the NHS were not celebrated until they were risking their lives amid COVID-19, when in reality, many workers sacrifice their lives every day simply to help others.

Kay saves lives, both in and out of the hospital. However, his profession takes an enormous toll on his outside romantic relationships, friendships and family commitments. There were several times I wanted to yell at Kay to stop disappointing those closest to him before realizing that he chose to prioritize people that truly needed him over those who only wanted him.

When analyzing the style the book is written in, I couldn’t help but love the way the book passes through months and years without stopping for a breath. The autobiography is written in diary format, with Kay’s narration critiquing plenty: the outdated hospital methods, the drama between nurses and doctors and, above all, the fight to keep everyone that you can alive, in and out of the hospital doors.

He chose to prioritize people that truly needed him over those who only wanted him.”

It is also fascinating to look at both what Kay chooses to include and what he leaves out. Some of his stories are purely surface-level – the offhand retelling of something humorous. However, many of the smaller daily entries pull together throughout the book, enough that I was invested in the unique bond he had with some of his patients.

Unfortunately, he was doomed from the start. In the primary pages, he reveals that he is no longer an NHS doctor, prompting readers to ponder, why not? I had resigned myself to the ending, but still wonder if Kay lost part of who he was when he switched professions. Kay’s story has likely made me rule out wanting to be a doctor, but it also perfectly encapsulates the sacrifices people make for others, helping readers come to understand the extremity of decisions and a glimpse into life and death.