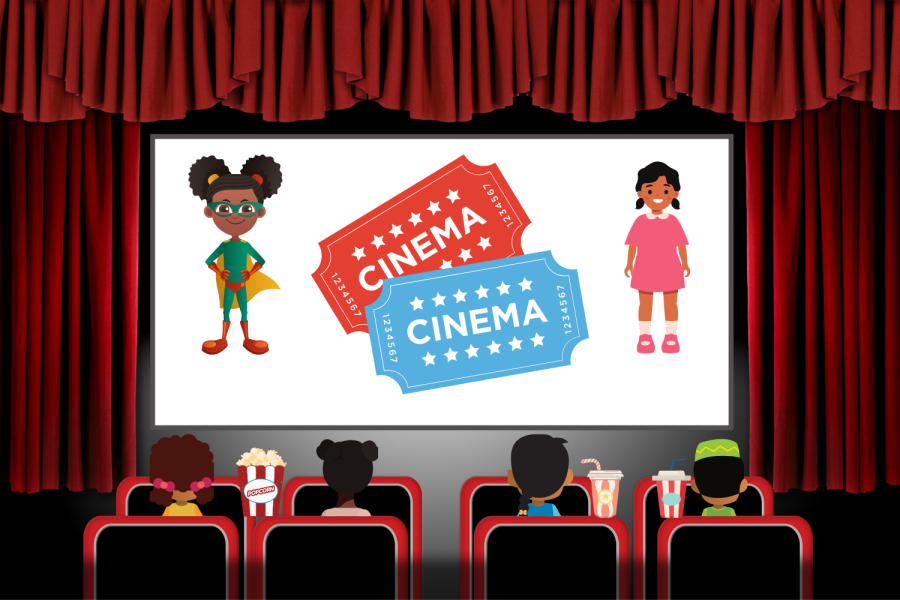 Diversity in children’s movies has gained traction in light of a collective call for global reform. However, it is vital to realize that depictions of characters can influence how children perceive society, thus emphasizing importance for diverse representations of movie characters.

Children’s movies follow a typical formula: catchy songs, key moral takeaways and a predominantly white cast. In the last few years, representation has begun to improve with increased diversity, but there is still significant room for growth.

Last year, one of the most successful children’s movies was Disney’s “Encanto.” The film had the highest minutes streamed of all animated children’s films on Disney+ at 2 billion minutes, per an article from Business Insider. It soon made headlines because of its character diversity.

“Encanto” is particularly unique because it embraces inclusion. The characters have a wide range of skin colors and hair textures. At the heart of the film, Mirabel’s younger brother, Antonio Madrigal, has dark hair and dark skin, representing the true diversity of Colombia, the country in which the film is set.

While Disney has attempted to incorporate characters from a range of cultures and ethnicities, “Encanto” is the first film that embraces it wholeheartedly. Subsequently, it has resonated with audiences around the world, especially the Latino community.

Furthermore, it is the first Disney film to have a main character who wears glasses. This representation has struck a chord with children around the world. For example, two-year-old Manu Araújo Marques from Brazil points to the protagonist, Mirabel, and says, “It’s me, Mommy!” in Portuguese, per an article from Buzzfeed.

This is merely one example of how children can be positively impacted by watching someone who resembles themselves depicted on the big screen. According to an article from Buzzfeed, Manu’s mother said that she was afraid wearing glasses would lead to bullying at school. However, after watching the movie, Manu realized that princesses wear glasses too, boosting her confidence in her own appearance.

Even so, not all children’s movies have depicted positive representations of characters.

In fact, the movie “Pan,” released in 2015, came under fire for not casting performers suitably for the intended roles. The creator of the Peter Pan franchise, James Matthew Barrie, had planned for the character of Tiger Lily to be of Native American descent, per an article from The Guardian. Instead, a white actress was cast for the role – a decision that received immediate backlash. A petition with nearly 96,000 signatures has accused Warner Bros. of whitewashing a role intended for a person of color.

As society evolves and the world joins a global conversation around issues of race, there is a growing pressure on film studios to make movies that truly represent the non-homogeneous world we live in.

Disney has since realized where it went wrong. In 2020, the company placed a content advisory notice on Disney+ warning of negative depictions or mistreatment of people, according to an article from the BBC. Movies such as “Peter Pan,” “Dumbo” and “The Jungle Book” were labeled with content advisories. Disney also stated that instead of deleting the movies, they would keep the content to acknowledge its harmful impact and learn from it, according to an article from The New York Times.

While this is a step in the right direction for Disney, they should have taken down the films entirely. Ultimately, Disney should prioritize dismantling racial discrimination over profiting from these films. Further, children may ignore the content advisory notice, which could perpetuate the belief that racism in the movies is normalized.

A turning point in the movie industry was “Black Panther,” which Marvel released in 2018. This movie was more catered to teenagers, but children could still resonate with it. “Black Panther” ranks fifth in the U.S. domestic box office, according to the IMDB. The success of this movie with a predominantly Black cast indicated there is a growing desire for young people to see themselves reflected in the media.

Since the release of “Black Panther,” there has been an initiative from Disney, Marvel’s parent company, to have more representation in films. Disney launched “Stories Matter,” an approach to help guide Disney in promoting positive and diverse depictions of their characters, which includes an advisory council. The advisory council is a set of organizations who specialize with certain communities, advising Disney on how to depict the communities they represent.

For children, watching a movie with positive representations of their race or ethnicity can boost self-esteem. Conversely, if children are exposed to negative depictions of characters resembling themselves, they are most likely to experience racial discrimination and low self-esteem, per an article from Common Sense Media.

Ultimately, positive representation of diversity in children’s media is key to eradicating negative stereotypes of various cultures. Filmmakers should learn from their past mistakes to help children have an outlet to embrace diversity through movies.