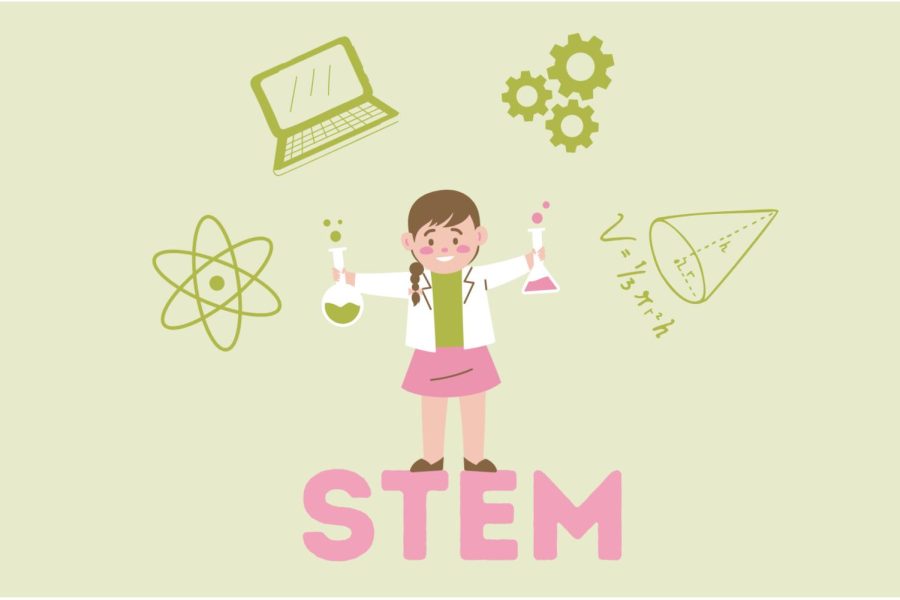 In current society, a lack of women in the STEM workforce is present, predominantly caused by direct discrimination against gender and enforcement of stereotypes that understate female skill in scientific fields. To inspire young girls to join STEM sectors, we must integrate female-based role models in our education systems and communities.

Stereotypes and cultural norms constantly discourage female engagement in the fields of science, technology, engineering and math, resulting in a lack of female presence. Nevertheless, company administrators can counter these inequalities with adjustments to the work within their industry.

Providing women equal opportunities to pursue STEM professions will help reduce the current gender pay gap, heighten women’s business confidence, guarantee a further talented STEM workforce and preclude biases and preferences in these fields. Consequently, the products and services provided will be less prejudiced against women – a meager but effective step that will encourage girls to join these fields.

However, STEM workplaces for women can be complex, sometimes hostile environments compared to the environment experienced by men. Prejudice and sexual harassment are far more prevalent in STEM fields than in others. Being a female in the industry can feel like a burden, ultimately hindering one’s journey toward success.

According to data provided by Oregon State University, over 50% of women in STEM have experienced a form of sexism and discrimination. The data showed that male colleagues undermined females’ capability to handle equipment, problem-solve and made unwanted sexual advances.

Women are often perceived as outsiders and encounter significant marginalization, per La Trobe University. As a result, the university reported that 83% of women in the STEM workforce leave their careers prior to the average retirement age of 62, with 49% of these cases caused by a discriminatory-related issue. ??Women only compose 17% of those who pursue long-term careers in STEM.

These losses are severe and felt by the STEM departments; the workforce loses a significant number of talented, qualified professionals, ultimately impacting a nation’s scientific execution and productivity.

Furthermore, while females are historically underrepresented, there is a rich, untold past of pioneering women in STEM that is still unacknowledged. Due to a decrease in academic opportunities for women, women’s history remains more unknown and has larger impacts on our community today.

The countless overlooked discoveries of women prove to be the root of a numerical decrease in women’s STEM participation. These female commanding histories have the potential to teach women across the world that they too can be successful in these fields. However, girls of our generation now grow without enough female role models and figures to admire, noting only men’s success in STEM fields.

According to the Dawn Newspaper, role models impel us to make the best of our lives and shoot for the success we strive to reach. Positive exemplars guide our behaviors and drive us to reveal our authentic capacities and defeat our faults.

Hence, as women are unable to follow this idea, it contributes to the fear that prevents them from getting involved in STEM subjects. Not only are women aware of the discrimination they could face in STEM, but they are also afraid they don’t have the ability to succeed.

For girls’ involvement in science, technology, engineering and mathematics, they must see the significance of these subjects in their day-to-day lives and believe in their ability to succeed in these fields. The Higher Education Statistics Agency (HESA) states that if girls at a young age were to see women in the past succeeding in the STEM subjects, their confidence would increase and participation rates would increase.

Not only does this prove the importance of role models and their impact on their followers’ success, but it further displays the necessity of society to experience a shift, one that entails the history of women to be told just as frequently as men’s. Changes would include telling these histories in school curriculums, extracurricular activities and media sources in order to further integrate women in STEM learning.

Throughout the school, teachers and faculty should communicate women’s success in all classes; thus, students become aware of female achievement. Their successes and triumphs should be brought to light in all academic domains, allowing students to admire female role models in all areas.

Traditionally, women have had far fewer educational opportunities than boys, yet transformations and shifts in cultural perspectives have allowed women’s opportunities to grow. This expands girls’ participation in STEM subjects, however, still not to the degree of boys’ participation. According to recent data provided by the HESA, only 35% of U.K. alumni in higher STEM education are women.

In the U.K., the number of women graduating in the STEM core subjects has increased from 22,020 to 24,705 in 2019 since 2015, per STEM Women. However, more change needs to be implemented to continue the growth of the female scientific workforce. This could entail spreading awareness around the issue and creating programs outside of school interest.

In the last decade, the number of women serving in engineering positions has roughly doubled from 25,000 to just above 50,000 in the U.K., per the HESA. Though the data shows a positive difference, the overall percentage split is still shallow and has continued to be inactive for the past two years, despite the numerical increase.

To conquer and overcome the female fear of STEM subjects will take time, and growth mindsets toward these subjects still need to develop.

Although the number of women in STEM has increased, the numbers aren’t high enough to conform women working in mathematical and engineering fields. Without a significant increase in the workforce, the issue will spiral.

This generation of women has implicitly learned that they cannot perform as well in STEM compared to boys from a very young age. Athene Donald, a professor of experimental physics at the University of Cambridge, says the message that girls are not as talented in science is conveyed substantially from their birth onwards.

As it has become a social norm to believe that girls and women have poorer performance than men in STEM, additional anxiety unfolds around this field, narrowing girls’ general interest and passion.

This underrepresentation can be described by perpetual fear of failure surrounding STEM due to the cultural norms and stereotypes swarming our environment. Society needs more girls to join STEM to alter perception and access the numerous benefits of a diverse workforce.

As our community needs more women employees in STEM, girls, especially young girls, must not be afraid of these subjects; they must be willing to strive and take risks to explore new fields of study.

Telling the history of successful women is the first step towards progress. Once women learn from these inspirational figures, they need to understand that the fear of taking risks and stepping out of their comfort zone will do nothing other than restrict them from reaching their full potential.