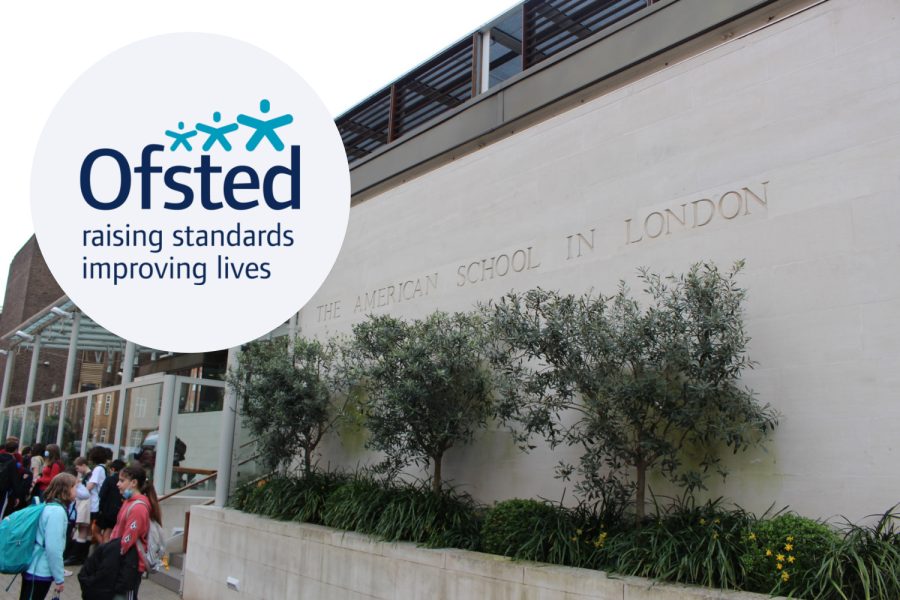 Ofsted, the government’s education authority, has downgraded the school in its grading system after an inspection in December 2021 that the school claims was “unusual in scope and substance.”

Following its standard inspection of ASL in December 2021, the Office for Standards in Education downgraded the school by two overall ratings from “Outstanding” to “Requires Improvement” in a report published March 8.

According to an email to the community March 11 sent by Acting Interim Head of School Sacha McVean, the school must submit an action plan to Ofsted by April 11. McVean said Ofsted requires this process if they rate a school “Requires Improvement,” and the plan must resolve the standards the school has failed to meet.

McVean said the school understands that changes will need to be made, but they are unclear on the extent to which Ofsted expects ASL to change. McVean said any changes implemented are likely to be “adjustments rather than broad brushstroke sweeps.”

After approval, this plan will be shared with the community. This process will be coordinated by the Senior Leadership Team – including incoming Interim Head of School Coreen Hester – in tandem with external consultants.

In an email to the community March 8, McVean wrote that the Ofsted inspection was “unusual in character, scope and substance.” McVean said the timing of the inspection was one of the factors that made it seem odd.

“Being immediately before the break, when Ofsted themselves had announced that they would not be visiting schools during that period, led us to believe that this was a different kind of inspection,” she said. “We were one of three schools that was inspected during that week.”

According to the Ofsted report, the school met 96% of independent school standards. Failing to meet any one of these standards can warrant a downgrade.

Nonetheless, McVean said the school feels it “is disproportionate that we’ve been downgraded by two levels,” and that such a downgrade is “very rare.” In ASL’s past inspections, the school has never received a rating lower than “Outstanding”.

According to the report, the school failed to meet eight standards, which lie under the following three categories:

3. Quality of leadership in and management of schools

More specifically, the report claims an imbalanced approach to a number of curricular areas where “teaching places more emphasis on the school’s social justice programme than on the acquisition of specific subject content.” Further, the report states a significant number of students do not feel comfortable voicing their viewpoints in class.

This school year, 47% of schools previously rated outstanding by Ofsted have been downgraded by one or more rankings, according to Director of Advancement Síofra Rucker.

Evelyn Snizek (’23) was interviewed by Ofsted officials during the inspection. Although  recognizing she cannot speak for the entire community, especially those in the Middle School, Snizek said she believes the school has been somewhat misjudged in Ofsted’s report.

“I felt that this was not a reflection on my time at ASL at all,” she said.

Similarly, MS Community Action Integrationist Sean Ross, who has been at the school for 12 years, said he believes Ofsted’s findings are inconsistent with his perception of the school.

“I was really disappointed by the report – it really doesn’t reflect what we do here,” he said. “I have seen the school become a place where students are more empowered than ever to say what they think.”

According to McVean, Ofsted has employed a new strategy called the “deep dive” during its standard inspections whereby officials hone in on specific aspects of the school’s operations rather than taking a “superficial exploration of all curriculum areas.” In the case of the December inspection, this included dives into language arts, English, health education, music and social studies.

McVean said the school was not aware of this new strategy prior to the inspection which she said “caught [the school] a little off guard.”

In the inspection, McVean said Ofsted posed targeted questions about the teaching of social justice. She said the school has “always had to help Ofsted understand American pedagogy, American philosophy” and in this case, found it difficult to explain the goals of some of its programs.

Ofsted was scheduled to accredit the school this year, but McVean said this inspection was nonetheless a surprise. In the email March 8, McVean said it was explicitly set in motion by media attention and 13 letters of complaint filed with the Department of Education.

Snizek said most of the questions Ofsted had probed the humanities and social studies curriculum, and these questions were understandable given Ofsted’s aims.

“They were appropriate seeing as the only reason Ofsted was there was because of these complaints,” she said. “So obviously, they had to ask the questions.”

Ross, who has witnessed multiple Ofsted inspections at more than one school, said he felt this inspection was unfair. He was not interviewed by inspectors, but he said colleagues who were said that they found the experience difficult.

“Coming in with that approach and making teachers who work really hard to support their students feel uncomfortable is just not fair,” he said. “You know, they just could have, I think, done it in a, in a more considerate way.”

The Standard reached out to Ofsted for comment but has not received a response.

Snizek said she felt the school’s response has been clear and fair.

“They’ve been very transparent about it,” she said. “I do think it’s just a shame that the rating did go down, but there’s not really much more that they could have said or done to let us know.”

McVean said following the publishing of the report, families have expressed that the school’s response – the email sent March 8 in particular – was “defensive and did not accept responsibility to the point that [the parents] had hoped.”

“We have to accept responsibility for our school improvement,” she said. “As a school, that is something that we do every day … Ofsted has requested for us to make improvements in programs that we have identified for ourselves as needing adjusting in terms of the social justice work that we do.”

Part of the school’s response included going through the official Ofsted complaint process. McVean said the school found the report to be too vague which made it difficult for them to discern what actions must be taken.

Moving forward, McVean said she would like students to play a focal role in the school’s long-term response.

“I would really love to hear from students,” she said. “Just having an open-ended question, ‘What is it that you feel we could and should be improving on?’”

Thus far, the immediate impact of Ofsted’s report is not yet clear. Pertaining to admissions, the school hosted tours for prospective families the week of March 8. These tours indicated there is unlikely to be any perceptible impact on application numbers, according to McVean. She said she estimates around 5% had questions about the Ofsted visit.

Upon reflection, Snizek said she has never drawn parallels between her experience at ASL and the point of view expressed in the report. Hence, she said the school must search for what contributed to its outstanding rating.

Despite negative attention the school has received, McVean said she is confident it will maintain its good image.

“It’s a visible blemish in the immediate sense, but I don’t think it will tarnish the long-term reputation of the school,” she said. “We are and always have been much more than our Ofsted outstanding rating.”