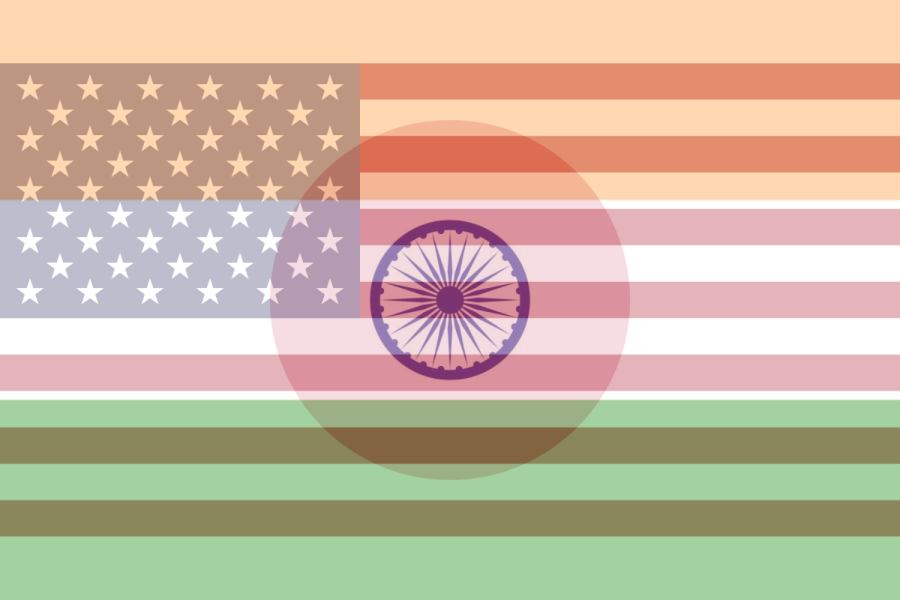 Asian American students reflect on their backgrounds and experiences that formulate the lives they live today. From moving through different cultures to facing pandemic discrimination, students said the Asian American community is extremely close-knit even with a smaller population in any given place.

The evolving COVID-19 pandemic sweeping across the globe has been making headlines for over two years. From canceling plans with friends to being unable to contact family, there have been many detrimental effects and changes as a result of the virus.

Experiences with the pandemic have varied throughout the world for many international students. Many, especially the voices of ASL’s Asian community, have shared their stories with the isolation that comes with the pandemic.
First-hand experiences in communities abroad
Tanvi Rao (’22), originally from New Jersey but coming from an Indian background, said the frequency of Asian people in her neighborhood in America was scarce. Though representation was lower in the U.S., she had found that made bonds much stronger among them.

Other Asian American students said something as simple as names can be the target of isolation. Being different may seem like a topic of celebration in the present, but some said it hasn’t always been this way.

Millie Rajguru (’24), born in London and coming from a German American and Indian background, said she saw a prominent change in the attitude toward minorities after a rise in discussions to promote understanding.

“There are certain kids in the grade who would always make fun of me being Indian, or like, make fun of my last name,” she said.
Pandemic impacts
While discussions on local levels at the school helped encourage and foster understanding of people of different backgrounds, the broader attitude shifted in response to the pandemic. With the earlier scares of the pandemic in the U.S. and coverage of COVID-19 as the “China Virus,” and out of the pandemic’s first wave of panic, racist assumptions would spread quickly with the media.

“A lot of the fearmongering exists in the U.S. about China being the origin of the coronavirus,” he said.
Diverse community
Cultural comparison and norms can differ between regions. One instance is physical isolation, though not an obvious action, and Preiser said he has experienced this as mixed Japanese.

“There have definitely been people … being a little strange and weird about, like staying away from them and like staying specifically away from Asian people,” he said. “Now, it’s a little uncomfortable.”

Rajguru’s local connections brought her and her family together to take part in traditions she would carry out in her country of heritage. Though there is an unspoken feeling of judgment, some communities have the opportunity to ride over that tide and gather in celebration.

“When we celebrate, we usually celebrate with family. And because of COVID, we weren’t able to visit them, or like, celebrate certain traditions with them.” Rajguru said. “During COVID, we kind of actually just hung out with, like, our neighbors and did those traditions.”

This pleasure comes around to those who find their people, but for some, it seems as if there are almost no one from the same culture as theirs. Although Rao said she sees fewer Asian people in London and at an international school despite all of its diversity, she said this can solidify bonds between on an individual level.

“Ironically, because there’s so few of us in the ASL community, I think that made our connection even stronger,” Rao said.
Manifestation at ASL
Rajguru said she continues to reflect on her time growing up and her exposure to the vast array of cultures present at the school. Events and gatherings had been a highlight as she recalled fond memories of parents and students alike representing their home countries through food, crafts and art.

“It was just incredible because you had saw the families making food, and like from their culture, and I just thought that like, brought a lot of diversity.” Rajguru said.

The presence of large gatherings became scarce, though, with the pandemic setting in with a wave of the Omicron variant. Despite this, Rao said the school community has made it possible for students to address current events. Rao said she experiences this firsthand in her classes on the daily, opening her eyes to a new factor of her personal life.

“When I started coming to ASL, and people started talking about it, and even taking my Asian [Literature] class,” Rao said. “I started to actually recognize how different my experiences are and how even when I go home – the things that I do are so different than what my Caucasian friends would do. ”

Not everyone has the access to those outputs of knowledge, and it becomes more important to address those modern-day issues openly. Preiser suggests that we should incorporate it not just in everyday conversations but as part of the school’s ways of highlighting certain issues.

“We should definitely have spaces where we can talk about, you know, contemporary problems with race and culture, and especially America and also just London in general.” Preiser said.

In addition to the school norms, on a broader scale, students have seen more ease in finding a way to be part of a global community. Rajguru said the school community has become one in which it is easy for people to “melt” into the overall school culture, mixing with others’ backgrounds.

“It feels like after the pandemic, I think they made a lot of steps to make, like, everyone more accepting and more interested in learning about their identity and who they are, like, racially.” Rajguru said. “I think they took like, big steps to like, help us become more proud of who we are.”