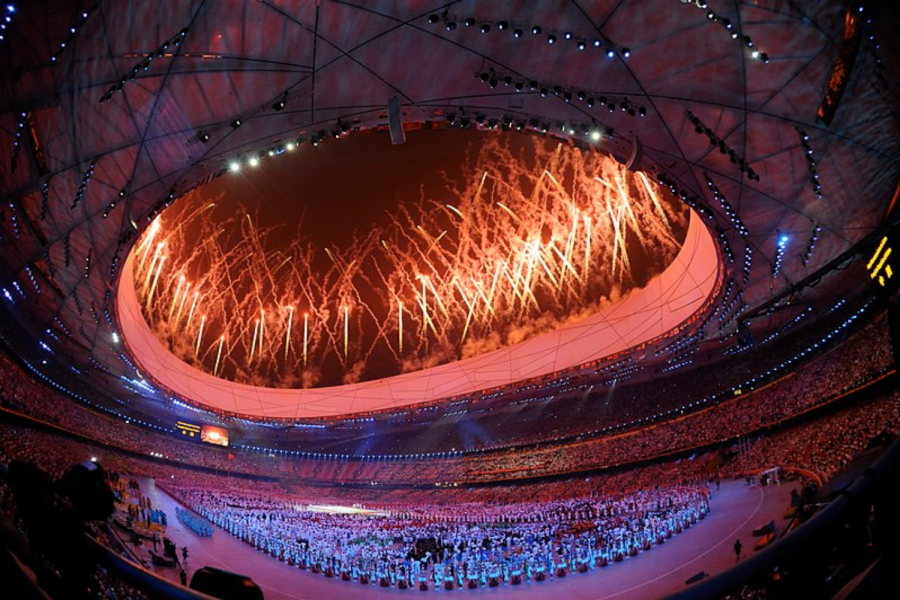 As the world reflects on this year's Beijing Winter Olympics, it is important for us to recognize its damaging effects. Every two years, the Olympics generates unnecessary amounts of waste that could be lessened by awarding the Games to countries that can pass eco-friendly checkpoints.

The Olympics is a modern symbol of humanity’s triumphs and perseverance, deep-seated in the glory of its founding city, ancient Olympia. This global spectacle nurtures peace and tolerance by providing an even playing field for all its competitors. Unfortunately, this glorious event doesn’t come without a price.

On average, the Games have cost their host countries just over $24 billion since 2010, yet their toll on the environment is far greater and permanent.

The infrastructure, climate and travel the Olympics demand heavily contribute to carbon emissions and deforestation. Therefore, host countries should only be those that can provide the necessary amenities while meeting sustainability guidelines.

Despite efforts in the Tokyo Summer Olympics, held in 2021, to incorporate recyclable materials, the Rainforest Action Network reports that the large majority of their stadium was built with 117,000 strips of timber from an Indonesian rainforest inhabited by many endangered animals, including the orangutan.

China continued the destructive tradition, according to an article from CNN, sacrificing their protected Songshan Nature Reserve in order to build ski runs. This year’s Beijing Olympics construction proves that in 2022, the Games and deforestation still go hand in hand.

In addition to the Olympics’ legacy of harmfully constructing facilities, too often the host countries lack the geographic resources needed to perform many seasonal sports. Many cities that have hosted, such as Vancouver, Sochi, Pyeongchang and Beijing, do not have a suitable amount of snow for the Winter Olympics, per BBC.

Consequently, the International Olympic Committee (IOC) has compensated by creating snow with artificial means. The massive machines that make artificial snow rely on extensive amounts of water and energy to maintain their temperature.

Recently, these artificial snow machines were used on a larger scale than ever during the Beijing Winter Olympics. The 2022 Games relied on over 200 snow guns for all of their snow. It is estimated by the Olympic Committee that 49 million gallons of the world’s limited freshwater were used during this process. China should not be using such resource-draining machines, especially considering the country is experiencing severe drought.

Fortunately, Earth still naturally supplies certain locations with ample snow for skiing as well as other winter activities. The wasteful practice of creating artificial snow is only endangering those remaining ski climates further because the machines produce heat when evaporating water to water vapor. We must stop this cycle and use naturally snowy cities to host the Winter Olympics before there are none of them left.

Awarding the Olympics by using eco-friendly checkpoints could be discriminatory given that only wealthier nations can meet them. Sustainability standards would actually help equalize the selection process because they focus on how the location naturally meets the required geographic conditions. This would help avoid wealth discrimination because a nation that paid to artificially simulate conditions would not pass the sustainability checkpoints.

Additionally, not all cities are built to host the Summer Olympics either. Last year, 3,500 tons of Olympic-grade sand were put on trucks and exported from Vietnam to Tokyo to create beach volleyball courts. Even if the amount of fossil fuel those trucks emitted into the environment was minute, it is still an unnecessary environmental drain that could be cut simply by picking a naturally sand-rich host or location.

With the changing of its venues, this momentous global spectacle has evolved into a showcase for its beautiful host countries as well as the world’s finest athletes. To honor the ultimate common ground we all share – our Earth – the Games should be held exclusively in cities that can create the required sporting atmosphere without compromising the environment.