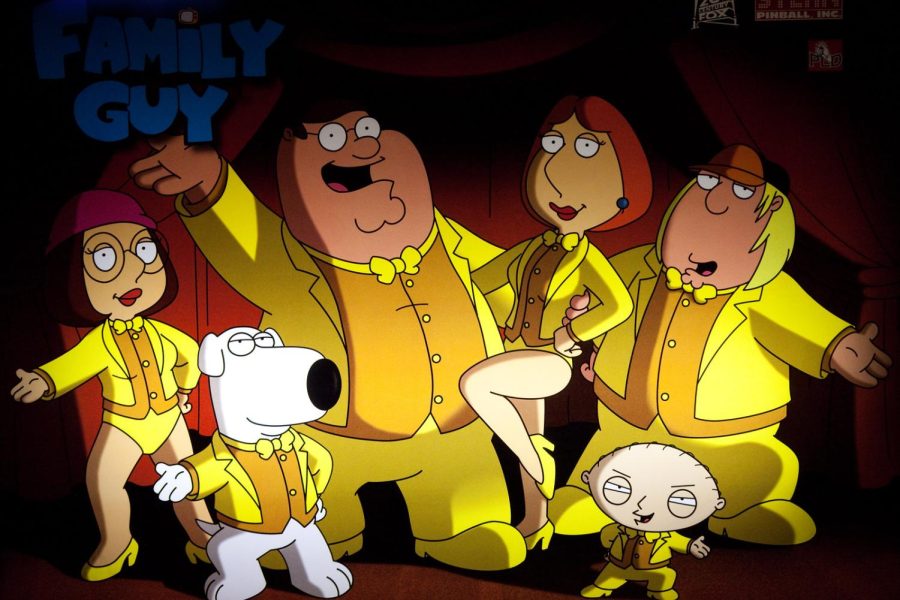 “Family Guy,” an adult animated sitcom, narrates the story of the Griffins, a white, middle-class family and their talking dog, Brian. The show’s self-referential humor ultimately exposes many of the prejudices of American society.

“Family Guy,” the adult animated sitcom, returned for its 20th season in September 2021. The first episode of this landmark season aired on Fox and can be streamed on demand exclusively on Hulu. Premiered in 1999 and canceled in 2003 before returning by popular demand, the show has always retained a strong following despite being the target of numerous complaints aimed at its content.

In an interview with the BBC, the creator of “Family Guy” Seth MacFarlane described his show as a “modern vaudeville,” which is a theatrical genre based on a comical situation originating from France in the 19th century. The show is built around snap shots of the life of a white, middle-class family, the Griffins, and is set in the fictional town of Quahog, Rhode Island, a re-creation of a traditional American suburb.

Peter, the series hero, is an Irish American blue collar worker. He is married to Lois, a housewife, and they have three children together. The youngest, Stewie, is a brilliant, sadistic baby villain who speaks like a classic English stage actor. Meg, the eldest daughter, is a self-conscious teenager who desperately tries to fit in. Chris, like his father, is socially inept and not very bright. Finally, Brian, their talking pet dog, keeps baby Stewie in check.

Sick, twisted and politically incorrect language is commonplace in Peter Griffin’s script. “Family Guy” is known to contain offensive jokes including racial humor as well as violent, gory and disturbing images. In fact, viewers have attacked the series on multiple occasions and filed complaints with the Federal Communications Commission, per The Parents Television Council.

But, the sitcom must be interpreted in the second degree. The opening line of the show’s emblematic jingle – one that always gets stuck in my head  – is, “It seems today that all we see is violence in movies and sex on TV, but where are those good old fashion values on which we used to rely?” This line epitomizes what the series is all about: self-referential humor. Isn’t making fun of yourself always a powerful way to gain credibility?

Seth MacFarlane claims Peter Griffin was inspired by typical New England men that speak without any filter, per the BBC. Peter speaks his mind without holding back, openly representing the ignorance that may come with his white, middle-class, male identity. In this way, the show underscores the discriminatory and racist attitudes present in American society, showcasing the intolerance many minorities face.

Ultimately, “Family Guy” mocks the bigotry of some white, middle-class, American men. Peter Griffin is not presented as a hero to be venerated but is instead exposed for his limited intellect and demagogic beliefs. Brian, the dog, is often the only member of the family showing common sense, further eroding the credibility of the show’s human protagonists.

The program not only highlights intolerance but also openly criticizes the conservative network it airs on: Fox Broadcasting. In season 7, episode 10, which aired in March 2021, Brian asks Lois to reconsider working for Fox News. He calls the network “evil” in response and accuses it of spreading “fake news.”

On Sept. 21, 2022 in an  interview on Jimmy Kimmel Live!, MacFarlane further spoke up against Fox News. He criticizes the network’s conservative views and its promotion of incorrect information during the COVID-19 pandemic, explaining how this has led him to produce a “Family Guy” public service announcement encouraging the COVID-19 vaccination. The three minute, 38 second video features Stewie explaining the benefits of COVID-19 vaccination by answering objections from Peter, who voices all the anti-vaccination misconceptions.

Ultimately, the sick humor in “Family Guy” is even more relevant today. In times of deeply rooted social upheaval, the need to openly expose prejudice feels right on point. There is no need for embellished politically correct language; a good laugh is a great way to break down barriers, denounce prejudice and expose disinformation.