The Standard • 18th May 2022 • https://standard.asl.org/20207/opinions/shifting-attention-to-refugees-ensures-collective-humanitarian-advancement/ 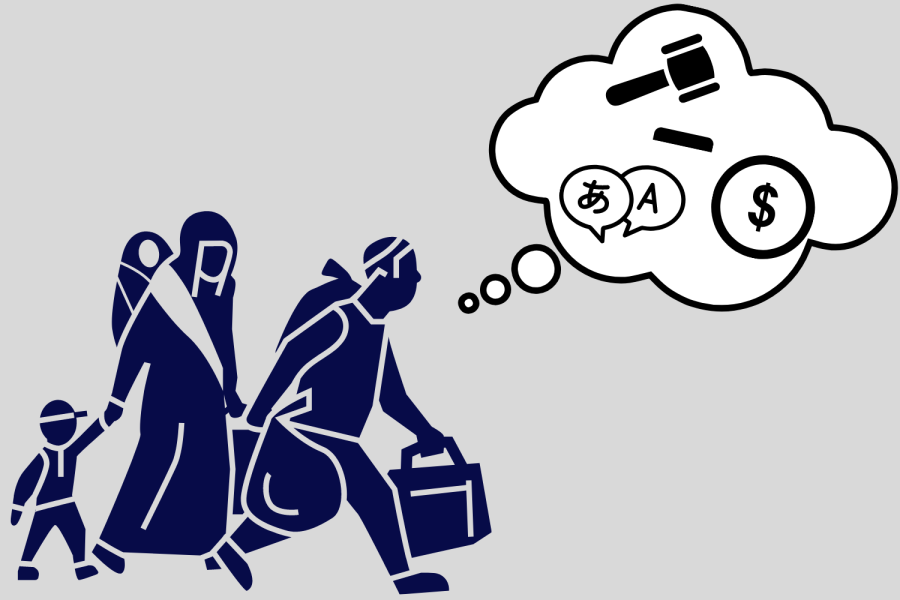 For many asylum seekers, the U.K. is a safe haven from the dangers present in their home countries. However, upon arrival in the U.K., those displaced are met with a series of new challenges: claiming asylum, financial hardships and language barriers.

According to an article from The Guardian, the majority of refugees who have made dangerous journeys across the English Channel are fleeing persecution and conflict, namely the Syrian Civil War and the War in Darfur. Between January 2020 and May 2021, two thirds of refugee arrivals to the U.K. were arriving from Iran, Iraq, Sudan and Syria. In 2021, the government received 48,540 asylum applications, according to the U.K. Parliament.

Thus, with so many asylum seekers fleeing to the U.K., it is important to have a fair and organized system to welcome them into the country. Unfortunately, this system does not exist.

To gain refugee status, immigrants must prove they are unable to return to their home country due to persecution, per the BBC. If granted refugee status, they may remain in the U.K. for up to five years before applying for permanent residence. Even so, the decision process often takes more than six months.

The excessive wait time for asylum seeking decisions demonstrates the unfairness of the legal process for refugees. If an asylum seeker’s claim does get rejected, they will be forced to return to their home country despite existing settlement in the U.K.

Refugees also experience financial struggles while waiting for their asylum claims to be approved. According to Gov.UK, the government provides asylum seekers with accommodation, although they are only given government-funded housing. Each household member further receives a mere £40.85 budget weekly for essentials such as toiletries, clothes and food, per Gov.UK.

Meanwhile, according to Gov.UK, the national minimum wage per hour in the U.K. is £9.50. The government allowance of asylum seekers is equivalent to refugees working for four hours weekly with minimum wage. Clearly, this funding is not enough to sustain the needs of their daily lives. Additionally, it can be difficult for asylum seekers to find jobs as they may have been unable to complete their education in their home country and their qualifications may not be recognized in the U.K.

Furthermore, the fact that asylum seekers cannot request their living quarters can make integration into society even more difficult. Even though refugees may know someone in the U.K. who can support them, they may be assigned accommodation elsewhere. Since most are sent to areas with cheaper housing, accommodations are often overcrowded and unhygienic, per The British Red Cross.

Language barriers are yet another challenge faced by refugees. Speaking English is an essential skill to thrive in the U.K., but many refugees have not been previously exposed to the language.

In fact, a study conducted by the University of Sussex followed the progress of 280 refugees who arrived in the U.K. under the Gateway Protection Programme, which attempted to help refugees acclimate to the U.K. Resettled refugees received eight hours of free English lessons per week with other refugees of the same nationality. However, the study found that within the class, refugees of the same nationality had different English proficiency levels.

While the Gateway Protection Programme no longer operates, the results show the inability of the U.K. government to support refugees. Because the government did not tailor the English classes to their specific needs as non-native speakers, some refugees struggle when learning a new language.

The U.K. government is simultaneously hindering asylum seekers from settling in the country by attempting to pass restrictive legislation. The government is currently trying to pass the Nationality and Borders Bill, which will allow the government to divert illegal migrants on boats, implement worse punishments for people illegally arriving into the U.K. and revoke British citizenship without notice.

Moreover, according to The Guardian, the U.K. government signed a deal April 13 to send U.K. asylum seekers to Rwanda for processing. Many asylum seekers have left their home countries due to persecution and instead of seeking safety, they will be directed to a country where they could face more persecution with many human rights violations.

It is evident that refugees entering the U.K. face many challenges, but there are ways to enact positive change and support their settlement. For example, sharing information regarding the struggles that asylum seekers face can be beneficial as it helps dismantle the harmful stereotypes surrounding them.

The publishing of anti-migrant headlines and misinformation in publication share sparked harmful stereotypes surrounding refugees in the overall population. According to YouGov, half of the British population thinks there have been too many migrants entering the country over the last decade. Therefore, it is vital to educate others on the reality of the refugee situation, which entails the multiple challenges they face in the U.K.

There are also many refugee organizations to which one can donate. The Refugee Council and Refugee Action provide support to refugees and asylum seekers. Meanwhile, Young Roots is an organization based in Croydon, England that supports refugees through providing youth activities, language lessons as well as legal and therapeutic guidance.

Ultimately, given that we have the power to make change, it is vital we recognize the challenges that asylum seekers face and take action to support their efforts to settle in the U.K.