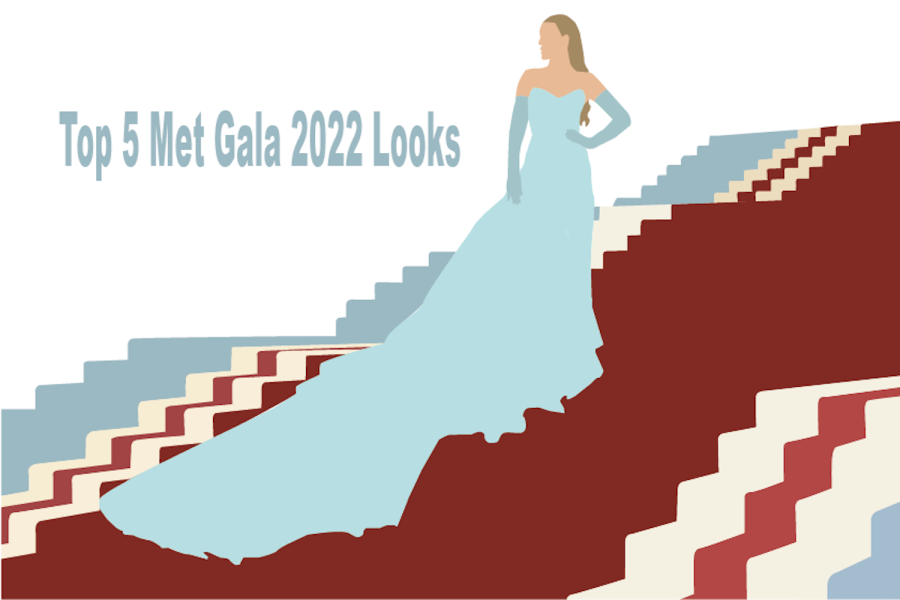 This year’s Met Gala theme of “Gilded Glamor” seemed simple enough to follow, yet many celebrities were led astray by their designers. A handful of looks escaped this fate, and the following looks left others looking out of place.

Since 1948, celebrities have gathered on the first Monday of May dressed in notably extravagant looks for the Met Gala, a themed fundraiser hosted at the Metropolitan Museum of Art’s Costume Institute in New York City. After the elusive “Camp: Notes on Fashion” and the broad “In America: A Lexicon of Fashion” themes, the idea of “Gilded Glamor” should have been an easy concept from which to draw inspiration.

The theme enabled men to stay well within their comfort zone in basic black tuxedos. For women, the theme involved the corsetry that has riddled runways and chain stores for the past fashion season.

However, despite the simplicity of the theme, many celebrities missed the mark as designers instead used the Met Gala as an opportunity to show off their latest ready-to-wear line (take the hint, Valentino). The best looks were those that delved beyond surface-level outfits and turned to elaborate structuring as opposed to gold gowns and plain suits.

Blake Lively’s New York City-inspired gown stood out as one of the most innovative looks of the night. The transition between a large brass bow into a bright blue train – an extension of a skirt – was a reference to the oxidation of the Statue of Liberty. The bust of the dress, decorated in bronze and copper sequins, incorporated colors typical of interior design in the Gilded Age as well as took inspiration from the architecture of the Empire State Building.

Figures from Grand Central Station’s ceiling decorated the skirt, bringing the copper colors to the bottom of the dress. Although the dress ignored the typical silhouettes of the Gilded Age, it encompassed the city’s architectural contrast from the late 1800s to the current design. Reaching beyond era-typical clothing and taking inspiration from the city of the event itself allowed the dress to distinguish itself from the sea of gold and corset tops.

Richard Quinn – a designer who commonly works with latex and ostentatious florals and does not come to mind when thinking of the subtle elegance of gilded glamor – created a design for Nicola Coughlan that perfectly encapsulated an era-typical silhouette. The combination of a playful baby pink dress with elegant black undertones caught the audience’s eye, while crystal detailing added a hint of glamor.

Dramatic gigot sleeves incorporated the theme without overwhelming, and the massive train alluded to the bustles – an undergarment worn to support draped fabric – women wore during the Gilded Age. While the silhouette of the dress referenced a time of simple glamor, the delicate feathers decorating the gown added a unique twist to the dress. As a result of Quinn venturing outside of his traditional materials, he incorporated his eclectic taste into what could otherwise have been a simple gown.

While Billie Eilish’s Gucci gown may not have been the most adventurous look of the night, it aligned perfectly with a typical dress from the late 19th century. The heavy corsetry paired with a light bustle and heavy draping created a look familiar to the late 1870s and early 1880s trend of an hourglass body shape, also known as “the natural form.” Although the green lace sleeves felt slightly disconnected from the rest of the look, the incorporation of gloves furthered the historical accuracy of the outfit.

The muted colors added fluidity to the look, as well as referencing Alessandro Michele’s other work, who commonly use upcycled materials for the design. However, the black choker served only as a distraction from an otherwise cohesive look. Accessories aside, Eilish appeared to have walked off the canvas of a John Singer Sargent painting and onto the steps of the Met.

Despite Corrin’s dramatized suit jacket appearing as an outlier against the endless gowns and tuxedos, the reference used by Corrin’s designers Miu Miu and stylist Harry Lambert explains the bizarre outfit. In allusion to Evander Berry Wall, a New York City socialite during the Gilded Age, Corrin wore a recreation of Walls’ exaggerated jacket shape. The large buttons both added a focal point to the chaotic jacket and further parallelled Walls’ style.

To find such an obscure figure of the Gilded Age is certainly impressive, as is her disregard for the gender conformity of the period. Given that fashion at the time was very much dictated by gender conformity, Corrin’s choice defies the norms associated with the Gilded Age. Her refusal to adhere to the confinement of fashion’s ideals often leads to a distinct look, though the specificity of the outfit’s inspiration and its place in the Gilded Age cements it as one of the best outfits of the night.

Rapper Bad Bunny certainly did not hold back for his first Met Gala event with his Burberry suit and detachable skirt. The look was created with styles typical of Puerto Rico during the time period to pay homage to the rapper’s nationality.

The puffed sleeves and well-tailored suit are reminiscent of the past, with the detachable form-fitting skirt adding a modern touch. Golden flowers pinned to his hair added to the idea of a Gilded look and worked well with Burberry’s typical beige fabric. Given that traditional menswear of the Gilded Age was simple and elegant, the choice to incorporate women’s wear into the look prevented yet another black tux from assaulting the red carpet.