The Standard • 20th May 2022 • https://standard.asl.org/20215/sports/champions-league-final-spurs-excitement-speculation-among-students/ 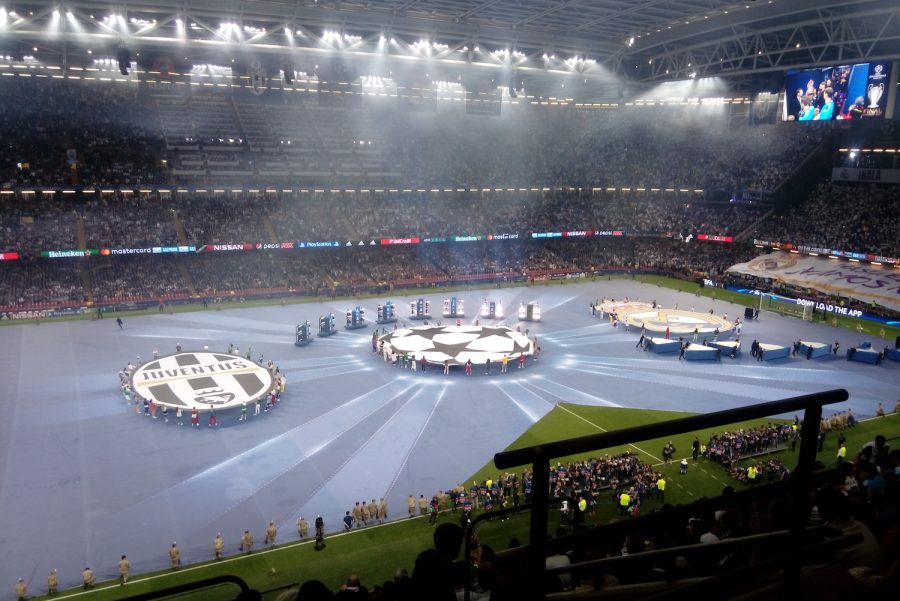 With Europe’s most famous football competition edging closer to its final, the Champions League has generated much anticipation and excitement as the Liverpool and Real Madrid teams go head to head May 28.

While the Liverpool team has had a steady run to the final comfortably defeating Inter Milan, Benfica and Villareal, Real Madrid’s journey has been nothing short of dramatic. The team beat Paris Saint Germain, Chelsea and Manchester City on their way to the final.

Sam Singer (’23) said Real Madrid has exhibited high spirits throughout the competition, which he said will be crucial in their performance during the final.

“We’ve seen over these past three games the fighting spirit of that Madrid team and honestly I think they’re unbeatable,” he said. “So, I can’t see why they can’t do it again.”

In addition to the team spirit Madrid has shown, Singer said another decisive factor in the final will be the role their star striker Karim Benzema plays. Benzema is currently the Champions League’s top scorer this season with 15 goals, per UEFA. Singer said his presence will help give Madrid the edge over Liverpool.

“Real Madrid do have the best striker in the world at the moment so they can score out of anything,” he said. “Nuno Tavares could put a ball into the box and Benzema would be able to finish it, that’s how good he is.”

On the other hand, Brooks Olson (’22) said Real Madrid may be out of luck as the final is one step too far for them.

“Madrid have been quite inconsistent like the past three rounds that they’ve gone through,” he said. “They’ve been extremely lucky. I think against like a really consistent side like Liverpool, they probably won’t be able to get across the finish line.”

Despite the inconsistency, Olson said Real Madrid could cause Liverpool some problems defensively with the attacking players they have, particularly with the play between Benzema and young Real Madrid star, Vinicuis Jr.

“The link-up that those two can potentially have is really frightening, especially if Liverpool aren’t as structurally sound,” he said.

Layla Blanks (’24) said she agrees with Olson that Real Madrid has strong inner-team bonds. However, Blanks said the quality of the Liverpool players will secure the win for Liverpool.

“I think it’ll be hard for the Real Madrid defenders to contain players like Mane, Salah and Diaz,” she said.

Further, Blanks said Liverpool player Mohamed Salah will have a key role in how the team will play.

According to Eurosport, another impact of the final is the Ballon d’Or, the annual reward given to the world’s best football player. With the Champions League being European football’s most prestigious trophy, the winning team’s players are in contention for the award.

With Benzema’s 44 goals in 44 games this season according to Real Madrid, Singer said he predicts Benzema will win the award. Singer also highlighted the similarities between Benzema’s performances and Cristiano Ronaldo.

Furthermore, Blanks said the importance of a Champions League win plays into the rankings of the award.

Ultimately, Singer said the European club football season looks to conclude with a Champions League final match with headlines and excitement surrounding it.

“It could be as good as the 2018 final, when both teams played each other then,” he said. “It’s going to be a really lively game to finish a dramatic season in the Champions League.”