The Standard • 26th May 2022 • https://standard.asl.org/20324/sports/controversially-high-premier-league-salaries-prompt-questions-of-merit/ 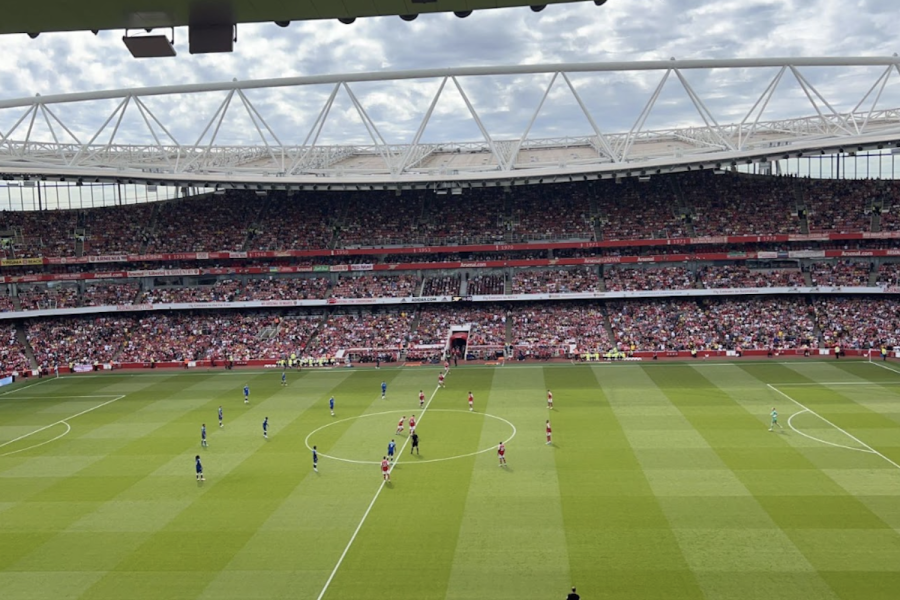 Arsenal and Everton kick off their fixture May 22, the final day of the 2021-22 season. Arsenal’s squad is responsible for a £244 million wage bill, making them the fifth-highest Premier League spender, per The Atlantic.

“The Premier League is the most elite league in the world,” he said. “It has the best players and the best teams. It has the most money between the clubs because it’s [the] most elite version of football we get as fans.”

Caimi Young (’25) said she finds that the salaries of Premier League players are beginning to grow out of hand.

“If we look at some of the salaries that these guys are earning it’s becoming over the top,” he said. “We’re getting into that stage where we don’t want to go overboard with this so we need to start asking ourselves questions about whether these numbers are responsible.”

In addition, Track and Field Coach Phil Tiller said in recent years, the salaries of Premier League players have been blown out of reasonable proportion.

“Their salaries over time have grown to a place that’s almost unsustainable,” he said.

Nevertheless, Rishi Kurada (’23) said the revenue and recognition these athletes bring to their respective clubs on a worldwide stage justifies the exponentially increasing salaries of Premier League players.

“Over the last 20 years, it’s crazy how the salaries just keep on increasing and I guess that’s just with money these players bring in,” he said. “I think it is fair to say that [it is] due to the global attraction that players can get paid this amount.”

Along with Kurada’s point, Young said he understands why Premier League players earn such high salaries as players these days are marketed globally.

Furthermore, Yardley said with the grafting and continuous devotion needed to put on the Premier League season, its players justifiably receive high salaries.

“Once you get to that level of the Premier League, the amount of money they get paid is completely fair as a reward for all of their hard work and dedication,” he said.

Kurada said one potential reason for their exorbitant salaries is that Premier League players are also risking many opportunities to play football.

“When you commit to football, you are risking essentially every other option – almost any other opportunity in your life,” he said. “It makes sense that this small group of players are finally being rewarded cause we’ve seen so many other players that just didn’t make it and we never end up hearing about them.”

On the other hand, Young said there are other jobs that require incredible sacrifice to an even further extent than football.

“You look at the London police and everything that they do for us, sacrificing everything and putting their lives on the line for us, and funnily enough, they don’t even get a quarter of what these footballers make,” he said. “Unfortunately that’s the way that life is, it’s unfair. ”

Similarly, Kurada said our society expects brave acts by the police, yet they are not given as much recognition and engagement as football players.

“A game over the weekend, I hear all my friends talking about it,” he said. “But an action by the police force is just something people don’t talk about as much.”

Tiller said there is a similar sense of lack of appreciation for women’s football, leading to a deficiency in the sum that they are paid.

Iman Eldukair (’24) said there is a blatant reason for the disparity in women’s salaries.

“[The] more people think women can’t be as good as men in football, the less money and attention they’re going to get,” she said. “If you do not get attention from supporters or the world or social media, it is impossible to be able to get that revenue.”

Ultimately, Eldukair also said the patriarchy is the reason for the gender pay gap within football.

“There is sexism when thinking women can’t be as good or better football players than a man can,” she said. “It’s unfortunate but hopefully with time, improvements will come.”