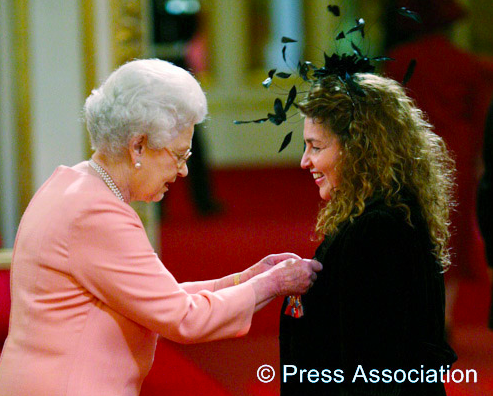 Jo Shuter, step-mother of Seventh Grade Aide Sean Ross, has given her all to Quintin Kynaston since her appointment in 2001. “She lives and breathes QK [Quintin Kynaston] and I think it’s very difficult for her not to be involved at the school,” Ross said in regards to Shuter. Shuter was recently suspended from her position by the school’s governors for misuse of funds.
Ross was taken aback by the decision. “It’s obviously been a huge shock for Jo, whose life’s work over the last decade or so has been improving QK, and in turn that has affected all the immediate family,” he said. “It’s been really difficult to take in because we’ve all been involved in the school and we’ve all supported her and her vision of improving QK.”

Chris Sale, one of the Deputy-Heads at QK, who has worked closely with Shuter for the whole time she has been at the school, has taken over as acting head. “On receipt of serious allegations relating to the management of the school, governors took immediate action to initiate an investigation and are now referring the matter to the police. In order to facilitate this investigation and ensure that pupils’ education is not compromised during this process, we have now also taken the decision to suspend the Headteacher,” Patrick Lees, Chair of Governors at the school, told the British Broadcasting Company (BBC).

Shuter, who was awarded the title Commander of the Most Excellent Order of the British Empire (CBE) in 2010, is largely credited with hugely improving QK and recently spoke out against Secretary of State for Education Michael Gove for the way in which GCSE testing was modified this year. The changes resulted in a 14 percent decrease in English GCSE pass rates at QK. “I think that what she said was absolutely right and that she was outspoken and I’m sure there might be some sort of connection [between her comments and her suspension],” Ross said.

Middle School General Program and After School Program Assistant Muktar Ali, who also mentors the High School Robotics Team, was a student at QK who started around the same time that Shuter took over as head teacher and spent seven years at the school. He only had good things to say about Shuter and the school. “It’s clear to see how the school has changed for the better,” he said. “While I was there, there were a lot of changes. The facilities were always brought up to scratch. [Shuter] did a great job.”

Ali had strong opinions on the situation. “For her to do something stupid like that [misusing funds], there’s something definitely wrong in the allegations. Where she has brought the school, why would she jeopardise that for what they’re claiming she has done,” he said.

The suspension has come as a shock to many students and teachers at the school as well as the parents, Ross said. “Generally everyone was shocked and rocked by the allegations but people have been very supportive. The students ask about her every day. Ex-pupils are communicating asking what’s going on. Parents have been supportive; they know she takes the time to get to know their kids. You know they want her to come back,” he said.

Ross has spent many years devoting time to improving the relationship between ASL and QK, which is something he says may not be possible anymore. “As the ASL community knows, I’ve always been strongly involved with QK. I’m not yet sure whether I can continue that same relationship that I had, but my intentions are to maintain the community partnership that ASL and QK have as I would like to support QK even though we’re going through this process,” he said.

It is evident that although there is a lot still to be uncovered the damage has already been done.

Ross bemoaned the lack of clarity regarding Shuter’s situation. “One of the things that makes it so difficult is that you’re never really 100 percent clear on what’s happening. Allegations have been made, investigations are in process,” he said. “We don’t know how long its going to take, we don’t know the extent of the damage it might be making and it’s just a very stressful period.”

Ali expressed his disappointment over the QK’s governors apparent lack of support for Shuter. “I think that QK’s governors should have supported her more,” he said. “I don’t know whether, even if everything is cleared, she’s going to come back because it’s almost like the ultimate betrayal by your close colleagues. Hopefully everything will blow away and everyone will see that nothing wrong has happened.”