Breaking down the Olympic opening ceremony 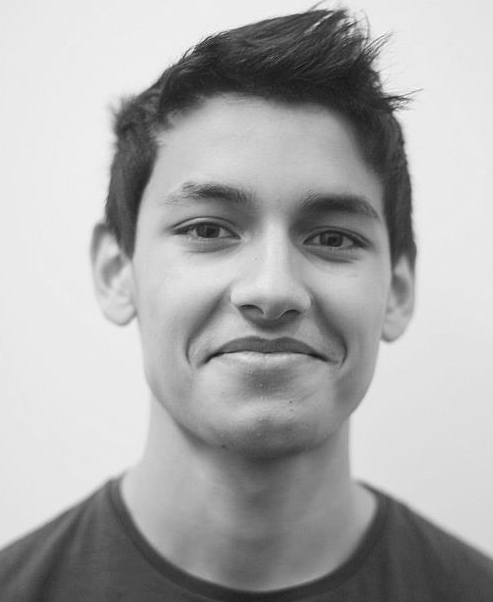 Danny Boyle, the director of masterful films including Slumdog Millionaire (2008) and Trainspotting (1996), had immense pressure to, in the space of approximately a year, weave together an opening ceremony which over two billion eyes would scrutinize.

In mid-April, details were disclosed regarding the layout and progression of the ceremony. International media mocked and ridiculed what was believed to be a rural, agrarian sequence. What the papers, self-deprecating British public, and even the London Organizing Committee for the Olympic and Paralympic Games (LOCOG) didn’t know was that it would be one of the most splendiferous nights in modern Olympic history.

When staging an event with the magnitude of Olympics, it’s inevitable that comparisons will arise with past opening ceremonies, especially that of Beijing. Hailed as a daunting yet dazzling spectacle, Beijing’s opening ceremony drew upon the themes of unity and grandeur; this induction was by all means unparalleled. Meticulous planning and hordes of skillful volunteers were required. How would London, with a fraction of the population and the enthusiasm, possibly hope to match the raw ferocity of an emerging superpower’s intricate rendition of the greatest show on Earth?

Well, it didn’t. Boyle opted to celebrate Britain’s history and amenities rather than rely on manpower and intimidation. Images of the “Pandemonium” sequence, in which five enormous, sparkling Olympic rings constructed with the relentlessness of the Industrial Revolution, were splashed across websites, newspapers, feeds and desktops worldwide. Rowan Atkinson, who’s known as Mr. Bean in over 245 countries, James Bond and the Queen made lighthearted cameos. The National Health Service, a uniquely British gem, was emblematized into a dance troupe. Suffragettes, military representatives, chimney sweepers, business magnates, Paul McCartney, The Sex Pistols and even the EastEnders theme squeezed in. In digging for national treasures, Boyle left no stone unturned.

Perhaps the beauty of the opening ceremony lies not within its organizational qualities but in its audacity. After all, London was in decline. Bickering politicians, financial uncertainty, socio-economic frustration, unemployment, transport strikes and miserly weather were eating away at London’s status as the most revered city on the planet. The Olympics themselves were often viewed as a taxpayer’s burden rather than a gift.

The opening ceremony was a volley back; it was an antidote to cure London’s societal ills. As with international sporting events, crowds would huddle around televisions and cheer on Britain’s finest athletes. But now, it was their city, their home and in some cases their neighborhood, performing for the world. It restored the faith in not only Britain but also in the historic ideal of being British, eccentrically so at times.

Months before London’s doors opened to the world, Boyle revealed that the theme to the ceremony would be known as “Isles of Wonder.” Unlike Boyle intended, the “wonder” may not have only been in the content of the ceremony, but also in its role as a bulwark for Britain against naysayers and cynics – most of whom, of course, would be British anyway.

At various points, I truly enjoyed the ceremony, and it was an engaging spectacle. Britain never could have competed with the sheer immensity of the Beijing opening ceremony, and Danny Boyle rightfully opted to go in another direction. He did focus on all of Britain’s “amenities,” and shied away from competing with the scale of Beijing opening ceremony, which could be considered breathtaking on merit of its gargantuan size and slick organization alone.

When I first heard Danny Boyle would be overseeing the opening ceremony of the games I was excited, and thought the London Organizing Committee for the Olympic and Paralympic Games had made the right decision. Boyle’s first, and arguably his most important film Trainspotting, resonated profoundly with critics and audiences alike due to how different it was. The film, which follows protagonist Ewan McGregor as he sleepwalks through his life of squalor in Edinburgh with his heroin addict friends, was considered to be one of the most important British films of the generation and captured the sentiment of dissatisfaction that coursed through the veins of Generation X, whose members had now grown up and were disillusioned with life in the nineties.

It was with an air of expectation that I tuned into the games’ opening this year. Alas, though I was amused, I was left sorely disappointed. Boyle didn’t seem at all interested in pushing the envelope and delivered a repackaged version of the Diamond Jubilee celebrations, adjusted slightly to fit in to the games. The Telegraph called the Diamond Jubilee “nostalgic, naff [lacking in taste], moving and quintessentially British.” There was no need for yet another reminder of just how quaint Britain’s past was.
It seemed Boyle was pandering to the expectations of those ignorant foreigners who think that Britain, and London in particular, is a land of posh town houses, plummy accents, butlers, tea and biscuits and a monarchy that is deeply intertwined with the very fabric of society.

Make no mistake, I adore Britain. I’ve lived in Britain my whole life, and appreciate every aspect of its history. I just thought this was Britain’s chance to impress on the world stage. This should have been the presentation of a new twenty-first century nation, whose best days are yet to come. Instead, this was an endearing love letter to the Britain of yore. I would have liked to have seen a strong case made for the uniqueness of the Britain of today, for the vibrancy of modern-day London.

Instead, as an emissary for our generation, we were given Dizzee Rascal. The world, and most certainly Britain, will look back on these games fondly, as it should. But a word to future ceremony-coordinators: The present is fleeting and precious. Celebrate it while you have the chance.

People will pay homage to phone boxes and the Beatles for hundreds of years, as they should. Though perhaps, just this once, Danny Boyle should have been a little braver. Plus, there was no David Bowie at either ceremony, which I’m still bitter about.